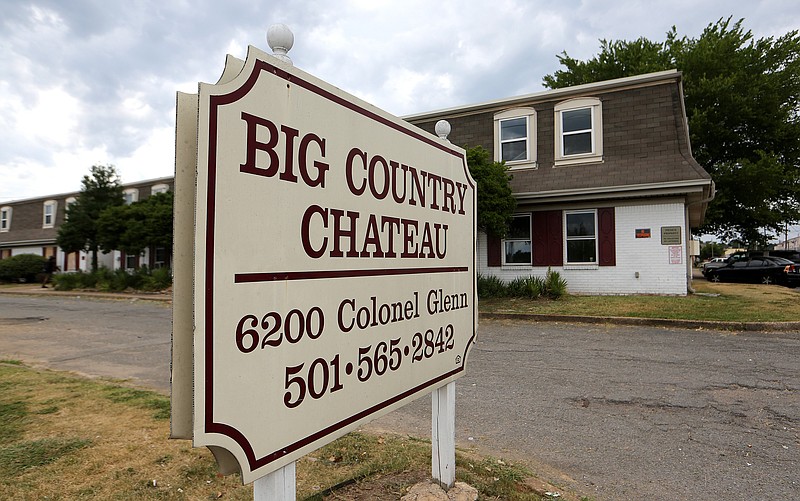 A southwest Little Rock apartment complex targeted by regulators over reports of $200,000 in unpaid water bills and more than 300 city code safety violations moved closer to resolving its differences with the city on Monday.

The citations, filed in August, represent inspection findings from 18 apartments and two buildings on the 4.9-acre property near the intersection of Asher Avenue and South University Avenue by the University of Arkansas at Little Rock. City officials and Big Chateau representatives are due back in court on Nov. 14 to report on progress on the property.

A July inspection by police, fire and code inspectors went through 149 of the 151 units, documenting 337 life safety violations and 975 lesser violations. Some units were found without working furnaces, with inspectors also reporting instances of improper electrical receptacles installed in kitchens and bathrooms. Many apartments were found to have no smoke/carbon monoxide detectors, and no fire extinguishers were seen.

Separately, the 57-year-old apartment complex, which sold in 2019 for $6.4 million, is fighting a consumer-protection lawsuit filed by the attorney general's office in response to the city's findings and complaints by tenants that the water and electrical services they had paid for as part of their rent were at risk of being shut off.

State regulators found that the complex owed $222,932 in water bills as of August because the complex had not been paying regularly since January 2020, court filings show.

According to the lawsuit, apartment operators deliberately rented apartments knowing they could be unsafe and further accepted payment from tenants to pay for water and electrical services but failed to use the money for utilities. Court records show that Big Country was charging as much as $800 per month in rent in 2021, which was supposed to cover electric, gas, water and trash pickup.