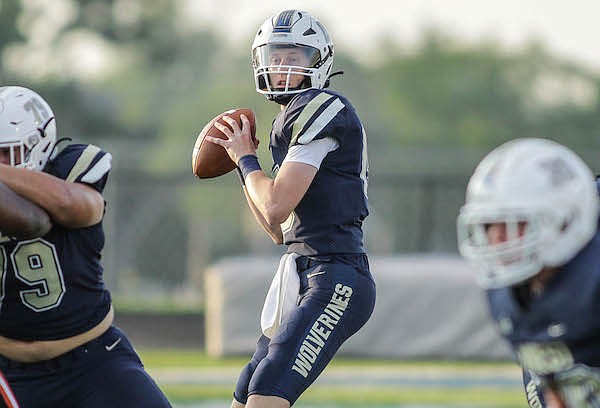 On Wednesdays we feature an in-state prospect who could be flying under the radar of college coaches. This week's UTR prospect is Bentonville West’s Jake Casey.

“He put on about 25 pounds during the offseason. That obviously helps him. He’s pretty athletic. A lot of people don’t think he can run, but he’s a 4.7 (40-yard dash) guy. He can run when he has to. He’s a really smart kid and has a really strong arm. He does a lot checks for us. He understands defenses. He’s one who puts in the time for film study and does all the extra stuff he needs to.

“He’s a great kid that comes from a great family and they push him to do right and support what we do as coaches. He has a big future ahead of him.”