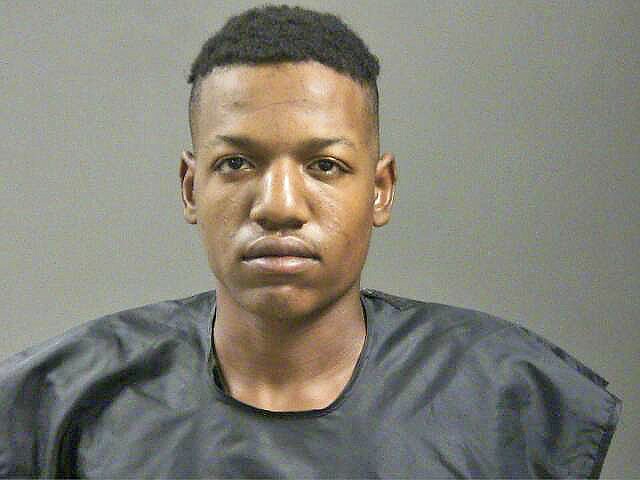 FAYETTEVILLE -- A Fayetteville man pleaded not guilty Wednesday to a capital murder charge in connection with a shooting in the city last month.

Keyvon Tah'lil Jarrett, 22, was given a Nov. 23 court date before Washington County Circuit Judge Mark Lindsay. Capital murder, if convicted, is punishable by life in prison without parole or the death penalty.

Jarrett was arrested in connection with the fatal shooting of Edwin Swan, 28, of Fayetteville, in the parking lot of the McDonald's restaurant on College Avenue on Sept. 6.

The shooting happened around 9:55 p.m, according to information from Fayetteville police. An officer was nearby and heard gunshots, police said. The officer went to the McDonald's at 1641 N. College Ave. and found Swan, who had been shot. He was taken to a local hospital where he was pronounced dead.

Sgt. Anthony Murphy, public information officer for the Police Department, said Swan had been shot once at close range.

Jarrett later turned himself in to Conway police and was brought to the Washington County Detention Center where he's being held with no bond, according to Fayetteville police.

Crawford County has a hold on Jarrett related to an attempted armed robbery at an Alma gas station Sept. 12. Crawford County Sheriff Jimmy Damante said Jarrett was a suspect in a robbery at the Workman's Travel Center in Alma, off the Rudy exit.

Jarrett allegedly approached a man, showed him his gun and demanded his wallet. The man pulled a gun of his own and Jarrett allegedly ran away while firing two shots at the man. No one was hit.

Swan was arrested in April in connection with a shooting at the Walton Arts Center parking lot in Fayetteville as bars were closing. A 22-year-old man was shot in the chest after multiple gunshots were fired. The wound was superficial. The incident was related to an earlier fight at a bar, the man told police.

Witnesses identified Swan and another man, Montavius Knighten, 24, of Springdale, as suspects in that shooting. Officers found both near the scene with guns in their possession and arrested them, according to the report.

Knighten told police he shot the man, according to a police report. He said he followed Swan as they ran toward the 22-year-old man but didn't know where they were going. Knighten said he saw the 22-year-old man point a gun at them, so he pulled out his gun and shot at him, the report says.

Knighten has been charged with first-degree battery and committing a terroristic act. He entered a not guilty plea and is awaiting trial.

Swan was arrested in connection with aggravated assault for having approached the 22-year-old man with a gun displayed in a manner that caused the man to believe he was about to be shot, according to the police report.