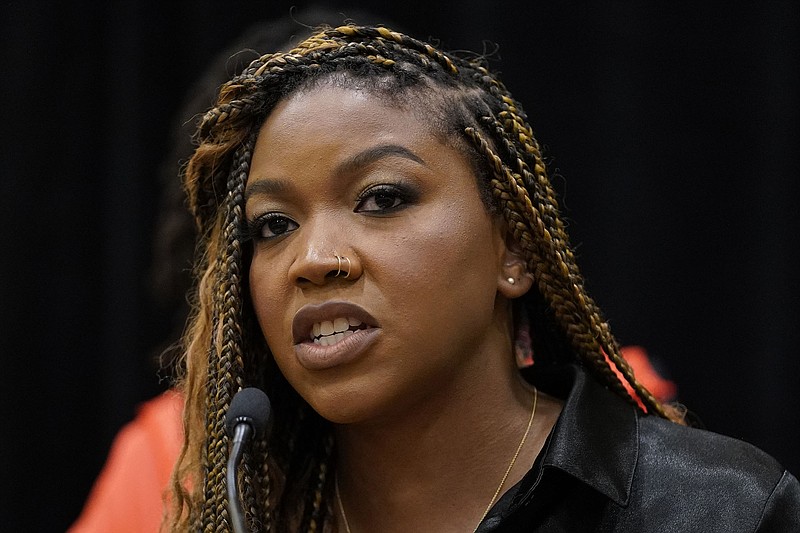 WASHINGTON -- WNBA star Brittney Griner is at her "absolute weakest moment in life right now" as she faces a hearing in Russia later this month for her appeal of a nine-year prison sentence for drug possession, Griner's wife said in an interview aired Thursday.

Cherelle Griner told "CBS Mornings" that her wife, a two-time Olympic gold medalist who was playing in Russia during the WNBA offseason, is afraid of being forgotten by the United States.

"She's very afraid about being left and forgotten in Russia, or just completely used to the point of her detriment," Cherelle Griner said.

She said Brittney Griner told her in a phone call that she felt "like my life just doesn't matter."

"Like, 'y'all don't see the need to get me back home? Am I just nothing?'" Cherelle Griner quoted her wife as saying. It wasn't clear when the call took place.

Brittney Griner was convicted Aug. 4 after Russian police said they found vape canisters with cannabis oil in her luggage at Sheremetyevo Airport in Moscow. Her defense lawyers said she had been prescribed cannabis for pain. The WNBA star said she had inadvertently packed them and had no criminal intent.

She is appealing her prison sentence; the hearing is scheduled for Oct. 25. But Cherelle Griner said after that hearing, her wife could potentially be moved to a labor camp.

"My brain can't even fathom it," she said in the CBS interview.

President Joe Biden met with Cherelle Griner at the White House last month. He also sat down with Elizabeth Whelan, the sister of Paul Whelan, another American currently imprisoned in Russia. The Biden administration said in July that it had made a "substantial proposal" to get them home. The administration has not provided specifics about its proposal, but a person familiar with the matter previously confirmed it had offered to release Viktor Bout, a convicted Russian arms dealer imprisoned in the U.S.

Cherelle Griner said the president is "doing what he can, but there's another party in this situation." She said it's going to take Russian President Vladimir Putin changing his mindset. 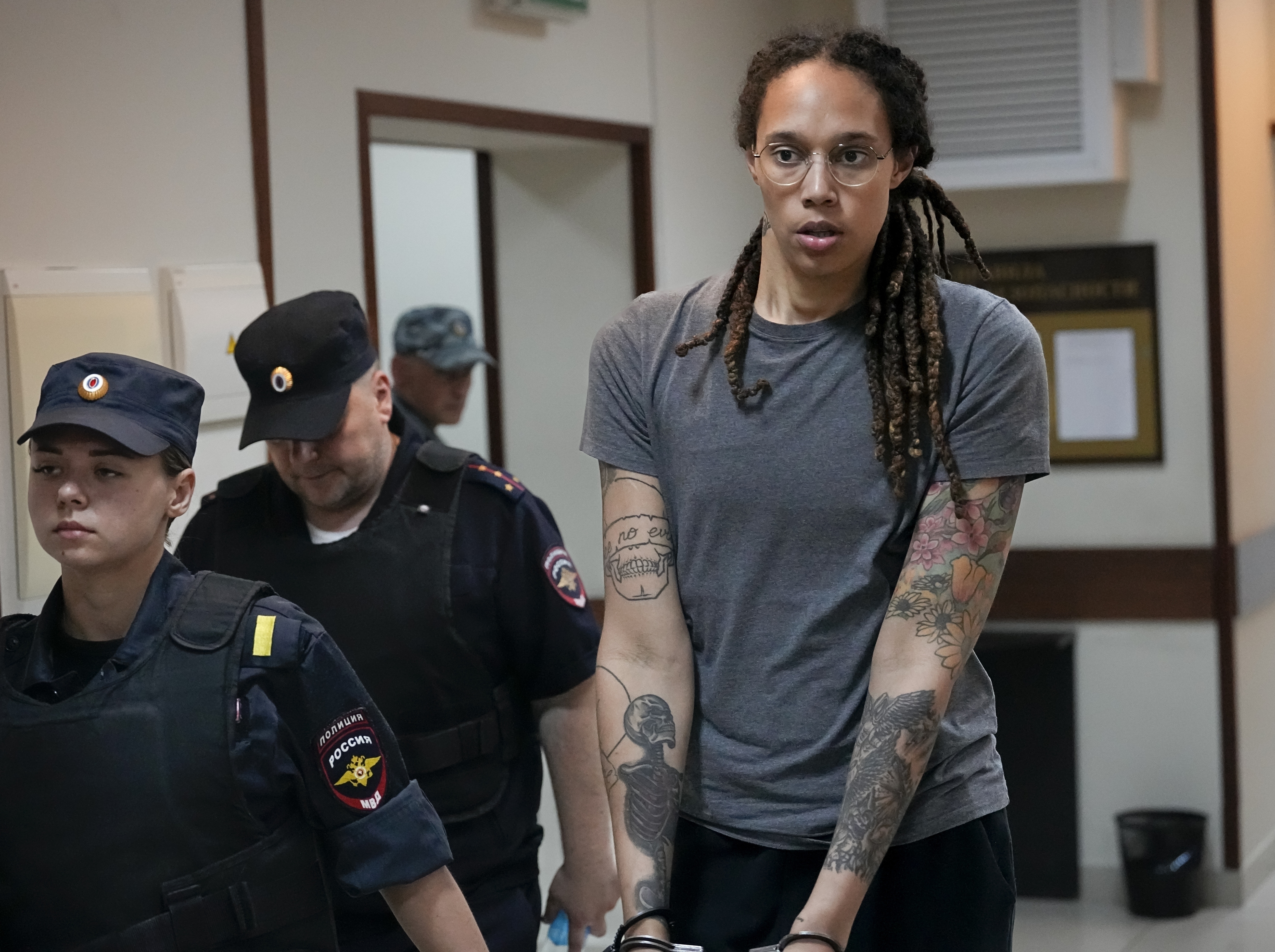 FILE - WNBA star and two-time Olympic gold medalist Brittney Griner is escorted from a courtroom after a hearing in Khimki just outside Moscow, Russia, on Aug. 4, 2022. (AP Photo/Alexander Zemlianichenko, File)