OPINION | REVIEW: David O. Russell’s overcrowded Hollywood party not as fun as it should be 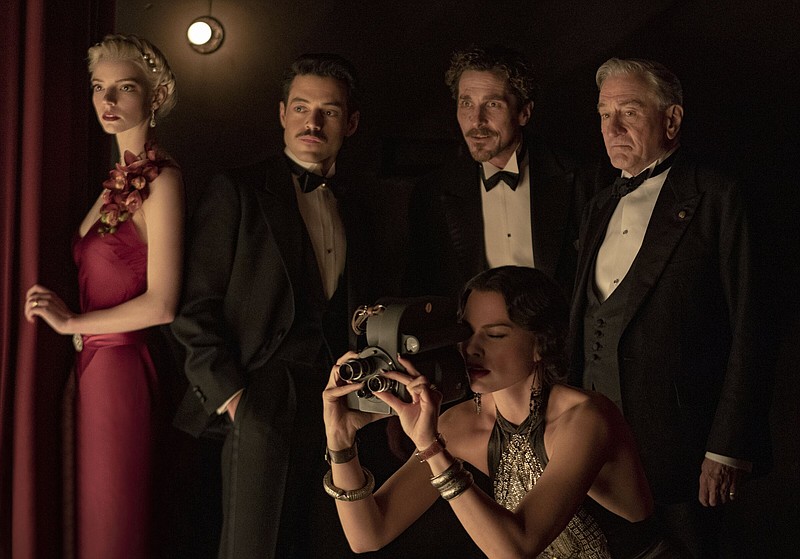 David O. Russell's reputation has taken a significant nosedive since his heyday nearly a decade ago, when his films, including "The Fighter" and "Silver Linings Playbook," were piling up the Academy Award nominations, and his big-cast free-for-alls were seen as aspirational Hollywood throw-backs, calling to a time when studios would bankroll serious-minded adult fare without a second thought.

Since then, more and more stories have come out about his manic behavior on set -- such that George Clooney, in one early such episode, once punched him in the face -- and his near constant barrage of profanity laced tirades against his actors on set, where he likes to create a sense of chaos to keep them unnerved, has been viewed far more dimly than before.

At his best, Russell's films can evoke an odd sort of hypnotic swirl, taking you under the spell of his off-beat productions in a way that feels nearly singular. Boorish (or worse) on set, his madness can have at least a bit of method to it, as long as all the disparate elements seem to be at least vaguely pointing in the same direction.

It's a high wire act, though, as you can imagine, so when this magic alchemy fails, it plummets to the ground from several hundred stories up. This brings us to his first feature in six years, a high-concept mishmash that glaringly feels like a bunch of glossy actors performing at 130% of their max output, all coming from totally separate productions. It's like a lime Jell-O mold filled with Light Bright pegs, or a Christmas Tree festooned with glowing, neon hooks.

"Amsterdam," based loosely on real events (the film opens with the line "A lot of this really happened"), is first set in 1933 Manhattan, and concerns a pair of best friends: a drug-experimenting doctor, Burt Berendsen (Christian Bale, essentially performing an SNL-level Al Pacino imitation), and a Columbia-educated lawyer, Harold Woodman (John David Washington), both of whom fought, and were badly wounded together in WWI, some 13 years before. That also happens to be when they befriended a wild-eyed nurse/artist named Valerie (Margot Robbie), and spent some months together as a trio of best friends (and for Valerie and Harold, much more than that) in, you guessed it, Amsterdam, where they got to enjoy their post-war glory together.

Now, having long separated from Valerie, who vanished back into her old life as a member of a hyper-wealthy family in New Jersey, the pair find themselves suddenly mixed up in a grand conspiracy, after the daughter (Taylor Swift) of their old, beloved former regiment captain, Bill Meekins (Ed Begley Jr.), comes to them hoping to find answers as to why and how he was killed. After she's cruelly dispatched in front of them by a scarred-up assassin (Timothy Olyphant), and then accused of performing the crime themselves, they have to go on the lam to avoid the cops chasing after them. All of which eventually leads them back to Valerie, or more precisely, to Valerie's mysterious brother, Tom (Rami Malek), who promises to help them by hooking them up with General Dillenbeck (Robet De Niro), a retired military man and good friend to their murdered captain.

Things continue in this sort of way, with ever more characters (being played by highly recognizable actors) piling in, and leading them to and fro, until things finally come to a head at a regiment reunion fundraiser, where the General plans to give a speech, broadcast around the country, as to the government's shabby treatment of its bedraggled veterans. Naturally, the event brings all the different characters together at once, for a Final Confrontation that barely makes the finish line, gasping and wheezing, as if staggering from heat stroke.

The film's failure to engage is notable in that it bears many of the usual assortment of Russell adornments: Huge-name casts, quirky storytelling, off-kilter details (Berendsen, Woodman, and Valerie all bond after creating a made-up "nonsense song" which they still break into at odd moments), and a serviceably screwball sort of plot. But it becomes clear the director can't quite find a tone for his ensemble: Moments feel almost comedic, other times, it feels more maudlin in its depiction of veteran ailments and grief, still other times, revealing the depth of the malevolent plot against U.S. democracy -- backed, it should surprise no one, by big-money corporate interests -- the film seems to want you to feel outraged, connecting the not-so-subtle dots to our current era of money-pandering-begetting-policy state of affairs.

Only, because all of this is filtered through Russell's peculiar lens, there's too much of an emotional disconnection to actually feel much of anything, other than a growing sense of boredom, despite the actors' slightly unhinged performances.

Which brings us to the cast, who, bless their hearts, emote like crazy, and try to ride the bucking bronco of Russell's direction, only to completely lose their way in the process. Bale, who's never shied away from bold performance initiatives, takes his Pacino-aping to near terminal levels ("Am-steh-dem," he intones, his mouth curling downward like a Mafia don sniffing a glass of curdled milk), and one gets the sense the talented Robbie and Washington are just barely hanging on to what they're being asked to do. Most successful -- besides De Niro, whom, one imagines, not even Russell would mess with -- is Olyphant, as it happens, who embodies the smug villainouness of his henchman character with the right amount of menace and fury. Meanwhile, the less said about Malek (whose perpetual odd affect already feels halfway to Russell territory), the better.

For a man who likes to keep his cast disconcertingly untethered, it's pretty clear that their discomfort with Russell's direction has led them to make choices in search of a character, instead of the other way around. In fact, the whole enterprise has a similarly thrown-together vibe, like improv comics who find themselves run aground after the audience suggestions haven't coalesced.

In place of such clear motivations, Russell fills the screen with big stars, on big sets, with nonsensical camera moves, all designed to distract from the basic failures of the production. With its overblown stylings, and wavy, melodramatic tone, it's as if we're watching the feature debut of Max Fischer, the precocious teenager from Wes Anderson's "Rushmore." That's not intended as a compliment.