RICK ON THE ROAD: Fort Smith schools have a long, rich tradition of championships on the football field 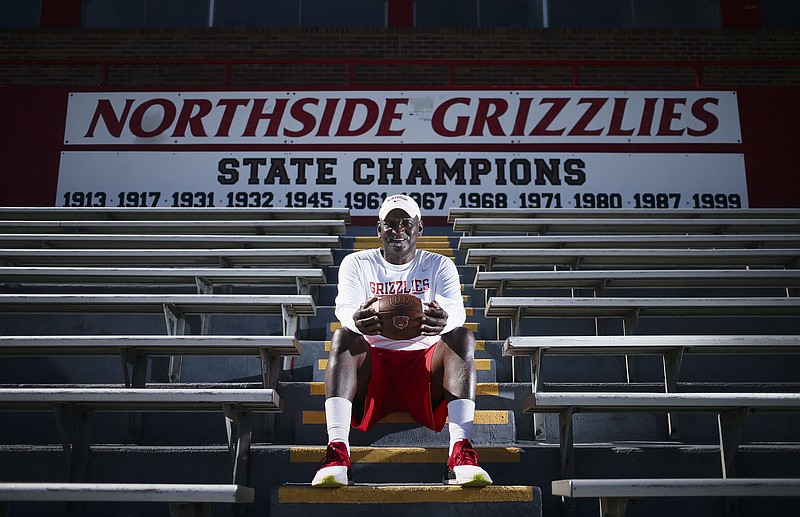 FORT SMITH -- Mention the "Battle of Rogers Avenue" to nearly anyone in Fort Smith, and they'll instantly recognize it as the annual showdown in football between Northside and Southside High Schools.

But Fort Smith began its rise as a football town long before Northside and Southside began challenging for conference and state championships. The biggest development came in 1964 when Fort Smith schools started integration and students who had attended all-black Lincoln began enrolling at Northside High School. Billy Joe Releford was one of the barrier breakers, first as an outstanding player, then as a longtime assistant football coach and head track coach for the Grizzlies.

"I was one of the [black] kids who integrated Darby Junior High, and when I got to the high school level, the groundwork had already been made," said Releford, who first put on a Grizzlies' uniform in 1967. "That's because of guys like Benny Shepherd, Jerry Jennings and Almer Lee in basketball. Everything was smooth, and the guys on the coaching staff, like Bill Stancil and Jim Rowland, made it that way. If you could play, you could play. It didn't matter to them what color you were."

Northside won six state championships between 1961 and 1980 when a new chapter for high school sports in Fort Smith began with the introduction of the Southside Rebels (now Mavericks) on the south end of town. That sparked the annual "Battle of Rogers Avenue," named after the main road that snakes through the interior of Arkansas' third-largest city and serves as the boundary between Northside and Southside students.

Clashes on the football field began in 1965 and grew into the state's best high school rivalry when Northside or Southside played in 14 of the 20 state championship games held in Arkansas' largest classification between 1983-2002. Stancil led what was then-Fort Smith High -- and that morphed into Northside in 1961 -- to five state championships over 11 seasons and won 33 consecutive games with standout players such as Jarrell Williams, Jim Grizzle and John Boozman, all of whom later played for Frank Broyles at Arkansas.

Southside developed into a powerhouse first under Bob Gatling and then under Barry Lunney, a former Northside quarterback, who coached for 16 years at Southside and guided the Rebels (now Mavericks) to state championships in 1991, 1992, 1997 and 2002.

"Barry Lunney's greatest asset is that he's a man of character and leads by example," Rowland, who spent many years as the athletic director of Fort Smith Public Schools, said after Lunney retired from coaching in 2014. "He's a great Xs and Os coach who helped bring in the spread offense. But he also held kids accountable and taught them how to do things the right way."

Southside won its seventh state championship under Jeff Williams in 2006 when Josh Davis kicked a 37-yard field goal in the closing seconds to beat Rogers 23-22.

High School football in Fort Smith once included St. Anne's Academy, a Catholic private school that held separate winning streaks of 44 and 38 games without a loss. Martine Bercher played there before attending the University of Arkansas and helping the Razorbacks win a version of the national championship in 1964.

But Fort Smith is much more than a football community. The city's rich history with the old west is celebrated each year with the Old Fort Days Rodeo at Kay Rodgers Park, beginning with a parade through the downtown area where 'Hanging Judge' Isaac Parker held court and sentenced over 160 people to death. Novelist Charles Portis earned national acclaim with the release of 'True Grit,' which was twice made into movies starring first John Wayne and later Jeff Bridges as Rooster Cogburn.

A United States Marshall Museum is near completion in Fort Smith by the bridge above the Arkansas River that carries travelers heading west into the former badlands of Oklahoma, where law enforcement officials like Bass Reeves retrieved desperadoes to face Judge Parker in court.

Today, Fort Smith's history with high school football lives on with the names attached to the stadiums at Northside and Southside. The Grizzlies play at Mayo-Thompson Stadium, named after former coaches Ben Mayo and John Thompson. Former coach and longtime athletic director for Fort Smith Public Schools Jim Rowland's name was added to Southside Stadium in 2009. Rowland retired in 2016 after 53 years as an employee with the school district.

Rick On The Road — Football Towns

Each week, award-winning Northwest Arkansas Democrat-Gazette sports columnist Rick Fires will go on the road across the region, visiting communities where football is an integral part of the Friday night fabric. Award-winning photojournalist Charlie Kaijo will document the journey through interviews and photographs that illustrate what makes each town a football town.

Prep Rally Game Of The Week

Chip Souza and Rick Fires preview this week’s 7A-West clash as undefeated Rogers travels to Bentonville West. Also on the agenda, Shiloh Christian will take on Harrison, and Springdale High is set to his crosstown rival Springdale Har-Ber.

Leland Barclay, who celebrated his birthday on Wednesday, previews the big games in the River Valley this week including Fort Smith Northside’s home game against 7A-Central newcomer Jonesboro.

NWADG Sports reporters take a look at Rogers’ big 29-28 win against Fayetteville on J.T. Miller’s 38-yard field goal with four seconds left in the game, and look ahead to this week’s big games around the region. 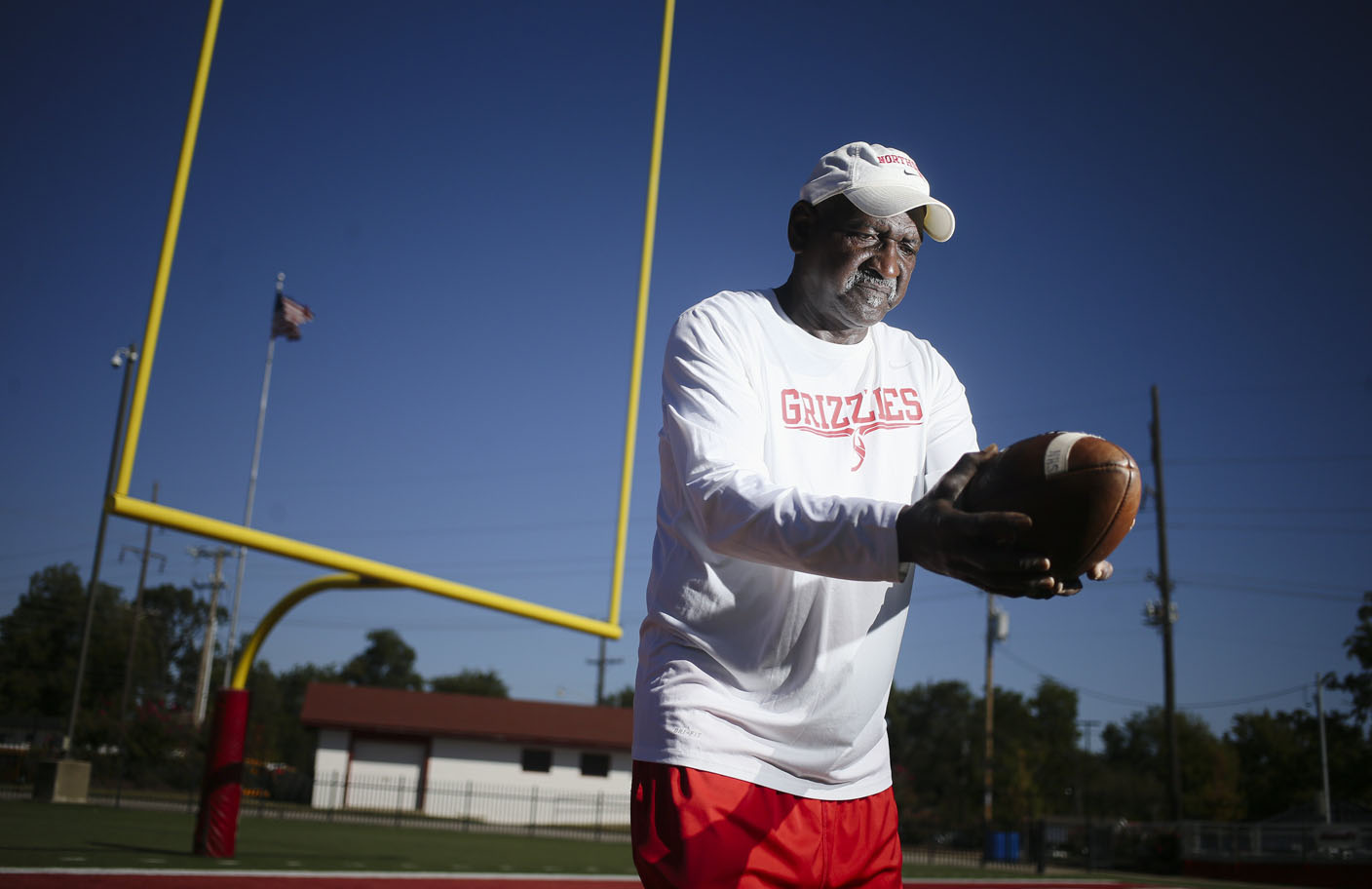 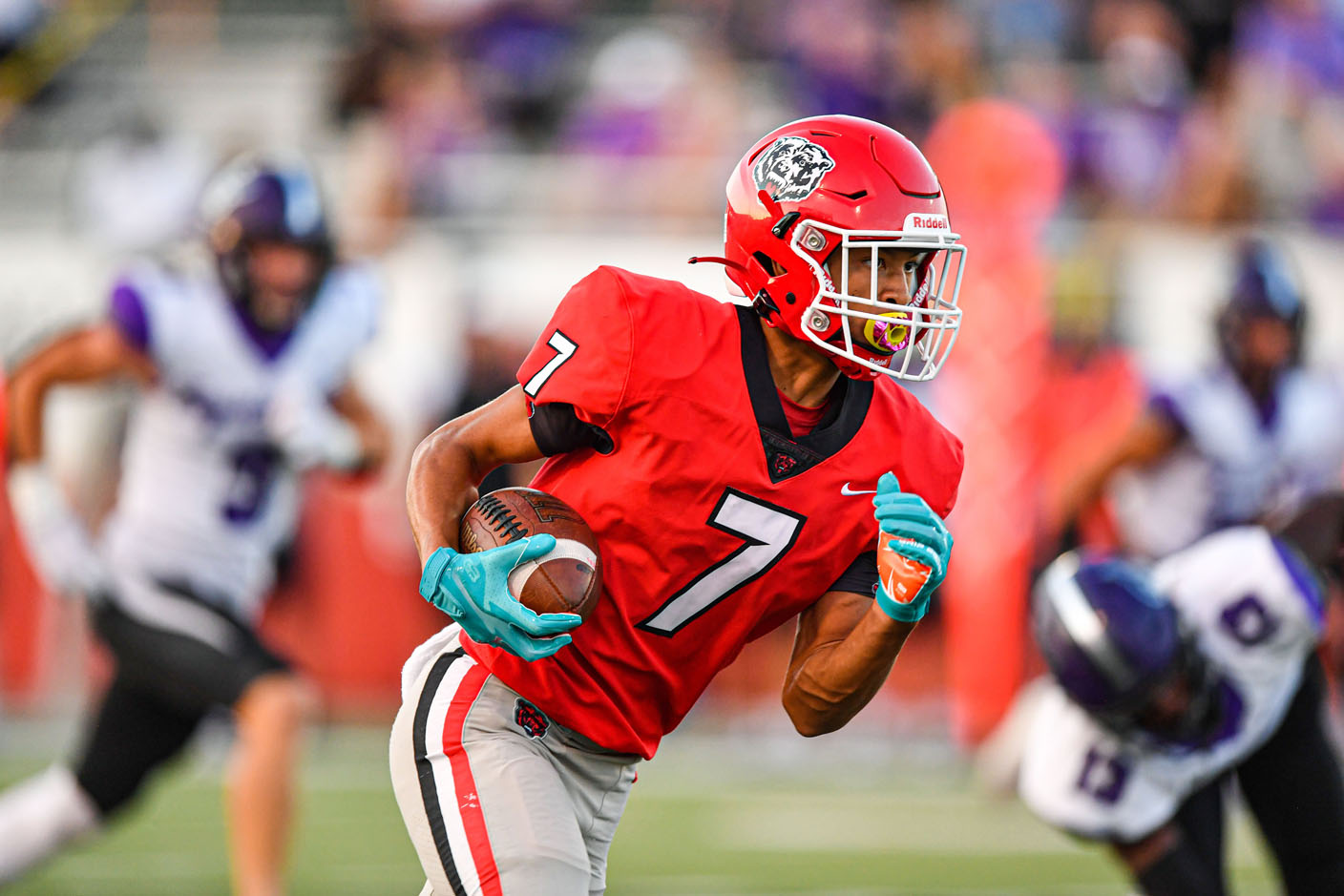 Print Headline: Order on the Border