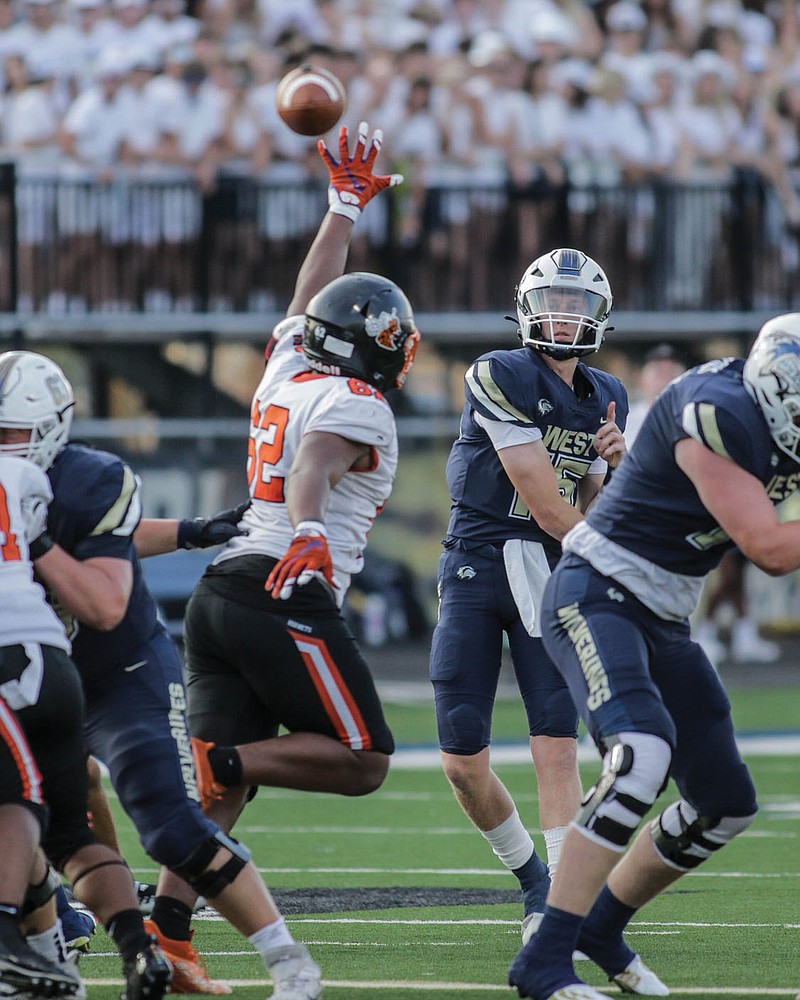 Bentonville West has an opportunity to do to Rogers what Fayetteville did to the Wolverines.

Fayetteville opened 7A-West Conference play two weeks ago by beating Bentonville West 42-28 at Harmon Field. Fayetteville then made the trip to Whitey Smith Stadium, where the Bulldogs lost 29-28 to Rogers on a late field goal by J.T. Miller. Now, it's Rogers' turn to hit the road tonight to Wolverines Stadium, where Bentonville West eagerly awaits after pounding Springdale High 41-0 last week.

The biggest uncertainty is how will Rogers respond as the only undefeated team left from the 7A-West after five games this season. That's added pressure for the Mounties (5-0, 2-0), who went from being unranked to No. 5 in the Class 7A poll by the Arkansas Democrat-Gazette after beating Fayetteville for the first time in 16 years.

Rogers coach Chad Harbison said the celebration was short-lived and that the focus this week has been entirely on Bentonville West, which beat the Mounties four consecutive years before losing 33-28 in a close game last season at Whitey Smith Stadium.

"Everybody is still in it right now," Harbison said. "We need to have the same energy as we did last week."

Bentonville West (3-2, 1-1) must avoid a repeat of what happened at Fayetteville. The Wolverines fell behind 28-0 while being ravaged by quarterback Drake Lindsey and a talented group of receivers. There were plenty of penalties as well committed by the Wolverines.

If Rogers wins, the Mounties will be 3-0 for the first time since 2006 when they won 12 consecutive before losing 23-22 to Fort Smith Southside in the state finals at Little Rock. But this shapes up to me as a four-team race in the 7A-West with Bentonville, Fayetteville, Rogers, and Bentonville West taking turns beating each other.

(Here are some other games involving teams from our coverage area. The picks are capitalized).