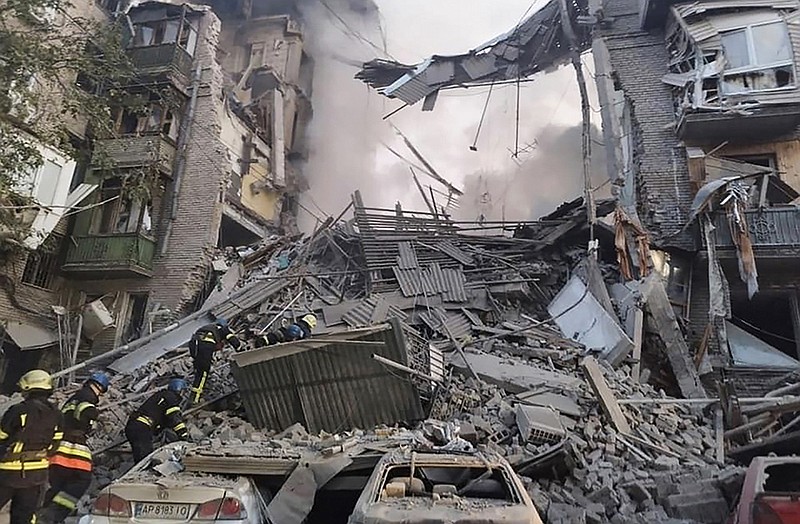 KYIV, Ukraine -- Russian missiles hit apartment buildings in the southern Ukrainian city of Zaporizhzhia on Thursday, killing at least seven people, with at least five others missing, in a region that Moscow has illegally annexed, a local official said.

Two strikes damaged more than 40 buildings hours after Ukraine's president announced that his military had retaken three more villages in another of the four regions annexed by Russia, Moscow's latest battlefield reversal.

The Zaporizhzhia regional governor, Oleksandr Starukh, who provided the casualty figure, said more than 20 people were rescued from the multistory apartment buildings. Rescuers who earlier took a 3-year-old girl to a hospital continued to search the rubble early today. Starukh wrote on Telegram that Russian forces used S-300 missiles in the attacks.

Russia has been reported to have converted the S-300 from its original use as a long-range anti-aircraft weapon into a missile for ground attacks because of a shortage of other, more suitable weapons.

"Absolute meanness. Absolute evil," Ukrainian President Volodymr Zelenskky said of the attacks, in a video speech to the inaugural summit of the European Political Community in Prague. "There have already been thousands of manifestations of such evil. Unfortunately, there may be thousands more."

Zaporizhzhia is one of the four regions of Ukraine that Russian President Vladimir Putin has claimed as Russian territory in violation of international laws. The region is home to a sprawling nuclear power plant under Russian occupation; the city of the same name remains under Ukrainian control.

The head of the International Atomic Energy Agency, Rafael Grossi, announced Thursday after meeting with Zelenskyy in Kyiv that the U.N.'s atomic energy watchdog will increase the number of inspectors at the Zaporizhzhia plant from two to four.

Grossi talked with Ukrainian officials -- and later will confer in Moscow with Russian officials -- efforts to set up a protection zone around the nuclear power station. Grossi said mines appear to have been planted around the perimeter of the plant, which has been damaged during the war and caused worries of a possible radiation disaster. Zelenskyy said Russia has stationed as many as 500 fighters at the plant.

Putin signed a decree Wednesday declaring that Russia was taking over the six-reactor facility, a move Ukraine's Foreign Ministry called a criminal act that was "null and void."

Ukraine's state nuclear operator, Energoatom, said it would continue to operate the plant, whose last operating reactor was shut down Sept. 11 because of frequent outages of external power needed to run critical safety systems. Transmission lines to the plant have been repeatedly shelled, and Grossi on Thursday reported shelling in an industrial area close to the plant's access road.

Outside the battlefront, Russian authorities detained several hundred Ukrainians trying to flee Russian-occupied areas Wednesday near the Russian-Estonian border, according to Ukrainian Commissioner for Human Rights Dmytro Lubinets. Citing the Estonian Ministry of Internal Affairs, he wrote on Facebook that Russian forces took the Ukrainians on trucks to an unknown destination.

Most of the detained Ukrainians had fled through Russia and Crimea and were seeking to enter the European Union -- Estonia is a member state -- or find a way to return home, Lubinets wrote.

Russia has forced thousands of Ukrainians into "filtration camps" to determine their loyalties. Zelenskyy said Thursday that more than 1.6 million Ukrainians have been deported to Russia.

The precise borders of the areas in Ukraine that Moscow is claiming remain unclear. Putin has vowed to defend Russia's territory -- including the annexed Donetsk, Kherson, Luhansk and Zaporizhzhia regions of Ukraine -- with any means at his military's disposal, including nuclear weapons.

Ukrainian forces are seizing back villages in Kherson in humiliating battlefield defeats for Russian forces that have badly dented the image of a powerful Russian military. Ukrainian officials said Thursday they have retaken 154 square miles of territory, including 29 settlements, in the Kherson region since Oct. 1.

Ukraine also was pressing a counteroffensive in the Donetsk region, which Moscow-backed separatists have partially controlled since 2014 but which remains contested despite Putin's proclaimed annexation.

In battered Chasiv Yar, a city in the Donetsk region 7 miles from heavy fighting, the human impact became clear as retirees waited to collect their pension checks at a post office.

"We are hoping for victory of the Ukrainian army," Vera Ivanovna, 81, a retired English and German teacher, said as artillery booms echoed. "We lived in independent Ukraine as you are living in America. We also want to live how you are living."

At least two Russian strikes have hit Chasiv Yar in recent days, with one person reportedly buried under the rubble of a dormitory. More than 40 people were killed in July when Russian rockets struck a residential building.

Russia said it had seized the Donetsk region village of Zaitsevo. The governor of the neighboring Luhansk region said Ukrainian forces had recaptured the village of Hrekivka. Neither battlefield report could be independently confirmed.

The U.S. government, meanwhile, sent its international development chief to Kyiv on Thursday, the highest-ranking American official to visit Ukraine since Russia illegally annexed the four regions. The head of the U.S. Agency for International Development, Samantha Power, met with government officials and residents and said the U.S. would provide an additional $55 million to repair heating pipes and other equipment.

"This war will be won on the battlefield, but it is also being won in Ukraine's ongoing efforts to strengthen its democracy and its economy," Power told reporters at Kyiv's train station.

She said Ukraine's success as a democratic country with a modern economy tackling corruption incensed Putin.

The European Union on Thursday froze the assets of an additional 37 people and entities tied to Russia's war in Ukraine, bringing the total of EU blacklist targets to 1,351. The newly sanctioned included officials involved in last week's illegal Russian annexations and sham referendums. The latest sanctions also widen trade bans against Russia and prepare for a price cap on Russian oil.

Zelenskyy said on Thursday it was "hard to say" whether the risk of nuclear war had increased with his military's territorial gains, but he remains confident his Russian counterpart would not survive such an escalation in hostilities.

Putin has warned that he won't hesitate to use nuclear weapons to ward off Ukraine's attempt to reclaim control of Moscow-occupied areas.

Asked if the risk of Russia using nuclear weapons had risen, Zelenskyy said through an interpreter: "It's hard to say."

He questioned whether Putin had enough control over the Russian campaign to direct a tactical nuclear strike. The Russians found it "hard to control everything that is happening in their country, just as they're not controlling everything they have on the battlefield," Zelenskyy said.

"He understands that after the use of nuclear weapons he would be unable any more to preserve, so to speak, his life, and I'm confident of that," Zelenskyy said.

Sweden's domestic security agency said Thursday that its preliminary investigation of leaks from two Russian gas pipelines in the Baltic Sea "has strengthened the suspicions of serious sabotage" as the cause and a prosecutor said evidence at the site has been seized.

The Swedish Security Service said the probe confirmed that "detonations" caused extensive damage to the Nord Stream 1 and Nord Stream 2 pipelines last week. Authorities had said when the leaks off Sweden and Denmark first surfaced that explosions were recorded in the area.

The agency, which said what happened in the Baltic Sea was "very serious," didn't give details about its investigation.

But in a separate statement, Swedish prosecutor Mats Ljungqvist said "seizures have been made at the crime scene and these will now be investigated."

Ljungqvist, who led the preliminary investigation, did not identify the seized evidence. Ljungqvist said he had given "directives to temporarily block [the area] and carry out a crime scene investigation."

Now that the initial probe is completed, a blockade around the pipelines off Sweden will be lifted, he said.

The governments of Denmark and Sweden previously said they suspected that several hundred pounds of explosives were involved in carrying out a deliberate act of sabotage. The leaks from Nord Stream 1 and 2 discharged huge amounts of methane into the air.

Last week, undersea explosions ruptured Nord Stream 2 and its sister pipeline, Nord Stream 2, at two locations off Sweden and two off Denmark. The pipelines were built to carry Russian natural gas to Germany.

Danish authorities said the two methane leaks they were monitoring in international waters stopped over the weekend. One of the leaks off Sweden also appeared to have ended. 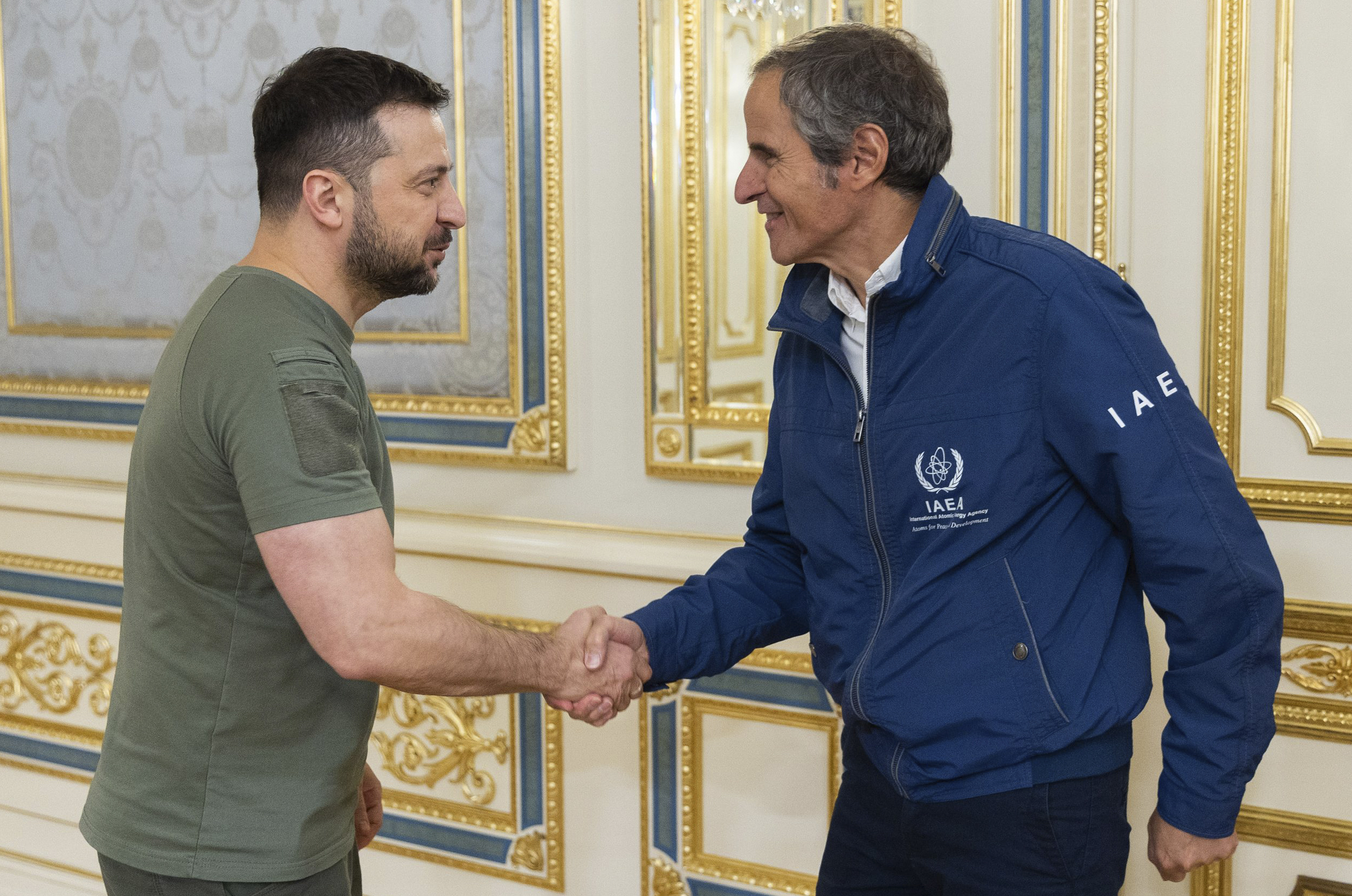 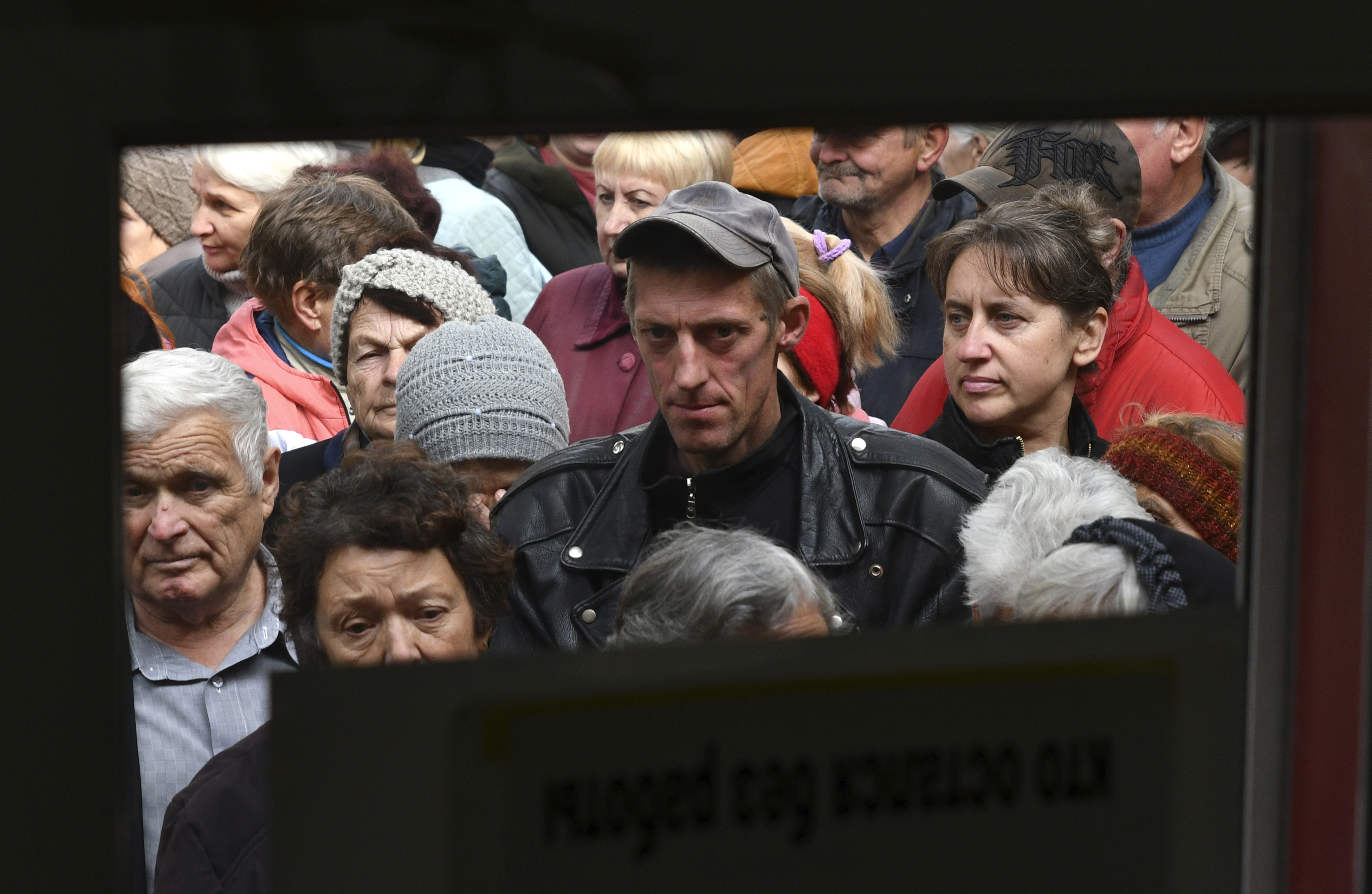 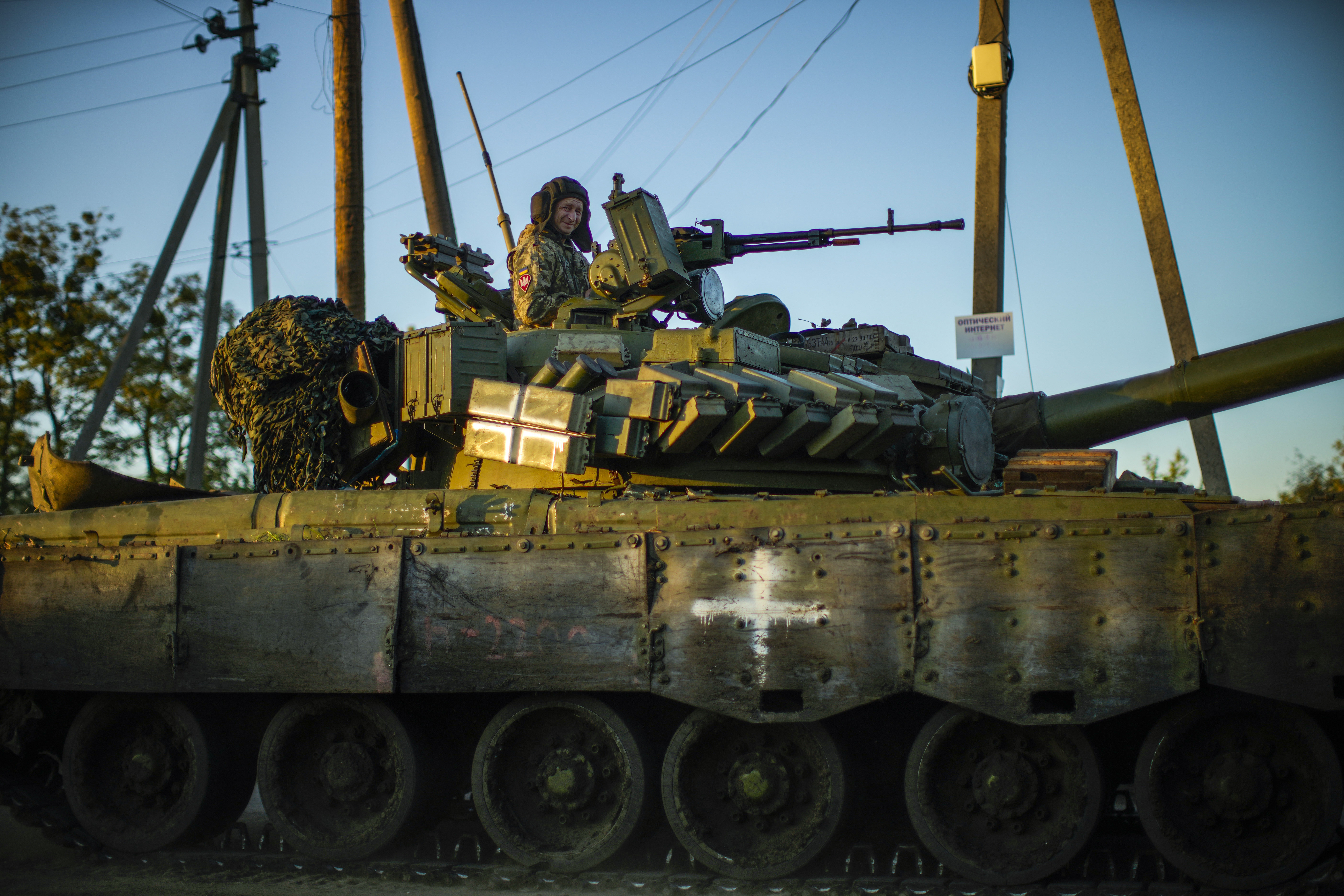 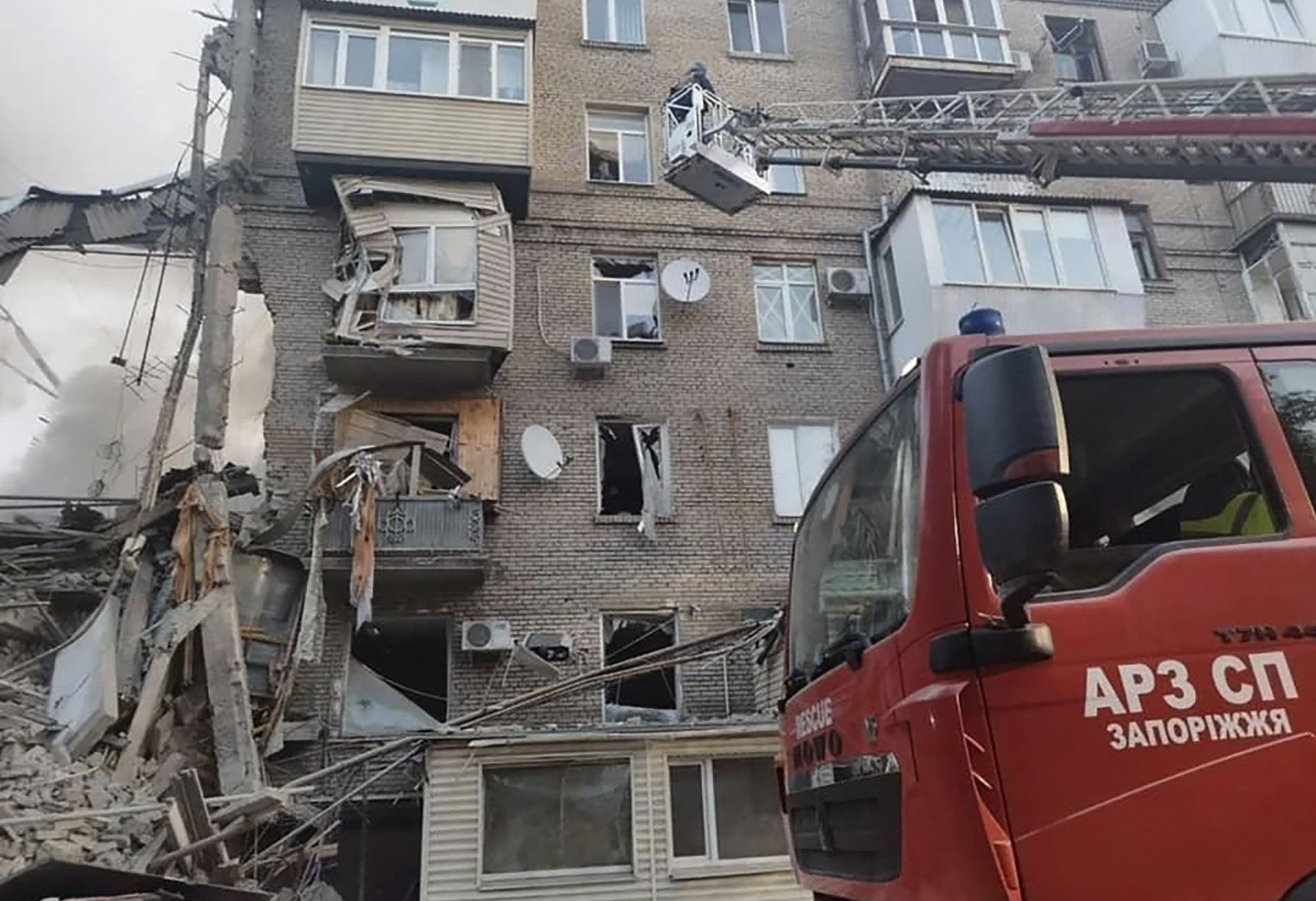 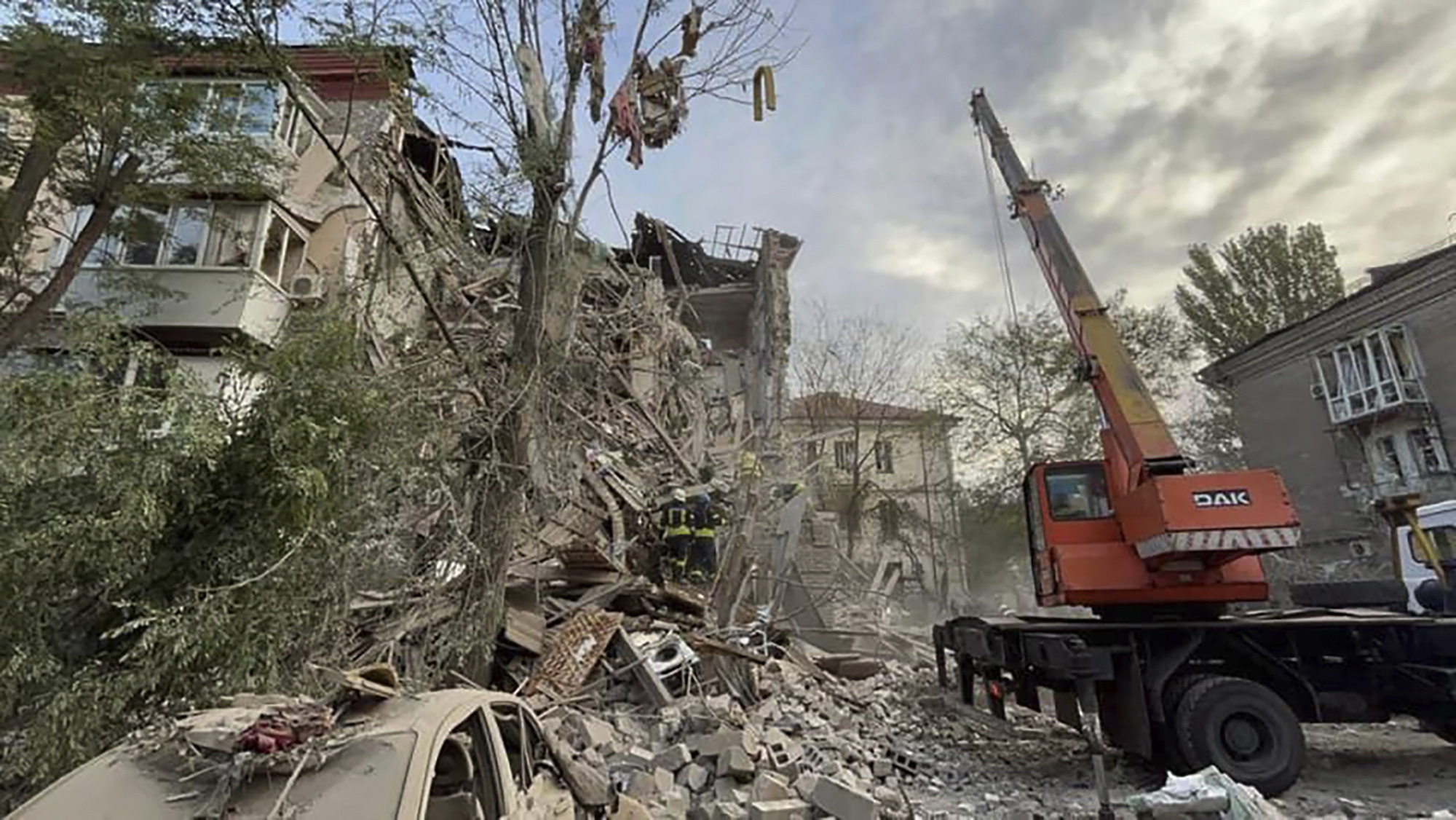 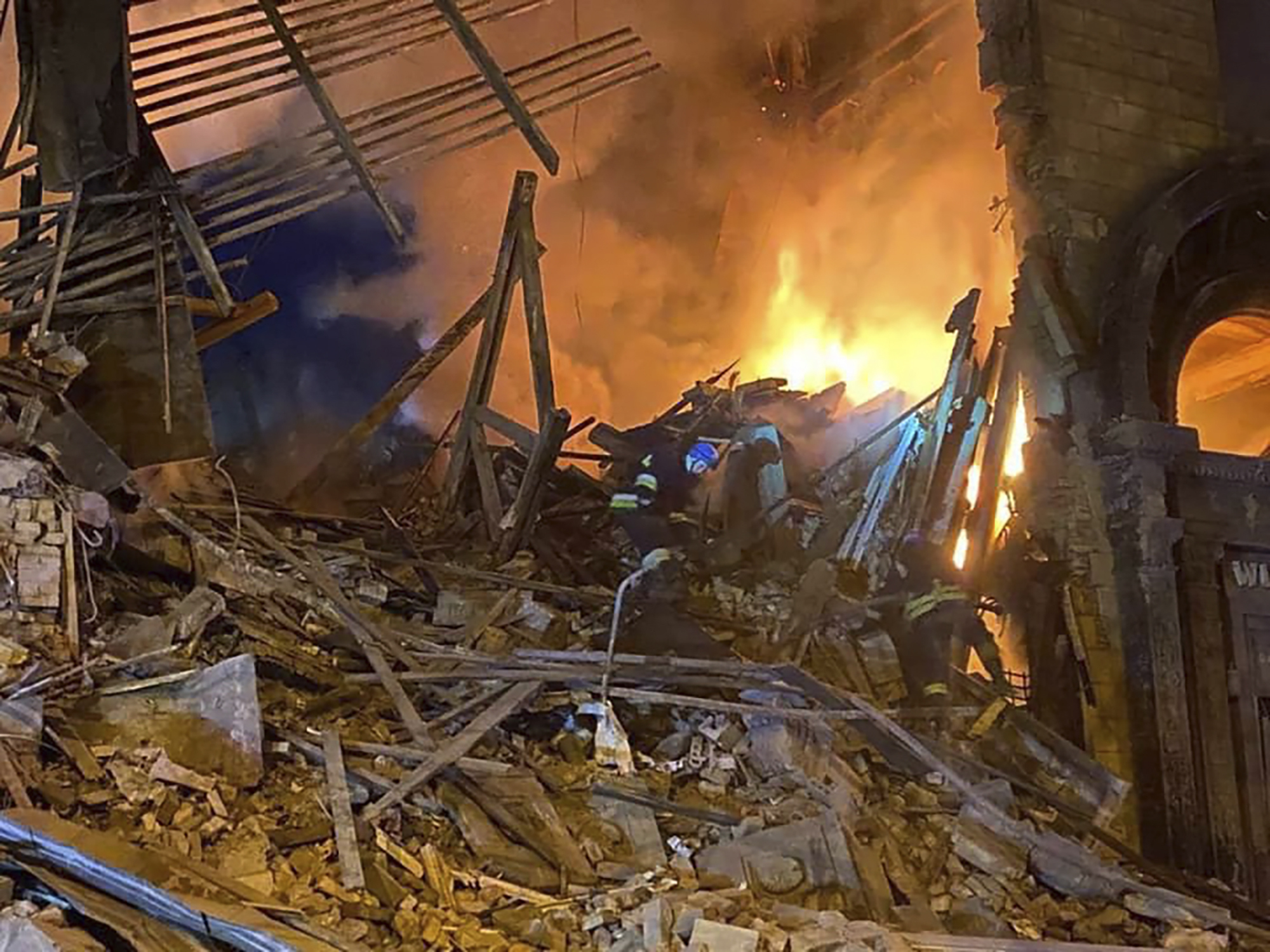 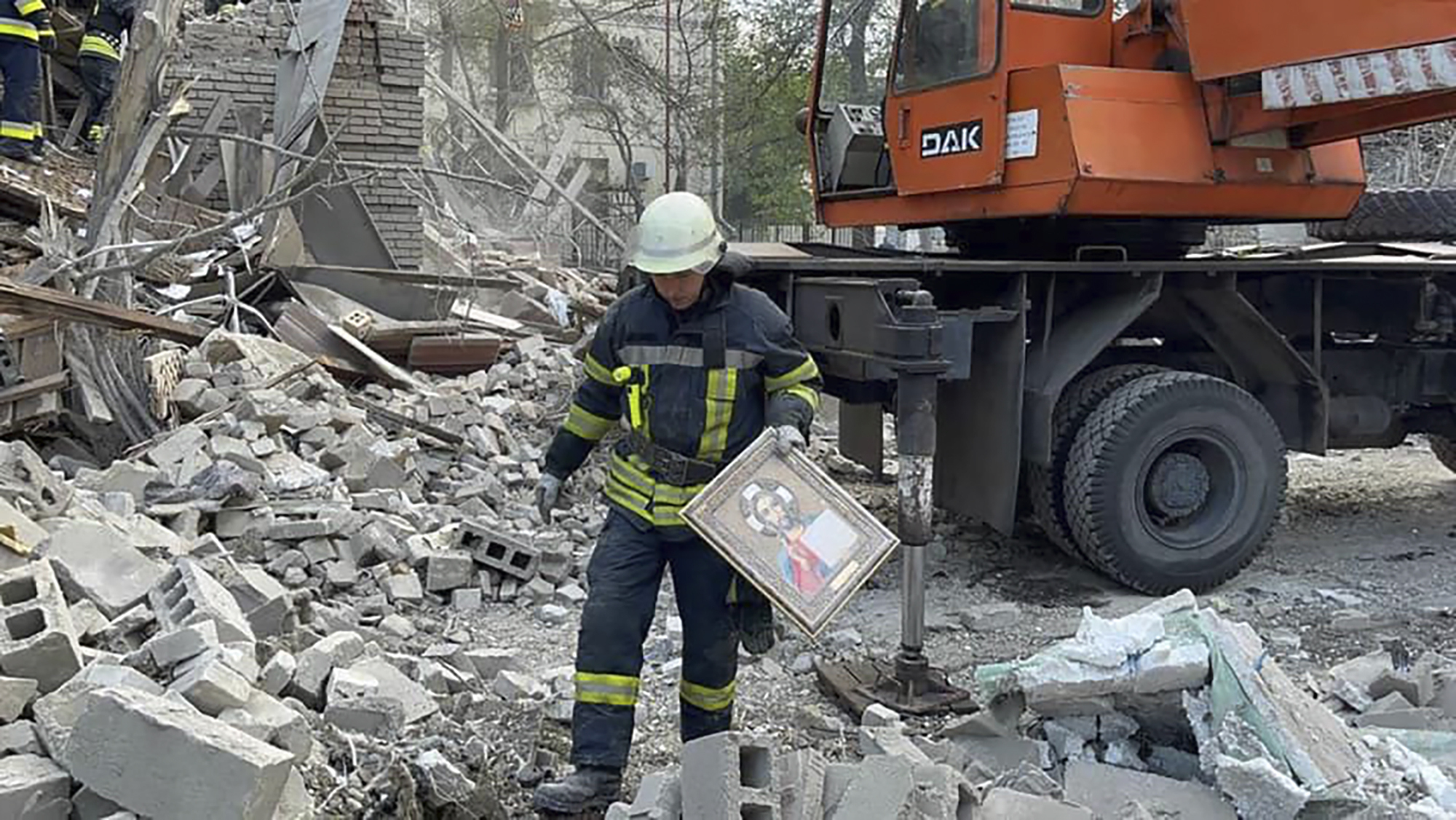 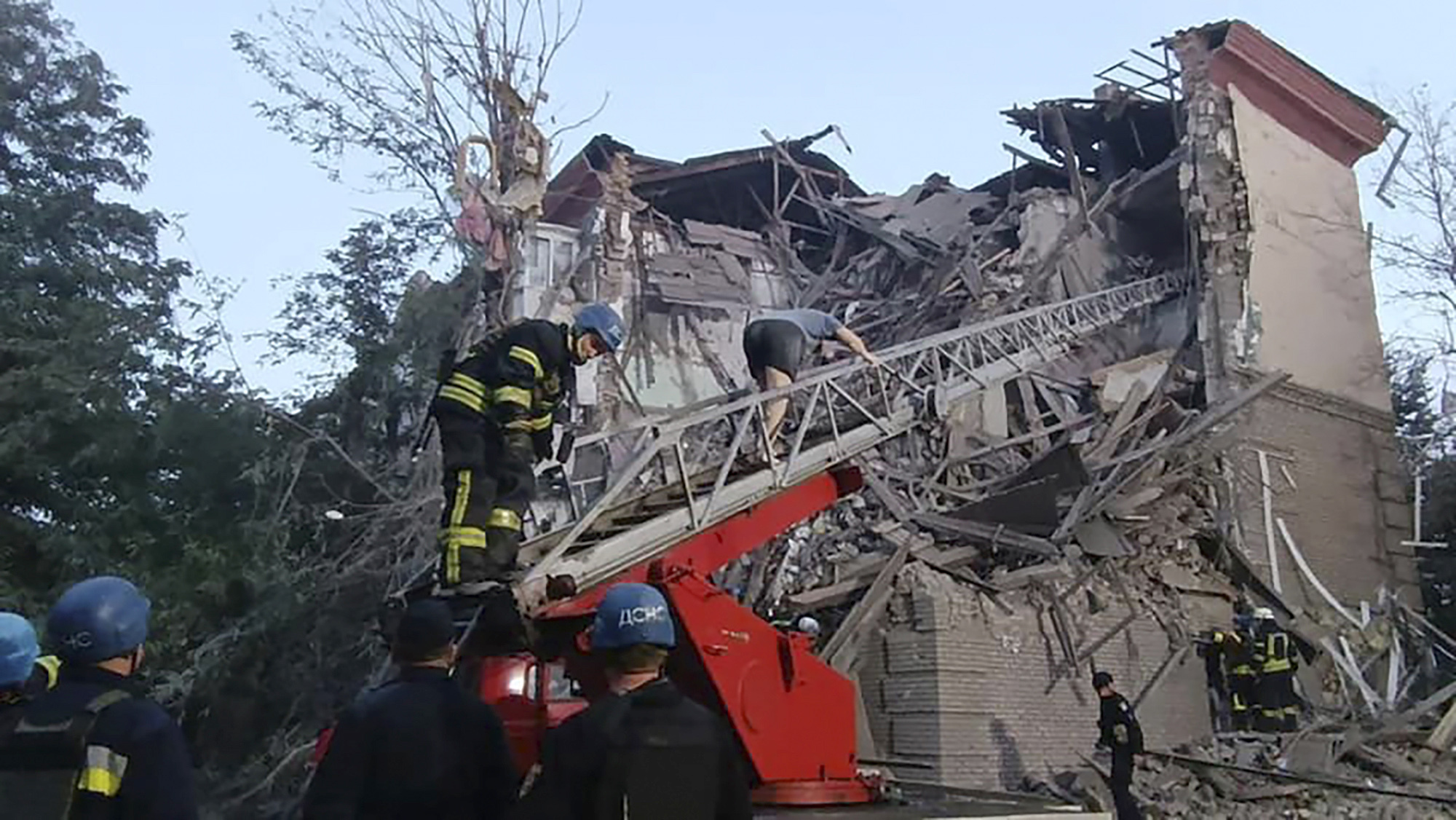 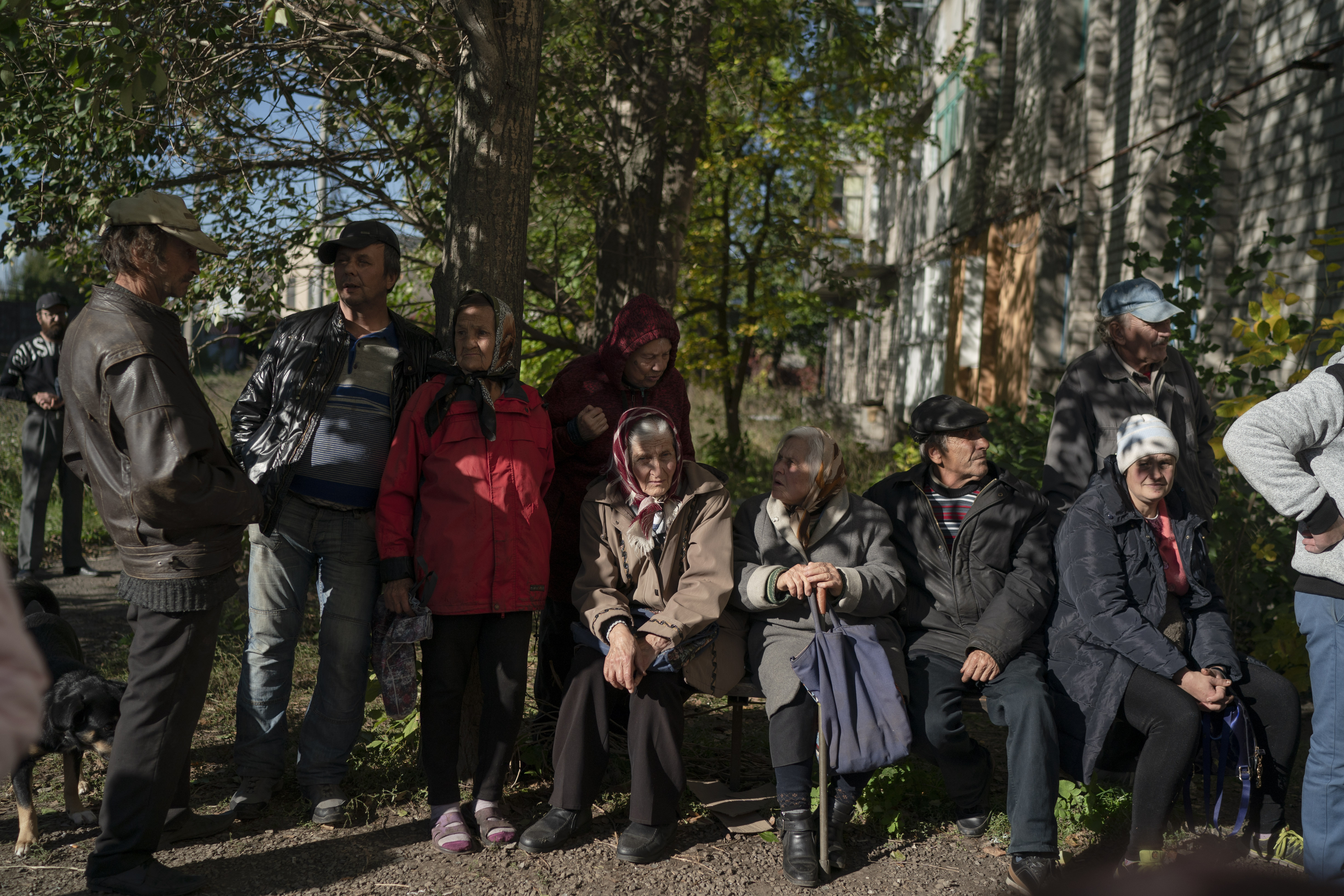