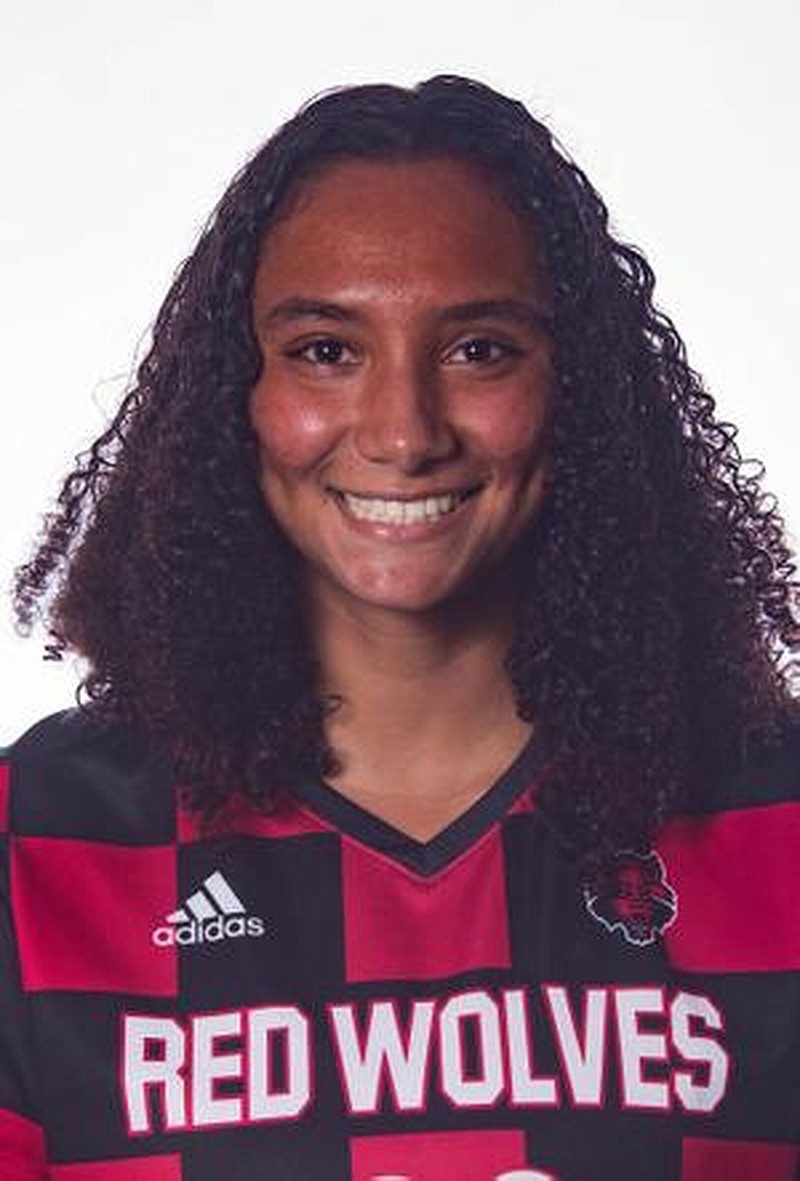 The Ragin' Cajuns took a 1-0 lead in the seventh minute on a penalty kick, but the Red Wolves went ahead within 20 minutes. ASU (6-4-2, 4-1-0 Sun Belt Conference) opened its ledger on Darby Stotts' 17th-minute score off an assist from Sarah Strong, then grabbed a 2-1 advantage in the 23rd minute when Williamson buried a shot off Haley Husted's free kick.

Williamson later scored her second of the game, putting home a deflected cross by Stotts in the 68th minute. Louisiana Lafayette (1-6-5, 0-3-2) matched the Red Wolves with 14 shots, but put just three on goal.

Southeast Missouri State twice in a 12-minute span Thursday night at the Coleman Complex in Little Rock, coming from behind to defeat the University of Arkansas-Little Rock 2-1.

Amaya Arias put the Trojans ahead in the 10th minute, redirecting a Natalee Geren free kick. UALR (5-6-2, 2-3-0 Ohio Valley Conference) limited Southeast Missouri (6-5-1, 2-1-1) to one shot in the first half, but the Redhawks outshot the Trojans 6-2 over the final 45 minutes. Cayla Koerner equalized for the visitors in the 54th minute and Morgan McCourt's first goal of the year proved the winner in the 66th.

Henderson State's Nate Cossement earned his third straight Great American Conference Men's Golfer of the Week distinction after he led the Reddies to a team title at the Battle for the Belt.

He entered the final round facing a 7-stroke deficit and shot a bogey-free 7-under 65, which matched his career-low score, to finish three strokes clear of second place. He also made a tournament-high 17 birdies.

The junior has finished the last three tournaments 6-under 207, even-par 216 and most recently 6-under 210.