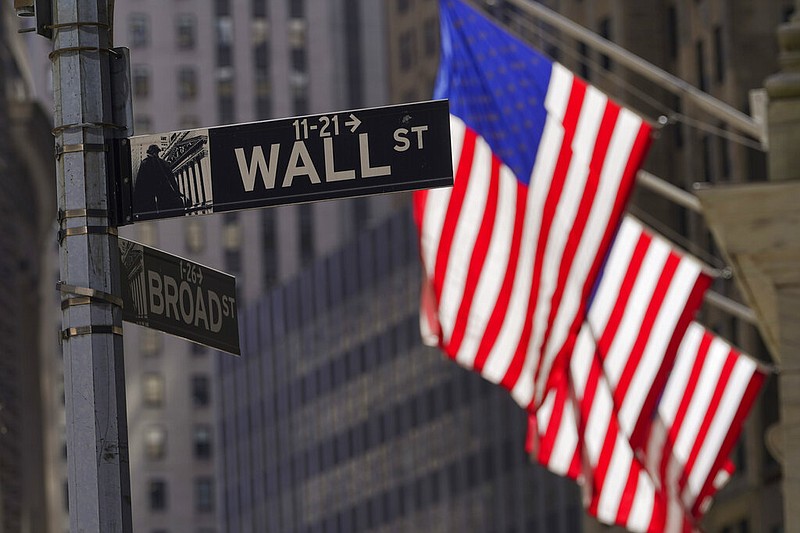 Markets are worried the Federal Reserve could see the jobs report as proof the economy hasn’t slowed enough yet to get inflation under control. That could clear the way for continued, aggressive hikes to interest rates, something that risks causing a recession if done too severely.

The S&P 500 was 2.6% lower in afternoon trading after the government said employers hired more workers last month than economists expected. Wall Street is worried the Federal Reserve could see that as proof the economy has yet to slow enough to get inflation under control. That could clear the way for the Fed to continue hiking interest rates aggressively, something that risks causing a recession if done too severely.

"The employment situation is still good and that might be a little frustrating to the Fed," said Brian Jacobsen, senior investment strategist at Allspring Global Investments. "The Fed thinks we need more people unemployed in order to make sure inflation comes down and stays down."

The Dow Jones Industrial Average was down 570 points, or 1.9%, at 29,356, as of 12:31 p.m., and the Nasdaq composite was 3.6% lower. The drops mark a return to form for stocks, which have tumbled over 20% from records this year on worries about inflation, interest rates and the possibility of a recession.

They had recovered a bit early this week in a powerful but short-lived rally after some investors squinted hard enough at some weaker-than-expected economic data to suggest the Fed may take it easier on rate hikes. But Friday's jobs report may have dashed such hopes for a "pivot" by the Fed. It's a pattern that has been repeated several times this year.

Also discouraging for investors was that the unemployment rate improved partly for the wrong reasons. Among people who aren't working, fewer than usual are actively looking for jobs. That's a continuation of a longstanding trend that could keep upward pressure on wages and inflation.

"We are not out of the woods yet, but should be getting closer as the impact of aggressive policy starts to take hold," said Matt Peron, director of research at Janus Henderson Investors.

By hiking interest rates, the Fed is hoping to slow the economy and jobs market. The plan is to starve inflation of the purchases needed to keep prices rising even further. The Fed has already seen some effects, with higher mortgage rates hurting the housing industry in particular. The risk is that if the Fed goes too far, it could squeeze the economy into a recession. In the meantime, higher rates push down on prices for stocks, cryptocurrencies and other investments.

"Everything hinges on inflation at this point," said Peter Essele, head of portfolio management for Commonwealth Financial Network. "We do think its going to moderate over the next few quarters."

Altogether, many investors see Friday's jobs data keeping the Fed on track to hike its overnight rate by three-quarters of a percentage point next month. It would be the fourth such increase, which is triple the usual amount, and bring the rate up to a range of 3.75% to 4%. It started the year at virtually zero.

Crude oil, meanwhile, continued its sharp climb and is heading for its biggest weekly gain since March. Benchmark U.S. crude jumped 4.5% to $92.41 per barrel. Brent crude, the international standard, rose 3.8% to $98.

They've shot higher because big oil-producing countries have pledged to cut production in order to keep prices up. That should keep the pressure up on inflation, which is still near a four-decade high but hopefully moderating.

Stocks of technology companies were leading the way in the opposite direction. They've been among the hardest hit by this year's rising rates, which most hurt investments seen as the riskiest, most expensive or having to make investors wait the longest for big growth.

Beyond higher interest rates, analysts say the next hammer to hit stocks could be a potential drop in corporate profits. Companies are contending with high inflation and interest rates eating into their earnings, while the economy slows.

Advanced Micro Devices fell 11.4% after it warned revenue for its latest quarter is likely to come in at $5.6 billion, below its prior forecasted range of $6.5 billion to $6.9 billion. AMD said the market for personal computers weakened significantly during the quarter, hurting its sales.

Levi Strauss fell 10.2% after it cut its financial forecast for its fiscal year. It cited the surging value of the U.S. dollar against other currencies, which weakens the dollar value of sales made abroad, as well as a more cautious outlook on economies across North America and Europe.

Treasury yields rose immediately after the jobs report's release, though they wobbled a bit afterward. The yield on the 10-year Treasury, which helps set rates for mortgages and other loans, climbed to 3.87% from 3.83% late Thursday.

The two-year yield, which more closely tracks expectations for Fed action, rose to 4.29% from 4.26%. Earlier in the morning, it climbed above 4.33% and was near its highest level since 2007.