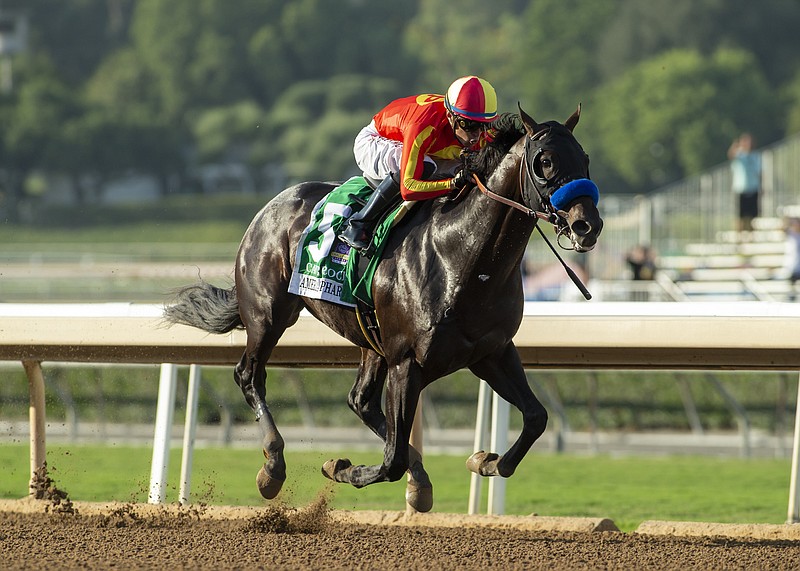 ARCADIA, Calif. -- Bob Baffert is headed to the Breeders' Cup in Kentucky next month with the likely favorite in the $2 million Juvenile.

Cave Rock romped to his third consecutive victory, and second in a Grade 1 race, winning the $300,000 American Pharoah Stakes by 5 1/4 lengths on Saturday at Santa Anita.

Trained by Baffert, the 2-year-old son of Arrogate earned an automatic berth for the BC Juvenile at Keeneland on Nov. 4.

Baffert will be allowed to enter horses in the two-day world championships because the Lexington track is not owned by Churchill Downs Inc., which has banned him from its tracks for two years for repeated medication violations.

Baffert is suing the home of the Kentucky Derby in an effort to reverse the ban, which kept him out of this year's Derby and is set to bar him again in 2023.

Although Baffert isn't looking past the Breeders' Cup, Cave Rock's co-owner Mike Pegram let his mind wander to the first Saturday in May.

"I hope we have this much fun come springtime," Pegram said, alluding to the Kentucky Derby. "You always think about that, but we got to hope he comes back healthy."

Baffert saddled half of the eight-horse field, with his entries finishing in 1-2-3-4 order. It was his 11th victory in the race named for his 2015 Triple Crown winner.

"I can't remember running one, two, three, four ever," he said.

Cave Rock is a son of Arrogate, winner of the 2016 BC Classic, and Pegasus World Cup and Dubai World Cup, both in 2017.

"Every time I've had a sire, I always try to find the best one by that sire and he was the best one that we found," Baffert said. "I've been lucky that way."

Cave Rock was coming off a 5 1/4-length win in the Grade 1 Del Mar Futurity last month. He won his career debut by six lengths in August at Del Mar.

The colt was bought for $550,000 as a yearling and is owned by longtime Baffert clients Pegram, Karl Watson and Paul Weitman. Pegram said Cave Rock is named for a landmark in the South Lake Tahoe area.

"You look at him, you see him travel on the track, I mean he's everything a guy would want," Pegram said. "There's a whole lot of running to do. It's still too early, but two Grade 1s, we'll take it." 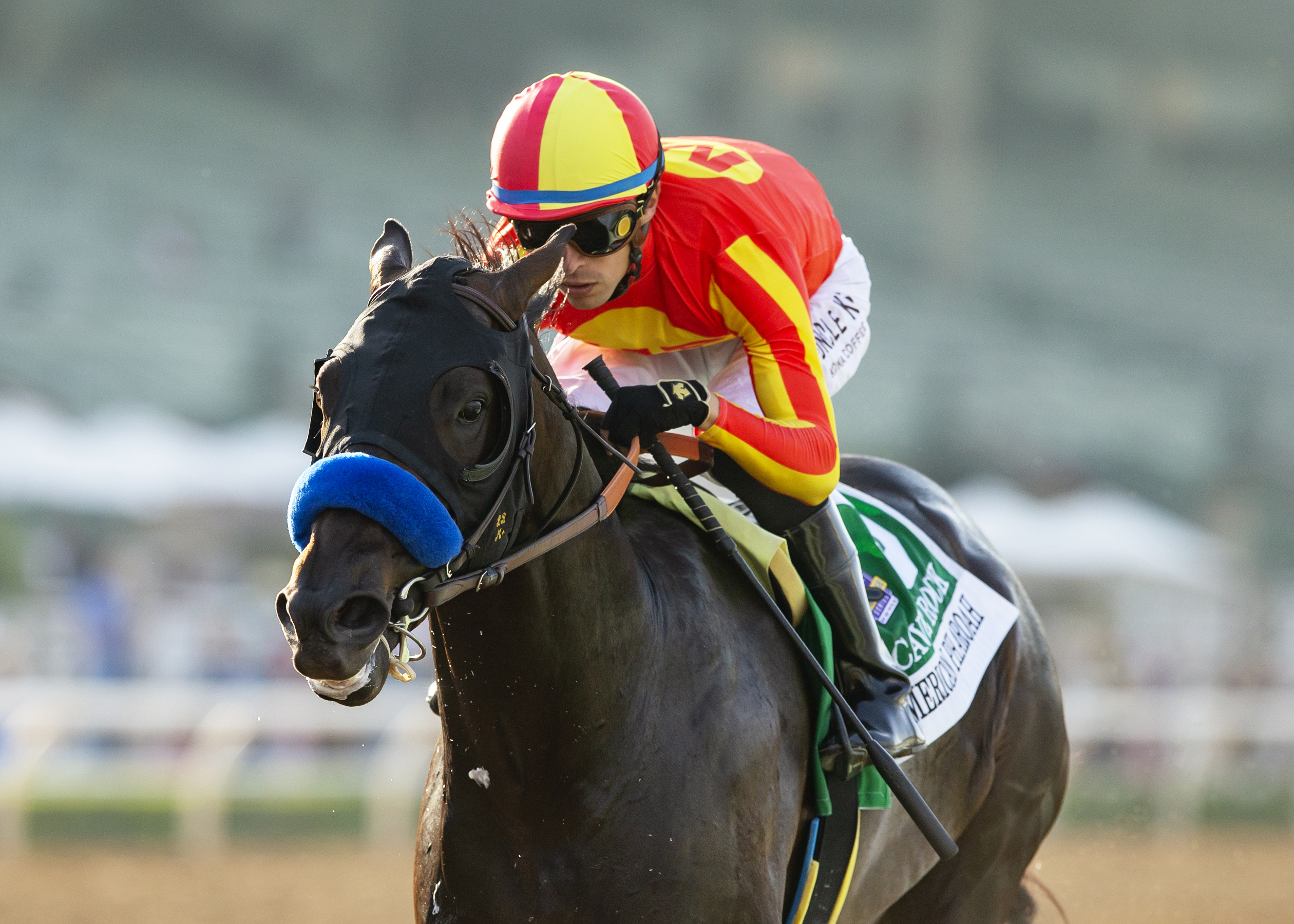