Till cousin set to speak at Arkansas City event 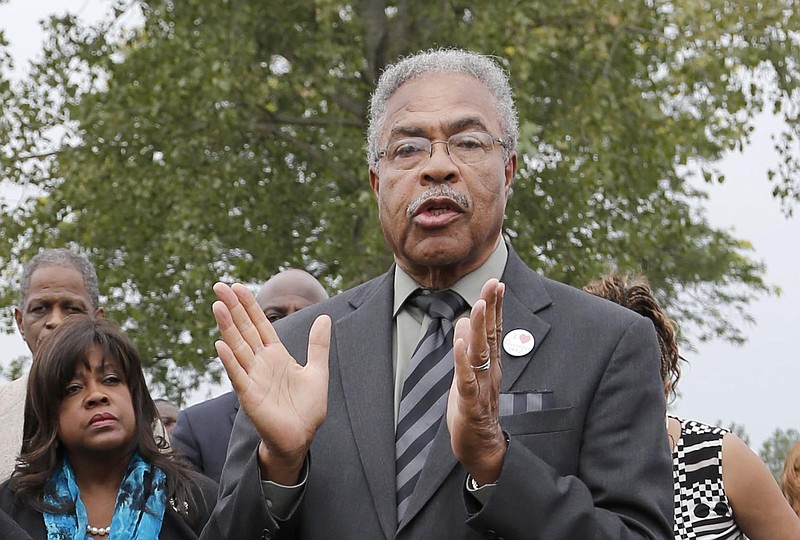 The Rev. Wheeler Parker Jr., Emmett Till’s cousin and eyewitness to Till's kidnapping, speaks in Alsip, Ill., in this Aug. 28, 2015, file photo. Parker was attending a gravesite ceremony at the Burr Oak Cemetery marking the 60th anniversary of Till's murder of Till in Mississippi. (AP/Charles Rex Arbogast)

Till, a 14-year-old Black boy, was murdered in 1955 in Mississippi for whistling at a white woman, according to historical accounts.

John H. Johnson Day honors the late John H. Johnson, the founder of Ebony and Jet magazines, who was born in Arkansas City in 1918. The observance is free and open to the public.

All John H. Johnson Day events and activities will be in Arkansas City at the Johnson Museum, the Arkansas State Parks Trailhead and the Desha County historic district and lawn from 10 a.m. to 4 p.m.

"Small But Mighty: How Jet Magazine Chronicled Black History" is the theme of the discussion during the 70th anniversary of Jet Magazine. The occasion will feature articles, including the magazine coverage of Till's death.

Parker is pastor of Argo Temple Church of God in Christ in Summit, Ill. He is also Till's cousin. Till's murder is considered a catalyst for the modern civil rights movement and has been an important cause for Parker for years, according to the release.

"At age 16, Parker and his cousin, Till, 14, traveled to Mississippi for a visit with family. On Aug. 28, 1955, Till was taken from the home of his great-uncle Moses Wright, grandfather of Wheeler Parker. The visit was cut short as Parker's uncles put him on a train back to Chicago -- alone. Till's body had not been discovered, and Parker did not know what had happened to his cousin," according to the release.

"Three days later, Till's body was found floating in the Tallahatchie River, badly beaten with a gin fan tied around his neck with barbed wire. Suspects in the killing were put on trial, but later acquitted by an all-white jury in Sumner, Miss. The case was reopened in 2004 and then reactivated in January 2018, officially closed December 2021, without any indictment. Still justice has not been found for Till. For more than 30 years, no one interviewed Parker, or asked him what happened that fateful day at Bryant Store in Money, Miss. He is now telling his story in public lectures and media interviews," according to the release.

His memoir, "A Few Days Full of Trouble," published by Random House, is available for pre-order on Amazon, Target and Barnes and Noble and is set to be released Jan. 10, 2023.