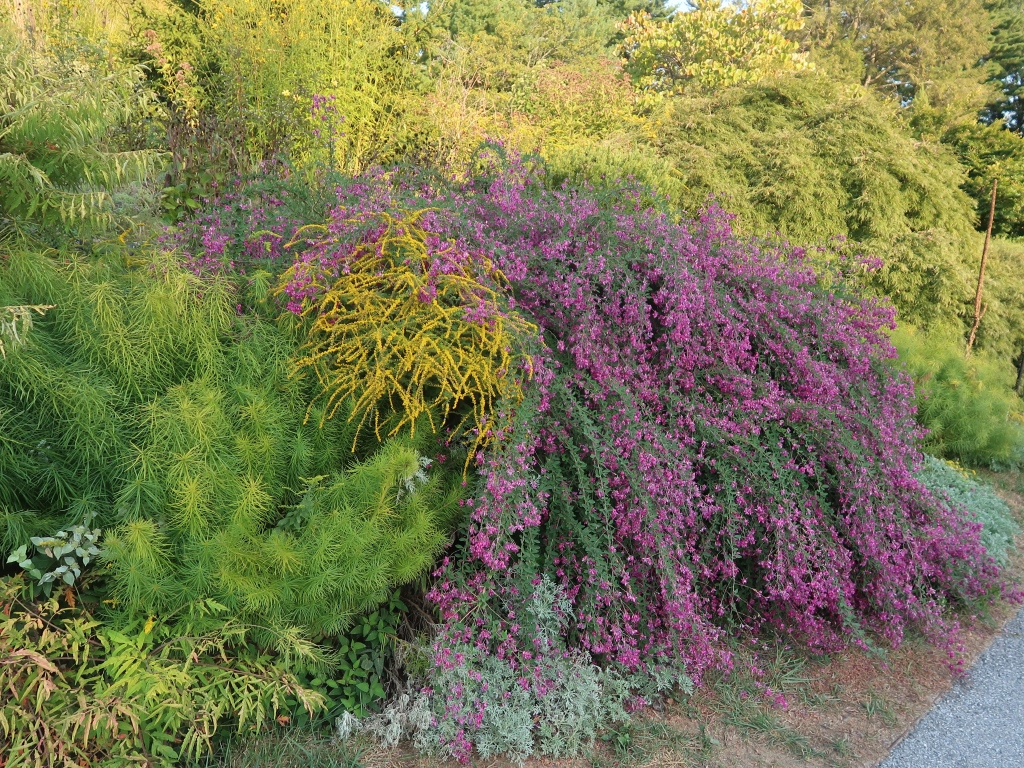 Bush Lespedeza – Lespedeza thunbergii – This deciduous member of the bean family is  a sprawling shrub that grows like a living fountain, with lush, arching branches.  From late summer through fall it is covered in pinkish-purple pea-like blooms. 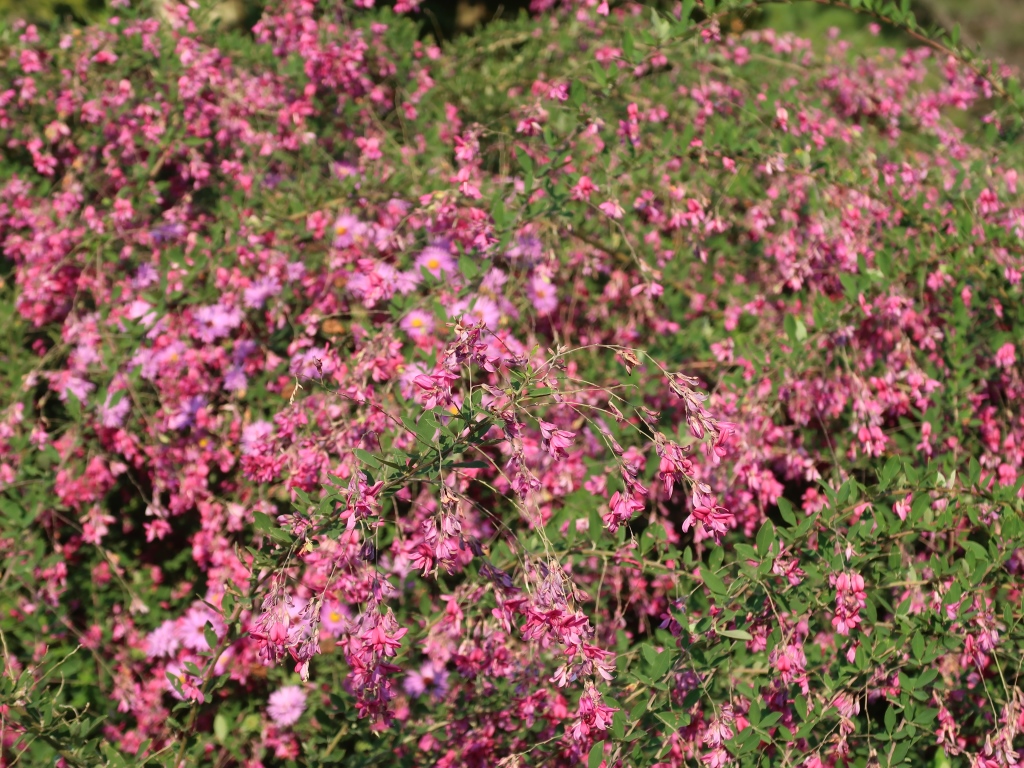 It will grow in full sun to partial shade, but the more sun it gets, the better it blooms.  It does bloom on the new growth, so any pruning that is needed should be done in the late winter/early spring as new growth is just beginning.   It is hardy statewide in Arkansas, and drought tolerant once established.

Mexican hydrangea, Cashmere bouquet or Rose glory bower – Clerodendrum bungei is native to China-not Mexico, nor is it even related to hydrangeas.  It gets the common name Mexican hydrangea because it has a mophead flower, reminiscent of hydrangeas. 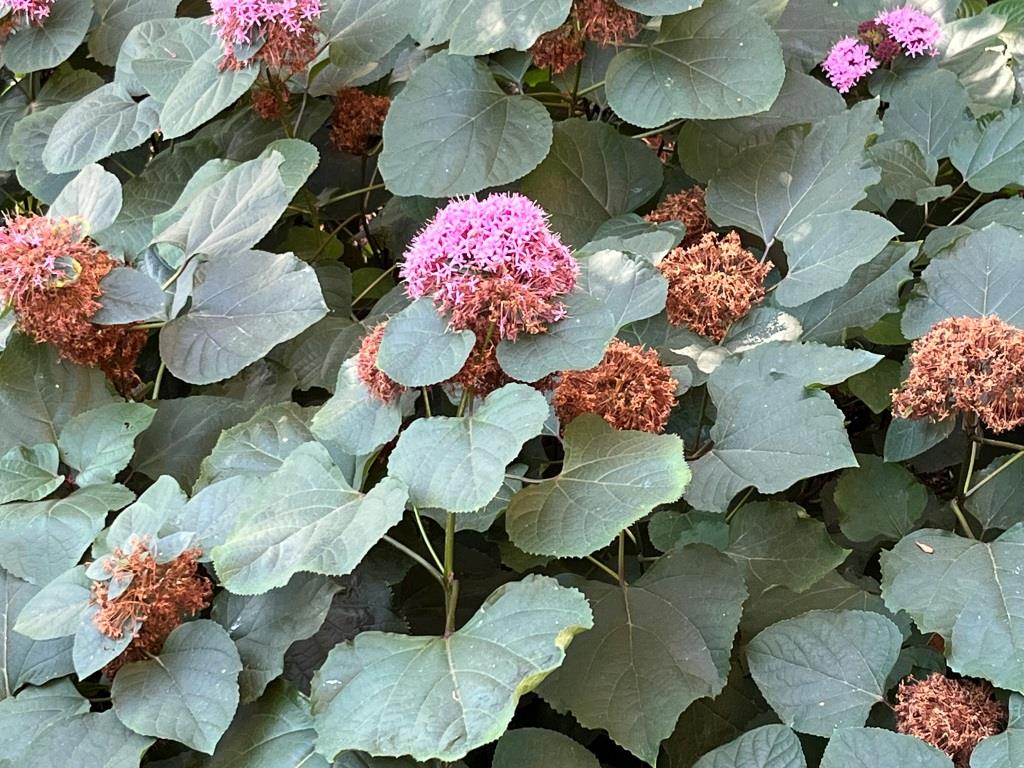 This shade loving perennial can become invasive if not monitored. 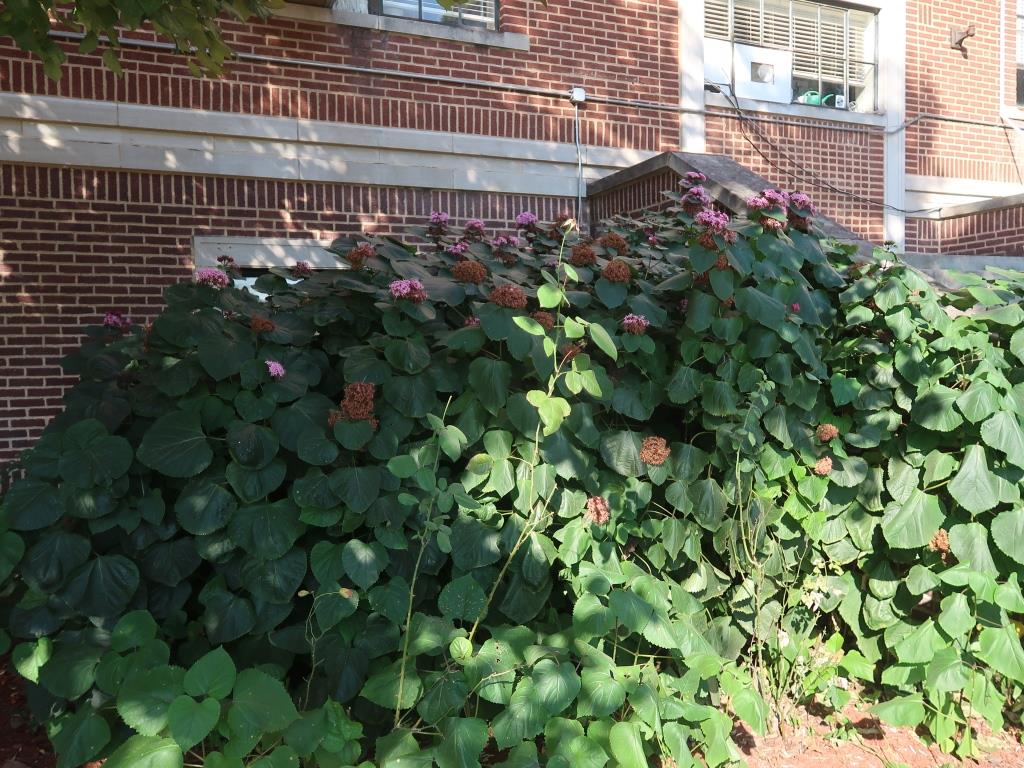 It spreads by runners and can easily take over, especially in good soil.  It is showy, with a nice fragrance and is attractive to butterflies.  Deer leave it alone, but plant it with caution.  This planting was at the Lonoke county courthouse and was easily 6-7 feet tall and over 10 feet across, making it the largest I have ever seen. 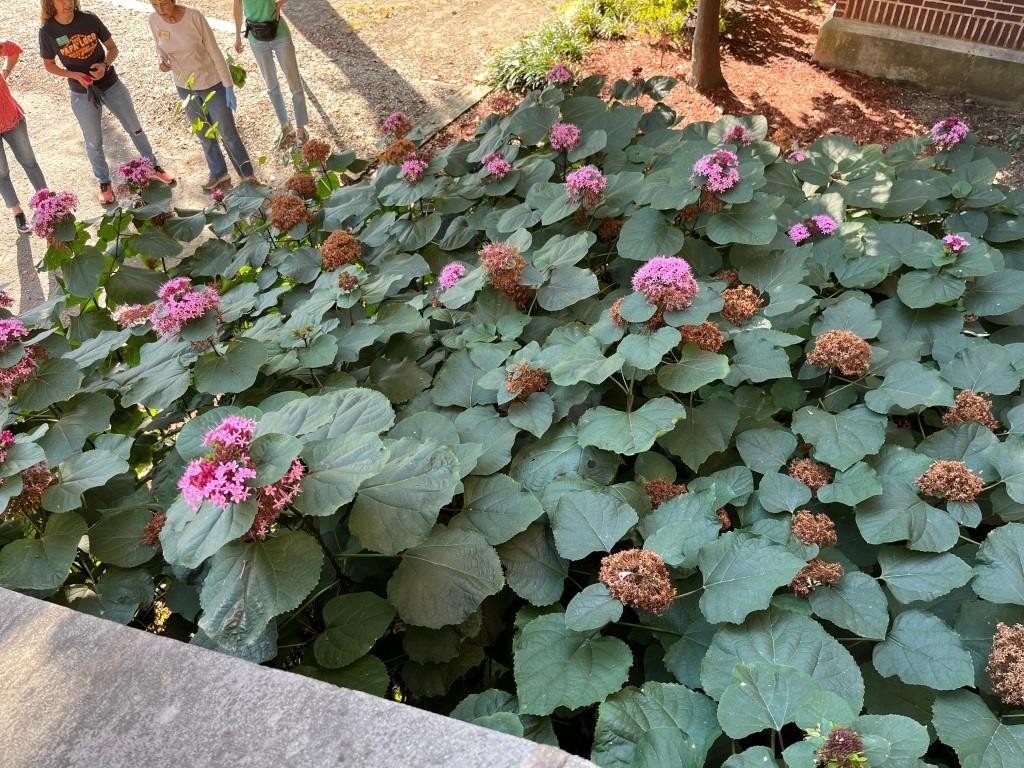 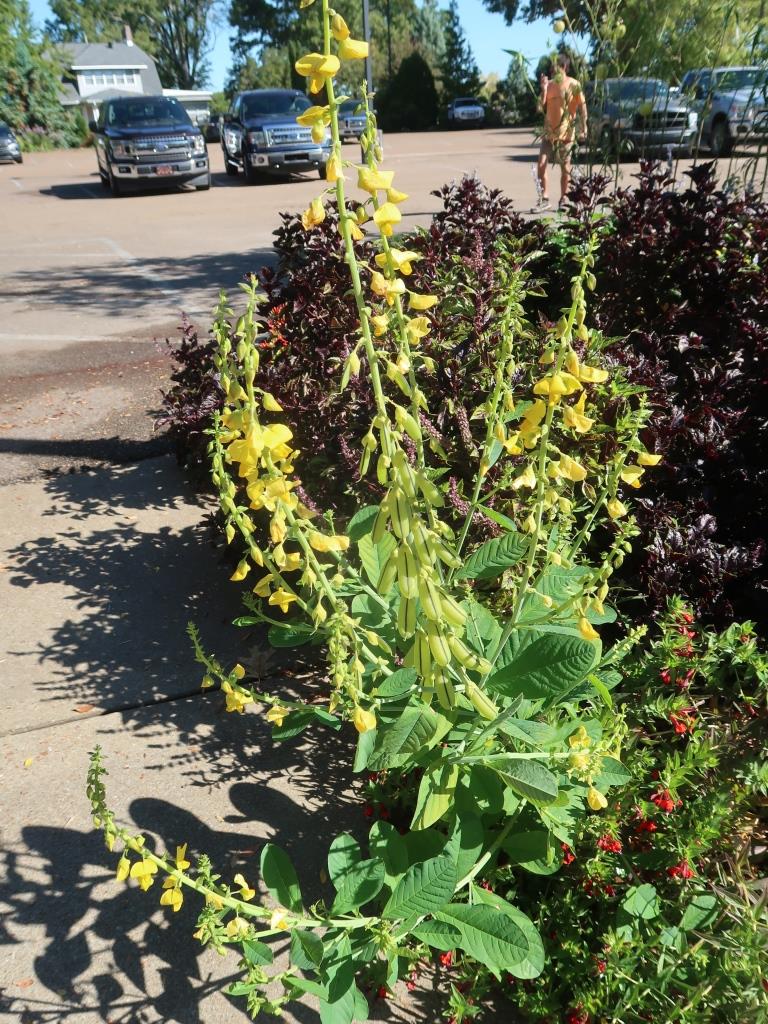 is an annual member of the bean family.  I had never seen it before my trip to Jackson, TN where it is growing quite nicely at the research station.  Someone guessed a type of baptisia, and I thought so too  (similar growth habit and same family).  The common name Rattlebox comes from the sound the dried seed heads make. 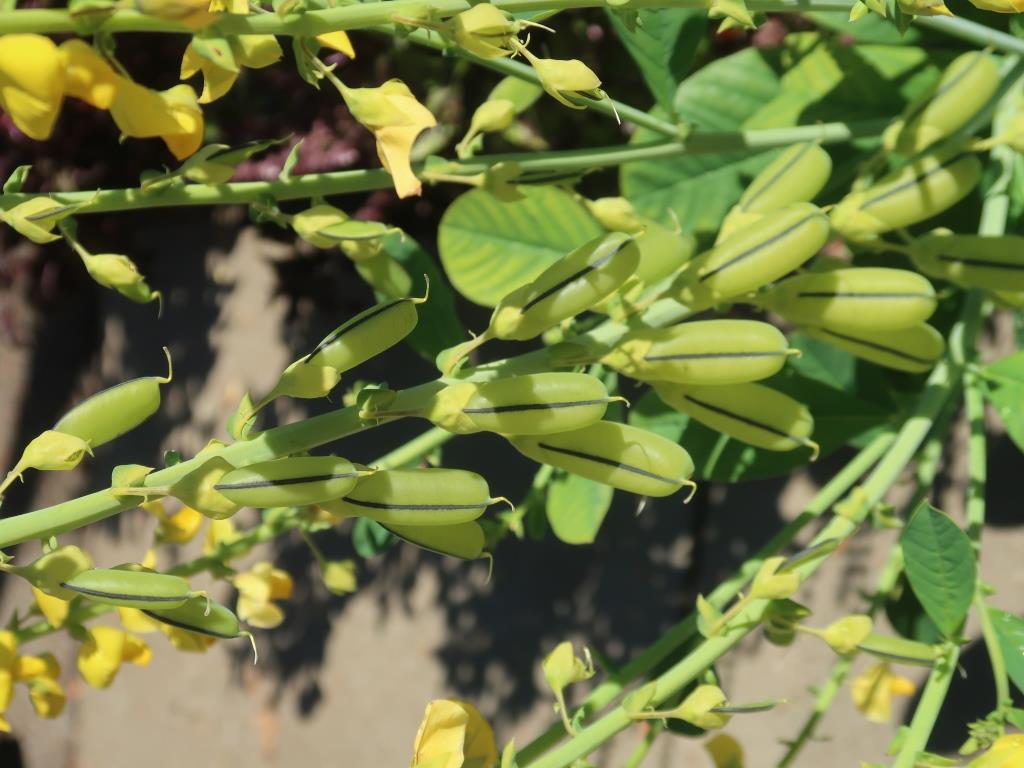 I brought back some seeds, and am sowing them now to see if they will come up next year.  I just read that it is poisonous to dogs, so I guess that rules out planting it in the backyard.  Full sun