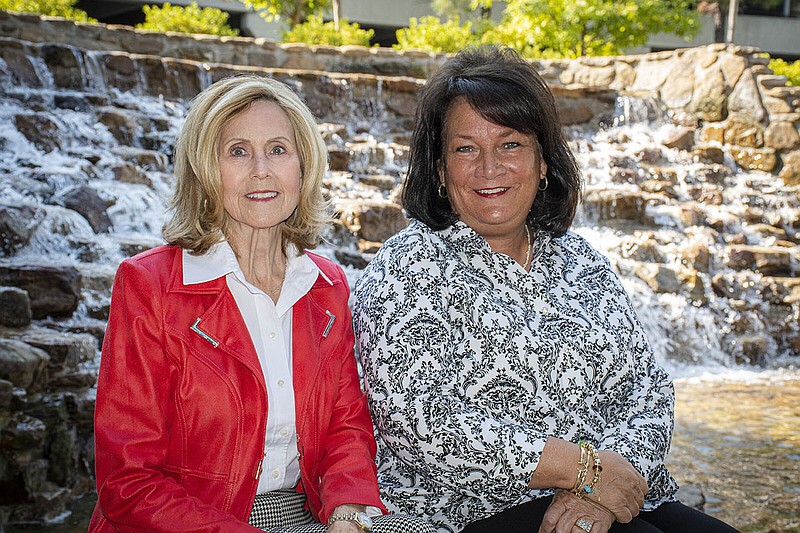 In its 46th year, CARTI's Festival of Trees might just be one of the oldest social events in Central Arkansas.

The festival kicks off Nov. 3 with the Sugar Plum Ball -- a father/daughter dance. It usually sells out rapidly -- this year it sold in minutes. All of the festival parties are held at the Statehouse Convention Center.

"Visions of sugar plums dance in their heads, and on the dance floor as each little princess and her Prince Charming steps into a storybook setting. Enjoy an evening of dancing, dining, tiaras and memories to last a lifetime," as CARTI describes the event on its website.

The next night -- Nov. 4 -- is the Festival of Fashion, modeled after New York's Fashion Week. It will showcase clothing from 10 area boutiques.

Heading up the festival are Jennifer Day and Shelia Vaught, who cannot remember how many times they have been its co-chairwomen. Both of their histories with CARTI go way back.

"When I was a freshman in college, my grandmother was treated at CARTI and I was not able to help at that time because I was an 18-year-old kid in college," Day says. "But I said if God ever put me in a position where I could help a charity, CARTI would be it. Here I am 35 years later."

Vaught has volunteered at CARTI since around the time it opened in 1976. CARTI treats all types of adult cancer and blood disorders with a full range of treatments including surgery, chemotherapy, radiation therapy and diagnostic radiology.

While Vaught never had a family member who was treated at CARTI, she has a daughter who lives in Seattle and is a breast cancer survivor of almost 11 years.

While she was with her daughter for treatment, Vaught called CARTI for advice. She was assured that her daughter was getting the care she needed.

"They walked me through it even though I was not here to have that one-on-one with them," Vaught says.

An independent, nonprofit cancer care provider, CARTI treats more than 35,000 patients each year from every county in Arkansas, and from across the country.

Day and Vaught have been close friends since 1997. At that time, Vaught had a dance studio and Day called to ask whether there was a class for her 3-year-old daughter. There wasn't, but Vaught decided to create one.

That same year, Vaught was involved in the Festival of Trees, and Day offered assistance. She helped Vaught to run the gift shop that, at the time, was part of the festival. Now, the women are volunteers at the gift shop located inside CARTI.

Both women are on the CARTI board -- Vaught is an emeritus member.

"I've been chairman more than once and we've been co-chairmen together for I don't know how long," Vaught says of the festival, adding she doesn't know how long they will continue. "It's going to go on forever, but that's OK because we like it."

About 900 guests are expected to attend all three events -- a number that has grown exponentially since the festival's early days. For example, Day's two daughters attended the first Sugar Plum Ball in 1999. That year, only 10 girls and their fathers attended.

"There were more volunteers than guests," Day laughs. This year, there will be 450 girls with their fathers.

The theme for Festival of Fashion is "Surviving the Storm" and will open with the Weather Girls' 1982 hit song "It's Raining Men." (Hint: there will be male dancers.)

Guests at the grand finale, Tux 'n Trees, will be greeted by 20 decorated Christmas trees that are up for grabs as silent auction items. A live auction will include an African safari; a PGA Champions Tour package and golfing with Day's husband, professional golfer Glen Day; a Dallas Cowboys package; a trip to Europe and a golf cart.

Dinner will include short ribs, shrimp and a handmade polenta cake. Dessert will feature "the best tasting chocolate cake I've ever had in my life," Vaught says. The evening will end with dancing to Dizzy 7.

While Vaught and Day have taken on a lot of the tasks to make the festival run, they do have help. Nicole Matsoukas and Terry Vick are the co-chairs of Tux 'n Trees. The Festival of Fashion co-chairs are Ashley Bermingham and John Reeves. Kayla Hilliard and Macey Wadley are co-chairwomen of the Sugar Plum Ball.

And more volunteers are always needed.

"The reason I have stayed with CARTI for close to 50 years is because of the way they treat their volunteers," Vaught says. "To me, there is no other organization that treats its volunteers as good as CARTI."

For more information, go to carti.com/festivaloftrees/.