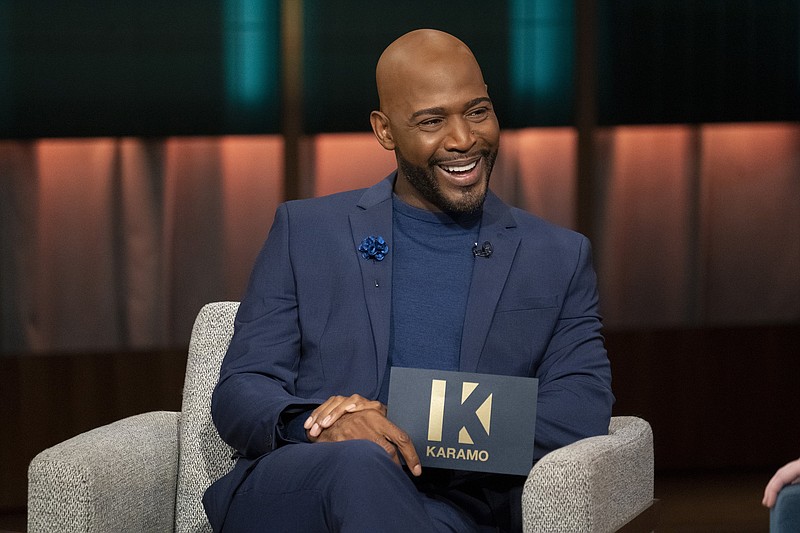 Karamo Brown is one of the newer names in the daytime talk show landscape. (NBCUniversal/Heidi Gutman)

Daytime TV is the home of soap operas you watched with your memaw, local news anchors whose hair hasn't changed since Barack Obama's first term and talk shows that have racked up more seasons than folks have fingers.

The noon-to-4 p.m. slots are like comfort food. Familiarity — not anything newfangled — is what brings audiences back for seconds, or in the case of ABC's gabfest, "The View," 26ths.

Which is why the 2022-23 season feels fresh for the first time in years.

Three new talkers — "Karamo," "Sherri" and "The Jennifer Hudson Show" — premiered in September, marking an unprecedented churn in the channel lineup after several stalwart programs took their final bow last season. The trio of hosts feels like a sharp turn for a genre that relies heavily on consistency to keep viewers loyal. But veterans behind the camera say this current crop of daytime talk shows is, in fact, a throwback.

"I know there's a new era of TV everyone keeps talking about," said Kerry Shannon, who is an executive producer of "Karamo," starring Karamo Brown of "Queer Eye" fame. But the longtime producer, who got her start at "Jerry Springer" during the talk-show peak of the 1990s, recognizes what's happening now as a return to the genre's roots.

"We're going back into storytelling," Shannon said. "That's how all these shows started out: guests just talking about issues that are all very relatable to people at home. 'Oh, somebody on the TV is saying they don't get along with their mother either!' "

Alexandra Jewett, executive vice president of programming at Debmar-Mercury — which produces "Sherri," hosted by Sherri Shepherd — started her talk-show career at "The Phil Donahue Show" in 1989. Back then, daytime was about community.

"It was a place that viewers could come feel like they weren't alone" if they were battling substance abuse, fighting with their best friends or having problems in their marriage, she said.

"It was a way to connect with other people," Jewett added. "You couldn't go Google, 'What if I'm married to an alcoholic?'"

Then the landscape shifted with shows like "Jenny Jones," "Ricki Lake" and "Jerry Springer." Voyeurism took over. The hour was no longer about sharing and solving problems but pointing the finger with pain as entertainment. Last month's premieres, she said, represent another right turn.

"It's such a historic time in TV," said Jawn Murray, executive producer of "Sherri." He first noticed the shift at the Promax Station Summit in Las Vegas this summer when all three shows were announced to the industry.

"Seeing each other and the excitement" was a watershed moment, Murray said. "Three shows of color all launching at the same time, in this time. There is something special about the energy around all of that." 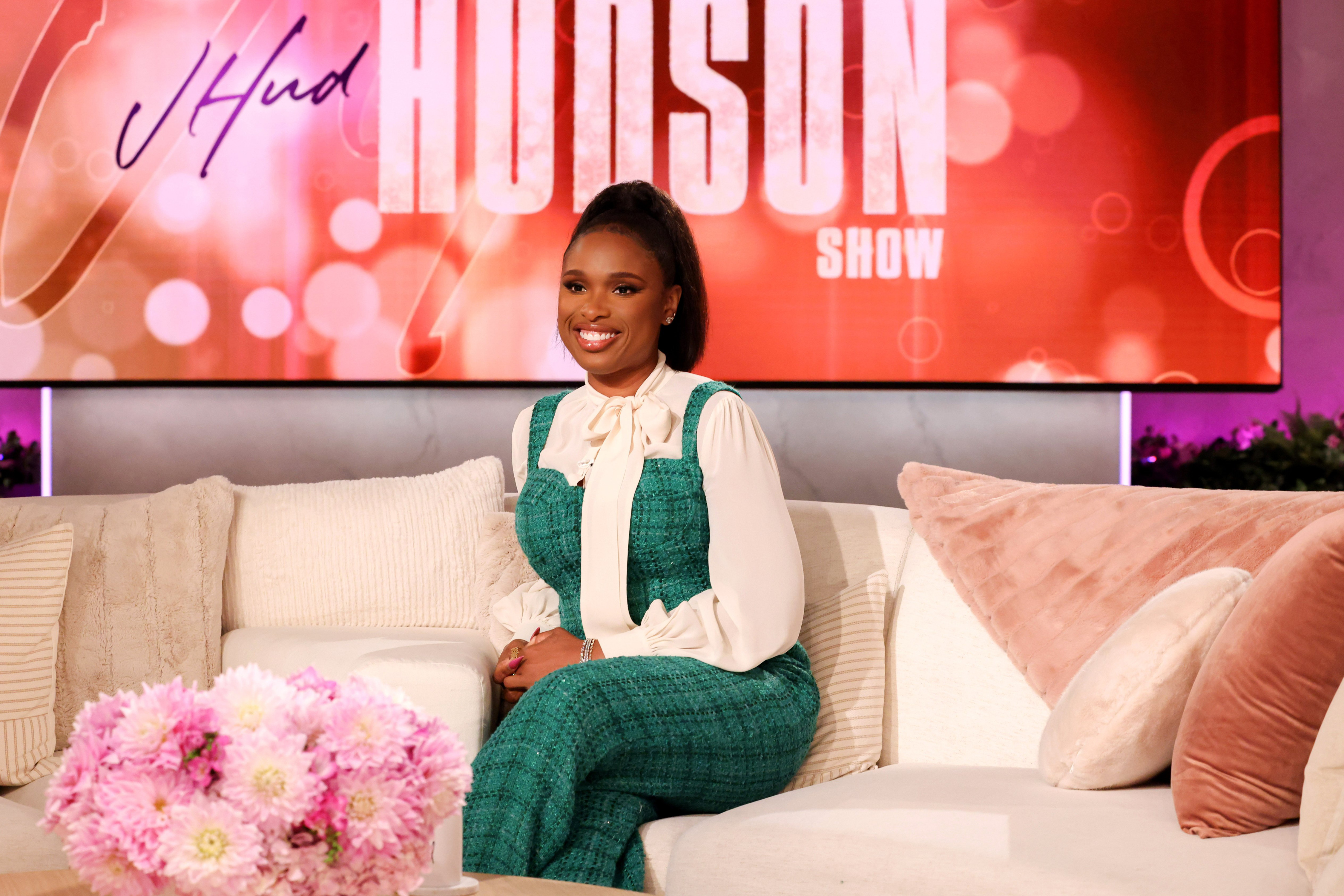 Andy Lassner, executive producer of "The Jennifer Hudson Show," said that it was "fascinating to see how the daytime TV landscape has changed."

Its new look comes partly on the heels of cancellation. Last season saw the end of "The Ellen DeGeneres Show," "Maury," "The Wendy Williams Show," "Dr. Oz" and "The Real." The newbies this season join sophomore and junior productions such as "The Kelly Clarkson Show," "The Drew Barrymore Show" and "Tamron Hall Show."

Competition, Lassner said, is different these days. Hosts are battling to win not only their own time slot, but also for viewers' fractured attention across platforms including streaming programs, video games and social media. That means the talk show has to be a brand in and of itself, attracting viewers because of its specific point of view — a strategy that is clear across the new lineup.

Though the celebrity-as-host formula is hardly revolutionary — since Rosie O'Donnell, A-listers have tried and failed to launch shows based on their Q scores (hello, Tony Danza, Kris Jenner and Queen Latifah) — branding is now important. Everyone has to have a thing. Sherri, Jennifer and Karamo are not actors trying to impersonate talk-show hosts; being themselves is the key. EGOT winner Hudson sings. Comedian Shepherd cracks jokes. Resident life coach Brown offers advice.

"I plan on changing the genre. That is my only goal," Brown said. "I want this genre to be full of compassion and love and support."

And the "Real World" alumnus knows the power and influence his hour can wield.

The former reality star and social worker grew up poor in Houston. "We would get evicted a lot," he said. Brown was in elementary school the first time he and his family had to pack up everything and move out in the middle of the night. He spent two days out of school in a Holiday Inn as the adults tried to figure things out. In the meantime, he escaped with daytime TV.

"There was a story about addiction and homelessness and I just remember thinking, 'We're not the only ones going through this.' To hear this person on TV set my little 9-year-old brain on fire," recalled Brown, as he began connecting his father's addictions to the family's financial woes. "But the problem was on that show they fought and nothing was resolved."

When thinking about his own show, Brown remembers his 9-year-old self.

"What little boy is out there watching this right now who's like, 'Oh my gosh that's me, but I can actually be better'? That is the intention I come out with for every show."

With that goal in mind, viewers may be surprised that "Karamo's" two executive producers both came from "Maury" and "Jerry Springer" — shows from which Brown is actively trying to distance himself. But when the TV personality met with Shannon and co-executive producer, Gloria Harrison-Hall, he said their visions aligned.

"They both were like, 'I want it to be better.' These two women wanted to elevate conflict" above just petty drama, said Brown, who doesn't allow his guests to walk onstage "screaming and hollering."

For "The Jennifer Hudson Show," the host's "heart" is part and parcel for the show, Lassner said.

"Through all aspects of the show, we want our viewers to be able to connect to Jennifer's story of authenticity and perseverance. Jennifer keeps going no matter what life throws her way," Lassner said of the former judge on "The Voice," who, despite facing great tumult in her personal life — including the murder of her mother, brother and nephew — continues to focus on happiness. "At the core, our show is centered on Jennifer using her own light to shine it on others and their accomplishments while also making us feel real emotions," he added. 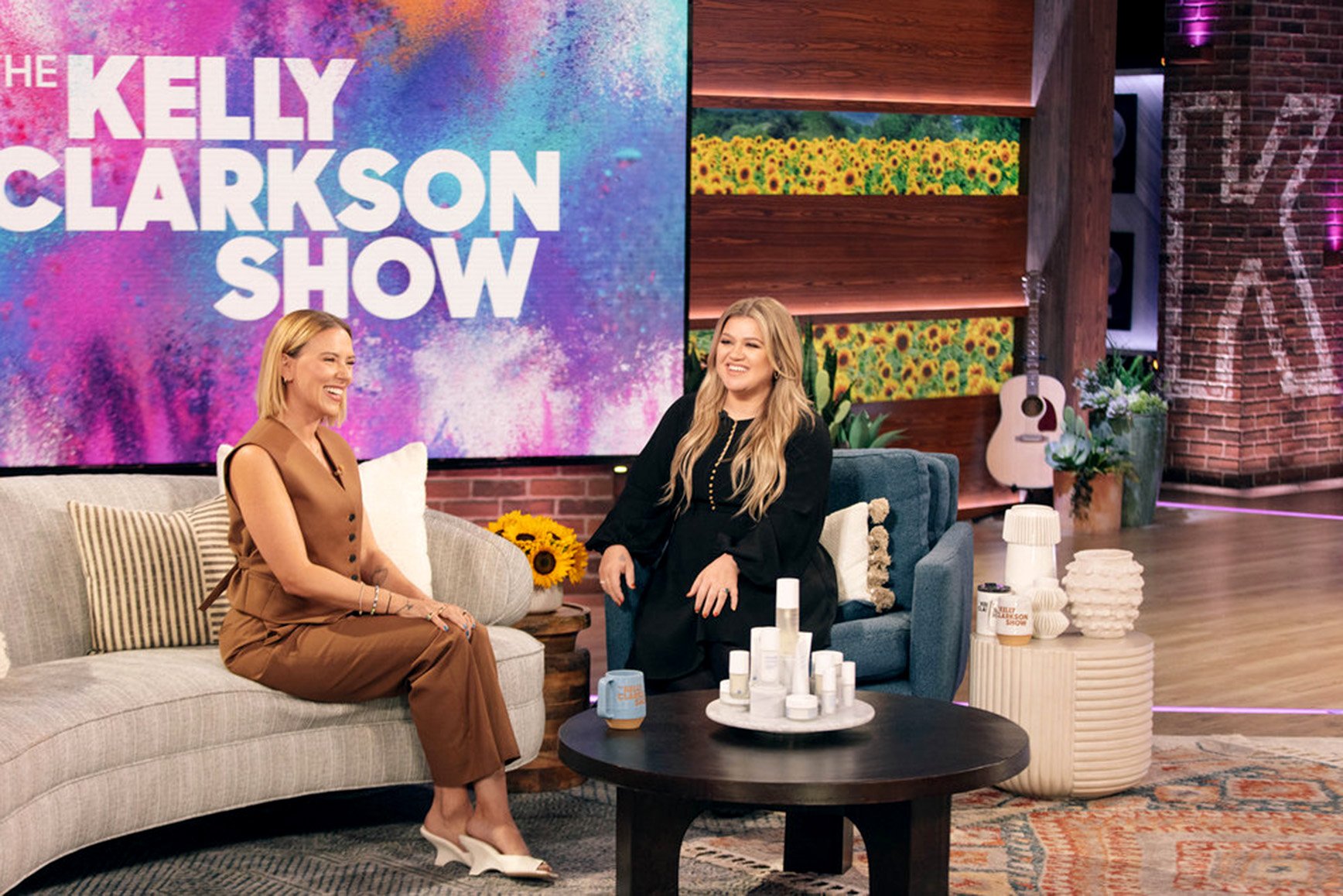 Friendship is "the DNA" of "Sherri," said producer Murray who is best friends with the host on- and off-camera. "American Idol" Season 2 finalist Trenyce Cobbins, another good friend, sings the show's theme song, "Good Time."

"Every day, Sherri aims to go out there and be the girl next-door," Murray said. When the two best friends pray before each show, they ask for one thing: "that viewers at home and in the audience feel better than they came after spending an hour with us."

"We don't want the 'Sherri' show to be anything toxic," Murray said.

Like her fellow new hosts, "Sherri" is produced by the team responsible for her predecessor's show: She's got Debmar-Mercury on deck, the production company that created "The Wendy Williams Show." "Karamo" is produced by the team behind "Maury," which he guest-hosted last season. Hudson's show is run by alumni of "Ellen." But while the sets are instantly recognizable — Ellen's famous sliding glass doors, Maury's muted colors, Wendy's intimate couch — the people onstage are setting themselves apart.

Before stepping in front of her studio audience for the first time, comedian Shepherd had an hourlong chat with Oprah Winfrey. Winfrey, of course, is "the oracle," as Shepherd called her on air, for all daytime programs; for 25 seasons, she ruled the roost, transforming a local Chicago morning show into nationally syndicated appointment television. The veteran TV mogul gave the new host an assignment.

"You are responsible for the energy you give the audience every day," Winfrey told Shepherd. "This is ministry work and you have to be accountable for that energy."

That directive appears to be running through all the programs that premiered this season — a responsibility for the energy. Brown, who said he puts pressure on himself to represent his community responsibly, arrives on set looking and sounding like a trusted therapist. His guests are real people with real problems. Hudson is relatable as a Broadway diva who seems as thrilled with her new role as her audience. Shepherd digs into her own life for laughs like the perfect brunch date.

"We're coming off of two years of the pandemic and everyone's felt extremely isolated and fearful," Jewett said. But daytime TV is getting its booster shot. "There has been a shift to a more happy, positive, feel good kind of daytime vibe."