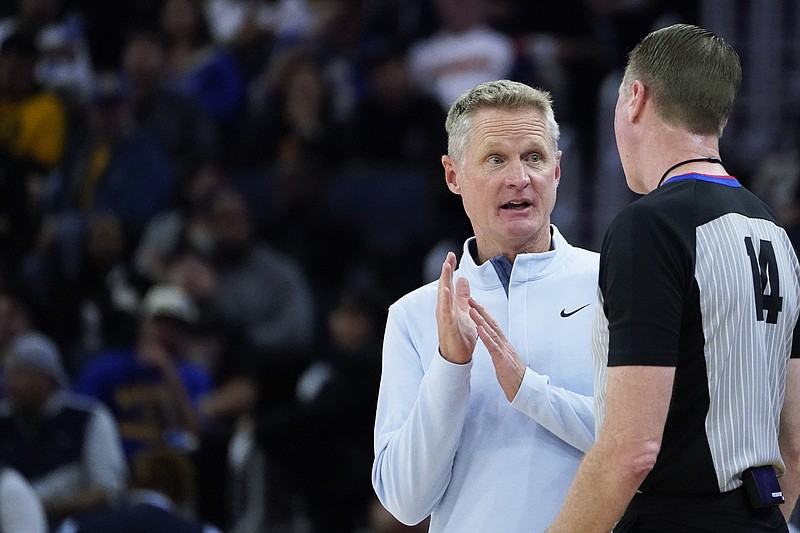 Golden State Warriors coach Steve Kerr talks to referee Ed Malloy (14) after a foul was called on center James Wiseman during the first half of the team's NBA preseason basketball game against the Portland Trail Blazers in San Francisco, Tuesday, Oct. 11, 2022. (AP Photo/Godofredo A. Vásquez)

Golden State Coach Steve Kerr went into last season uncertain if his team would be good enough to contend for another NBA championship.

He got his answer. He's getting another ring.

And now, the Warriors will try to do it all again.

The NBA's 77th season starts tonight, with the opening doubleheader -- Philadelphia at Eastern Conference champion Boston, then the Los Angeles Lakers at the Warriors -- wasting no time in putting title contenders on display. Commissioner Adam Silver will be in San Francisco for Golden State's ring night as the Warriors begin their quest for what would be a fifth championship in nine seasons.

"We're back in it," Kerr said. "But there's a lot of teams that are right in it, and the league is super competitive. I think the West has gotten even stronger. There's a lot of competition out there. And so, we're one of the teams that is in the mix and that's exciting. But we have to start over. It doesn't just automatically happen from one year to the next, so we've got a lot of work."

There is no shortage of contenders for the Warriors to fend off and no shortage of teams that made big moves with hopes of being the last team standing this season. Minnesota traded with Utah for Rudy Gobert and Cleveland traded with Utah for Donovan Mitchell. The Timberwolves and Cavaliers are trying to reach the league's upper echelon, and the Jazz are starting on a new path after a few years of being good but nowhere near good enough.

"There's a very high level of competition this year," Gobert said. "I think a lot of teams got better."

Some teams might have gotten better by not doing something. Kevin Durant asked for a trade out of Brooklyn, but cooler heads prevailed and he remained with the Nets. Brooklyn also should have Kyrie Irving -- whose decision not to get vaccinated against covid-19 means he'll be tested often but won't keep him off the floor -- for many more games this season than the 29 he was limited to last season. And Ben Simmons, who didn't play at all last season, will be out there with Durant and Irving as well.

Durant's reason for asking for a trade was simple.

"I was more so worried about how we're approaching every day as a basketball team," he said.

Those concerns were addressed, and in Brooklyn he stayed, with the Nets expected to joust with Boston, Philadelphia, Milwaukee, Miami and probably others in a very deep Eastern Conference.

"A lot of teams have a legitimate shot," said Hall of Famer Chris Mullin, now a television analyst for the Warriors. "I think that's really good for the league. A lot of teams have two and three stars, and if they get their chemistry right, they stay healthy, they figure out the right kind of basketball to complement their talent, then there are a lot of teams with legitimate aspirations."

LeBron James enters this season 1,325 points behind Kareem Abdul-Jabbar for the NBA's all-time scoring lead, and the Lakers -- if they can stay healthy -- figure to be much better than the 33-49 record they posted last season. The Los Angeles Clippers have Kawhi Leonard back after a year off with a knee injury, just as the Denver Nuggets get Jamal Murray back from knee rehabilitation to join forces again with two-time reigning MVP Nikola Jokic. Phoenix has a core that has won more games than any team in the NBA over the past two regular seasons, though it enters this season with its franchise for sale as a result of owner Robert Sarver's conduct.

All those team, and a few others, plan on contending.

"Hopefully, we can take another step," Leonard said. "That's all I can hope for."

The Celtics and Warriors took more steps than anyone last season, getting to the finals.

And then, they took steps back.

Golden State's preseason was turned on its head when Warriors forward Draymond Green punched guard Jordan Poole during a practice session, a story that got immeasurably worse when video of the incident was leaked to TMZ. Green was fined by the Warriors, took a few days away from the team, then returned last week.

That all came a few weeks after the Celtics suspended Coach Ime Udoka until June 30 after an investigation found he broke multiple team rules and was involved in an improper relationship with a female member of the organization.

Udoka is being replaced by 34-year-old Joe Mazzulla for this season as the Celtics chase an 18th championship, one that would break a tie with the Lakers for the most in NBA history.

"The great thing about this organization, the players that we have, and the season last year is we have a formula for what we know we need to do in order to get better every single day and get back to where we want to get to," Mazzulla said. "As much as we can focus on that, we'll be in good shape."

There will be surprises. There will be injuries, probably some trades, maybe some firings along the way and presumably even some tanking -- whether teams call it that or not -- with hopes of enhancing their odds of winning the lottery and being able to draft French teenage phenom Victor Wembanyama next June.

Other team also are thinking about June. Not for the draft, but because that's when a champion will be crowned.

"We are on hopefully another nine-month journey," said Warriors guard Stephen Curry, the reigning NBA Finals MVP. "And it's exciting. We're blessed to play this game at the highest level and understand that we still have an opportunity to win a couple more championships." 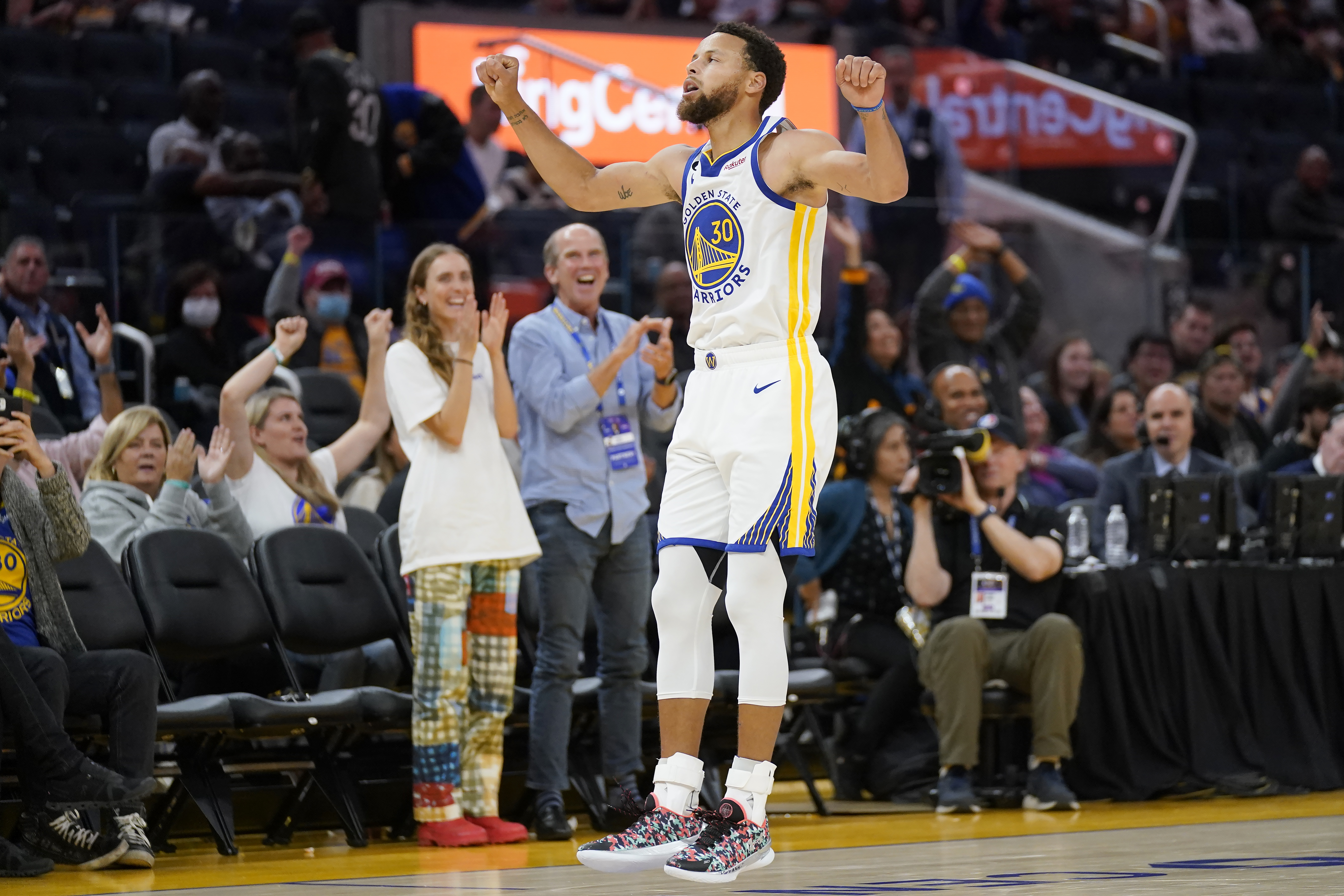 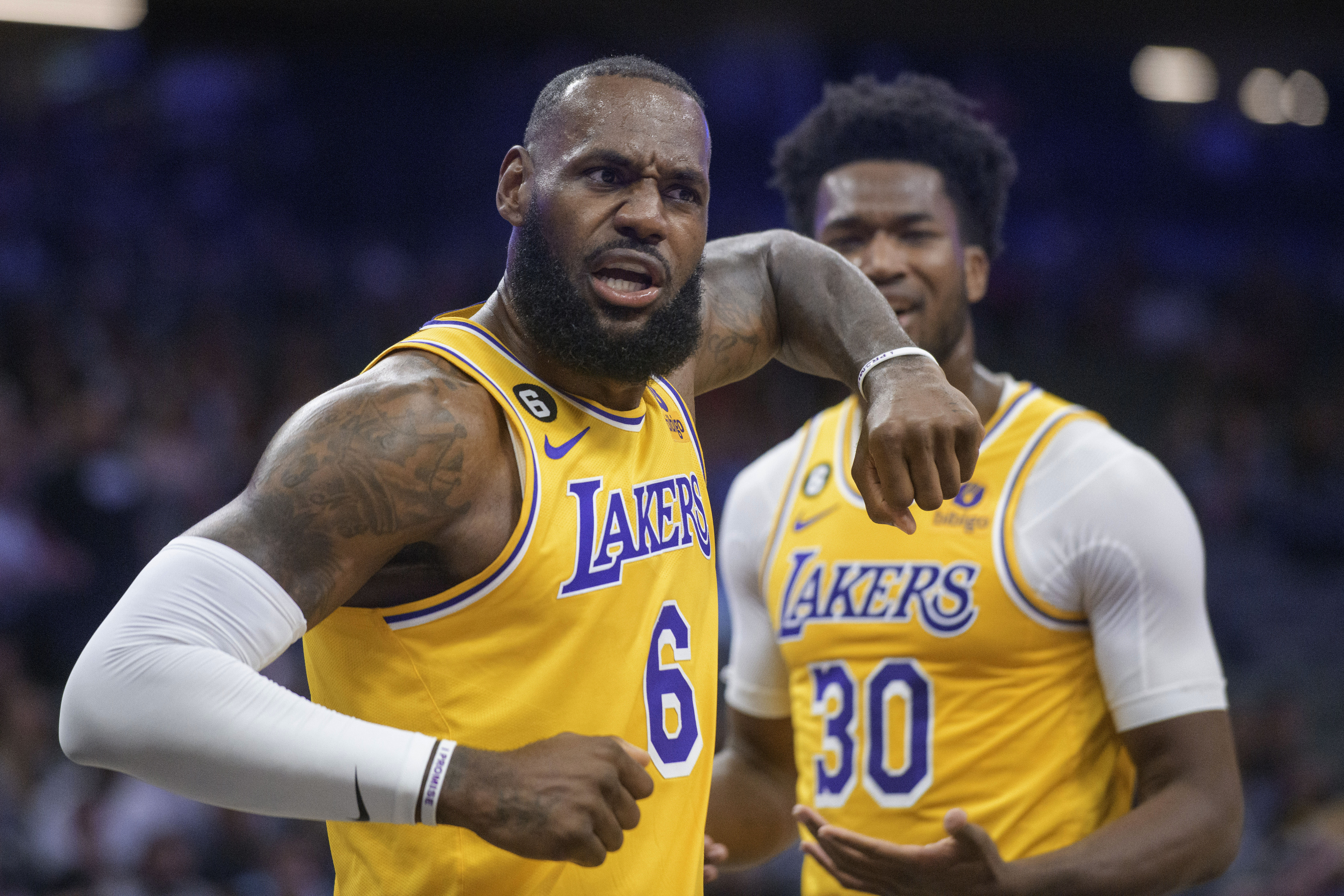 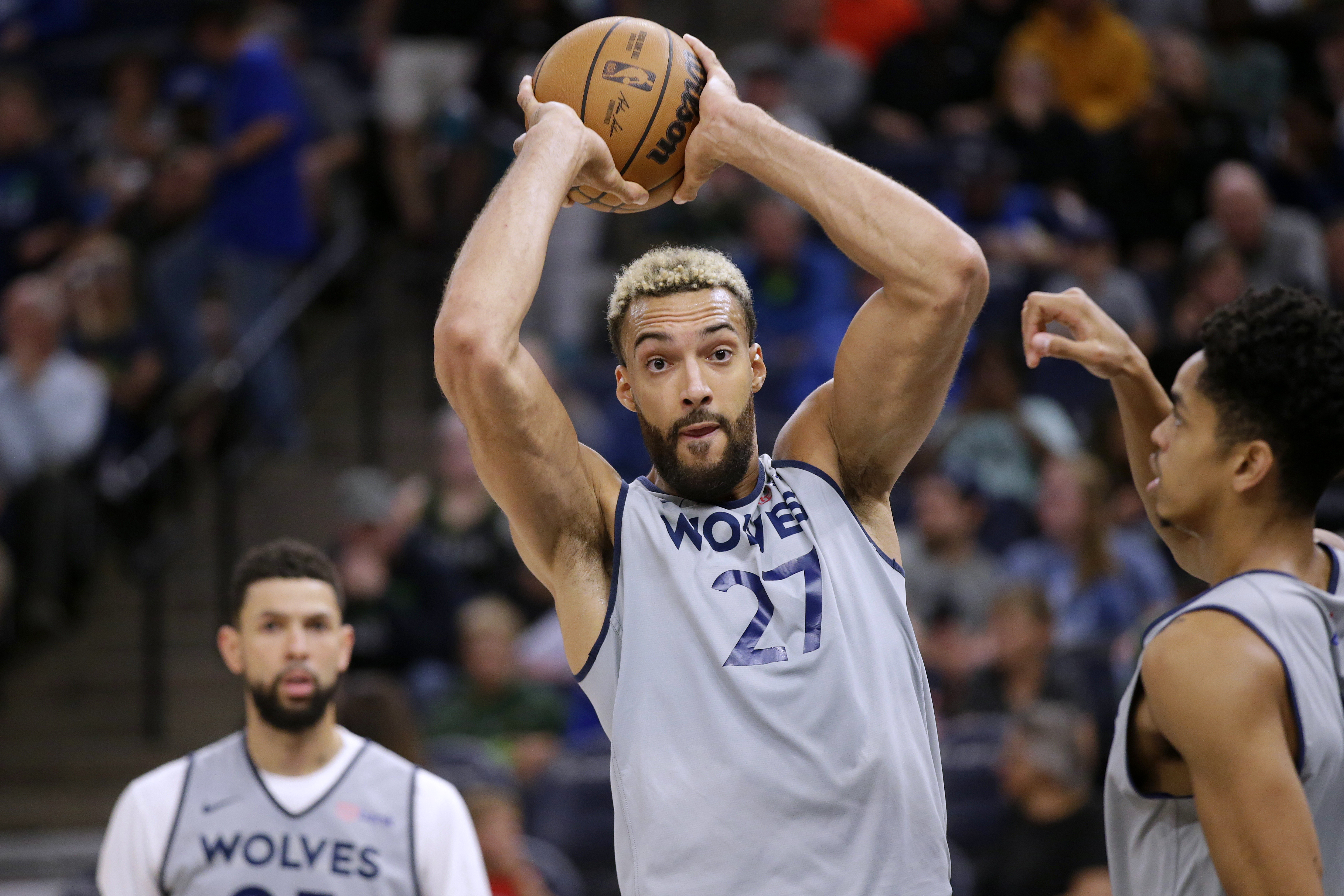 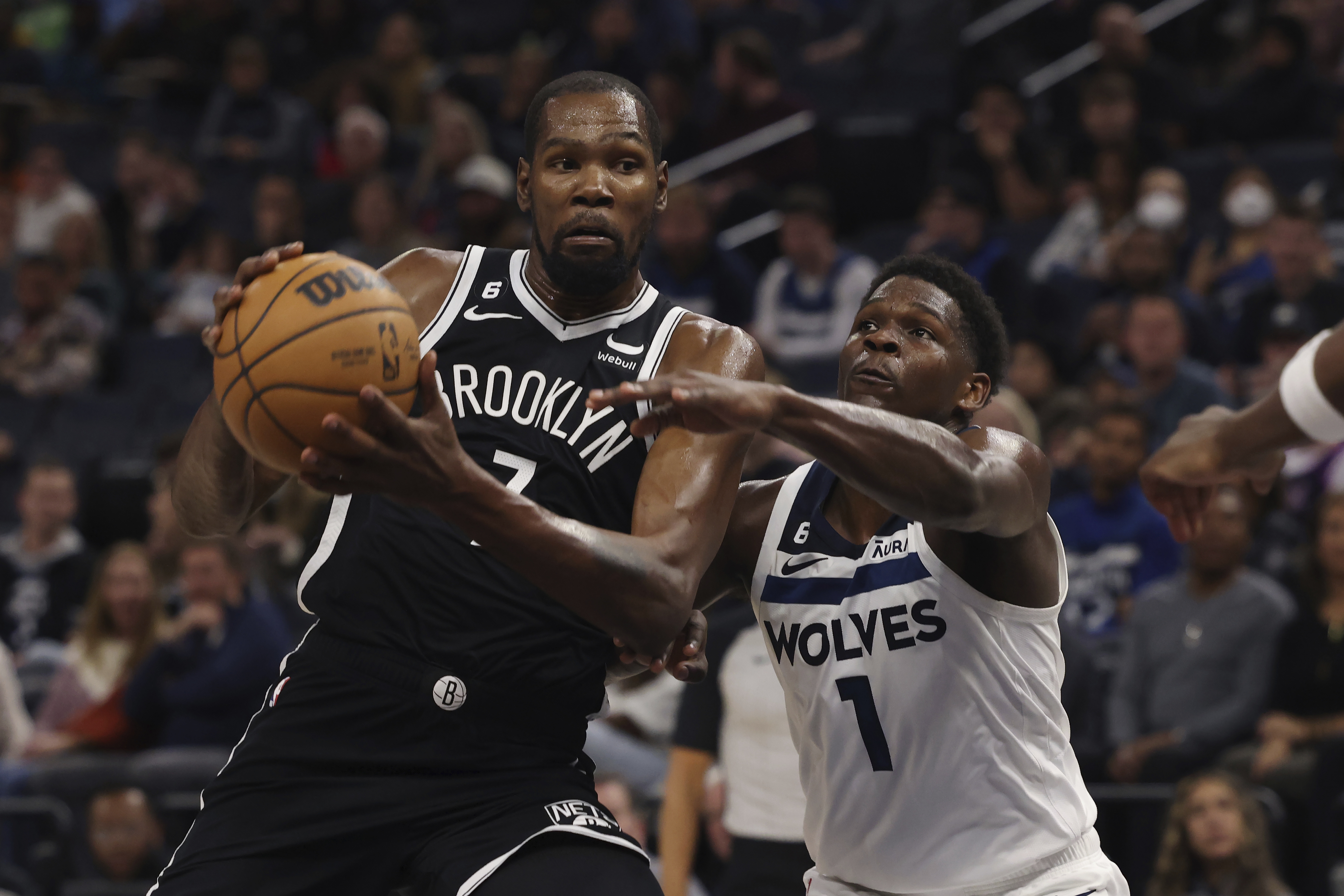 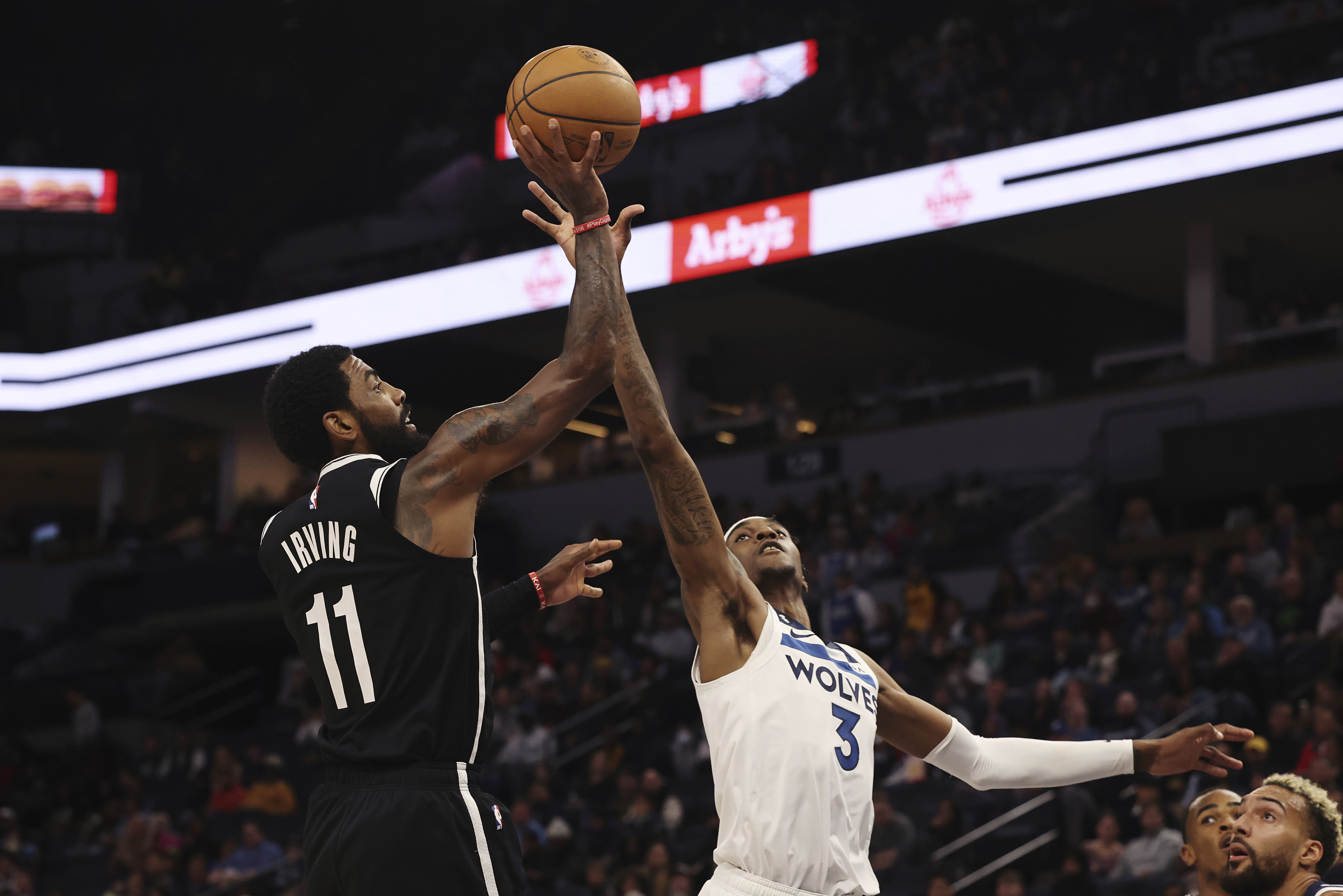 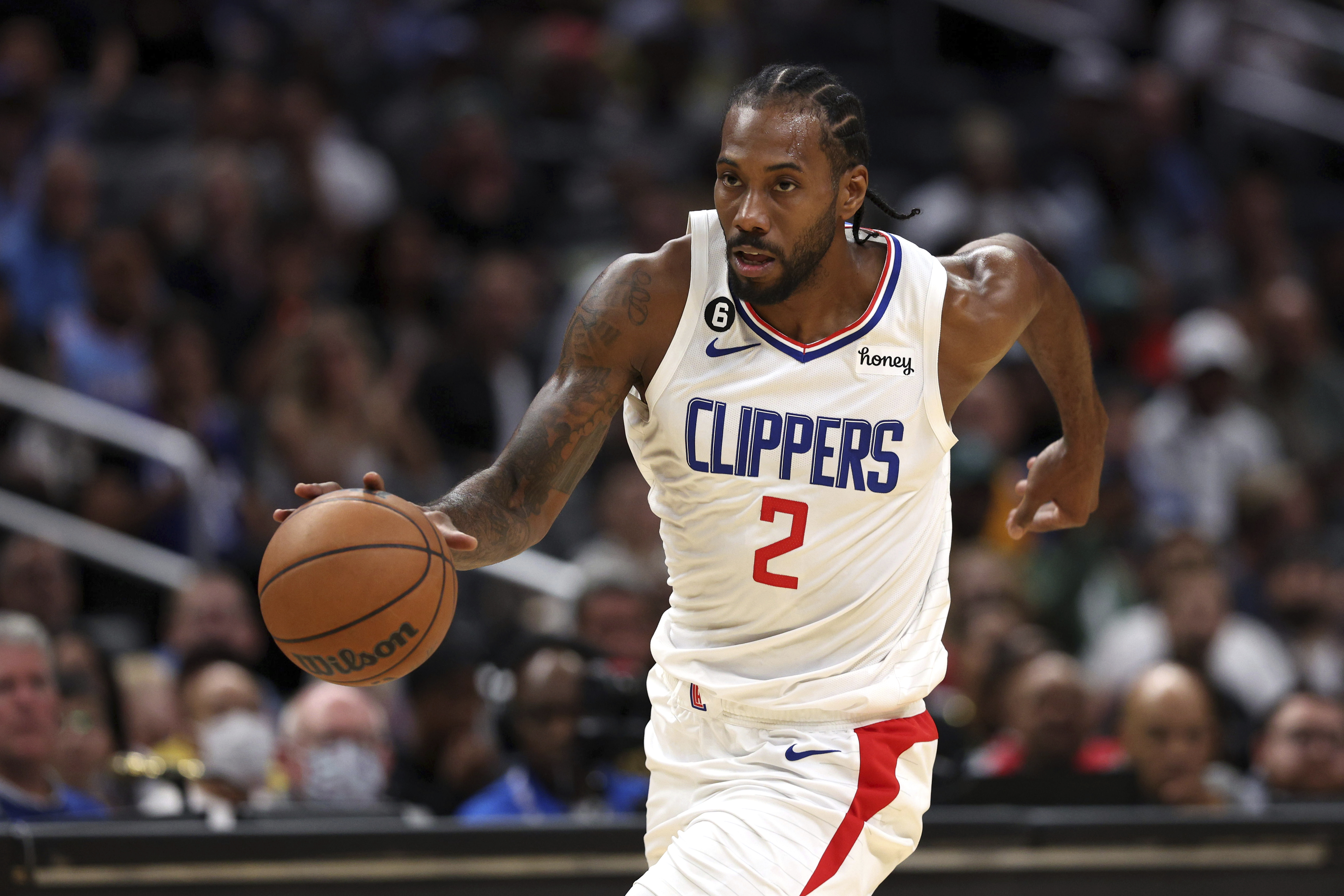 FILE - Los Angeles Clippers forward Kawhi Leonard dribbles down the court during the first half of a preseason NBA basketball game against the Minnesota Timberwolves, Oct. 9, 2022, in Los Angeles. Leonard and Paul George are healthy again heading into their fourth season together, raising the Clippers' hopes of winning the franchise's first championship sky-high. (AP Photo/Raul Romero Jr., File) 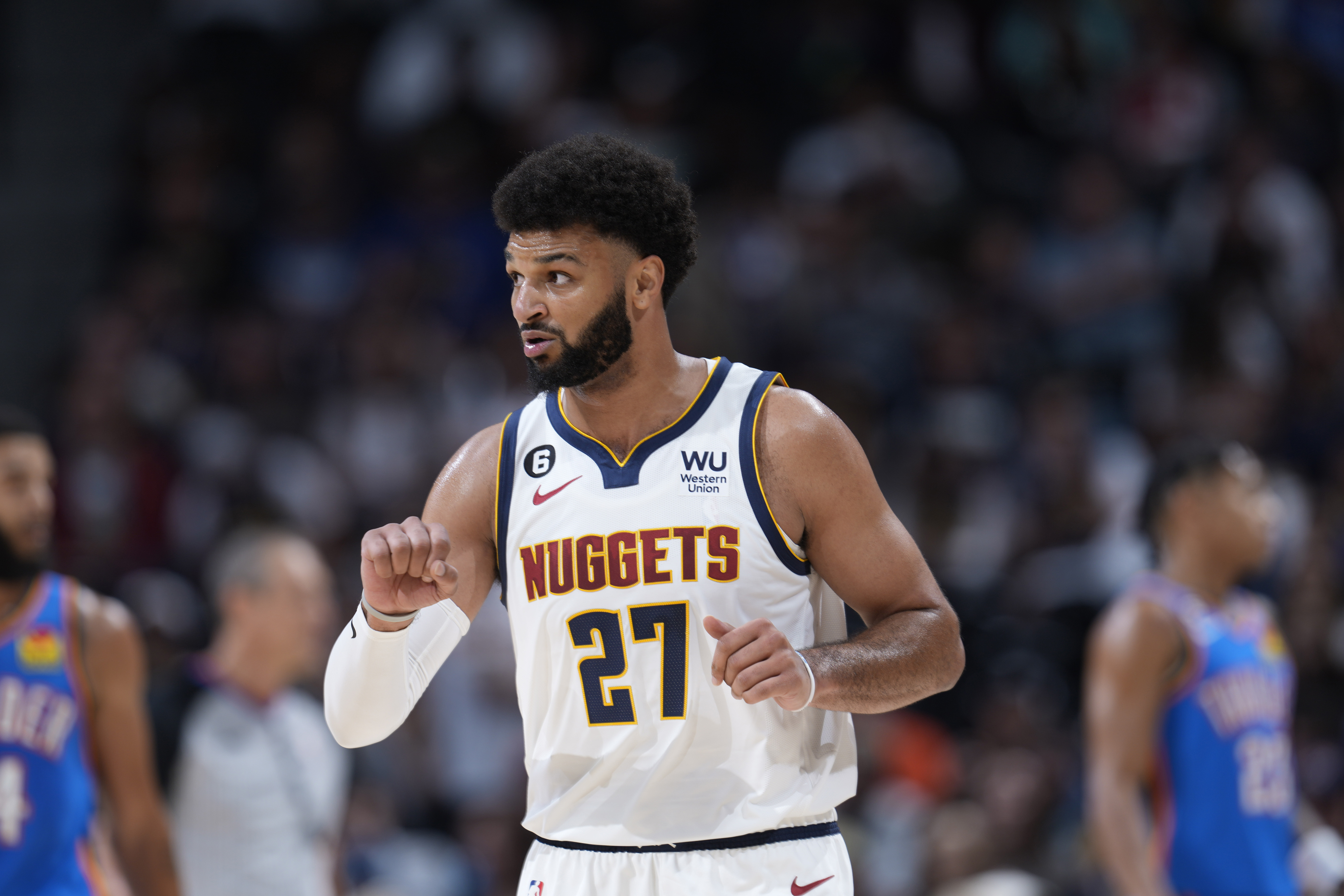 FILE - Denver Nuggets guard Jamal Murray (27) gestures in the first half of an NBA preseason basketball game Monday, Oct. 3, 2022, in Denver. This may just demonstrate how much Jamal Murray was missed: Before a preseason home game, he was introduced and the Denver Nuggets all rushed over to swarm him. (AP Photo/David Zalubowski, File)