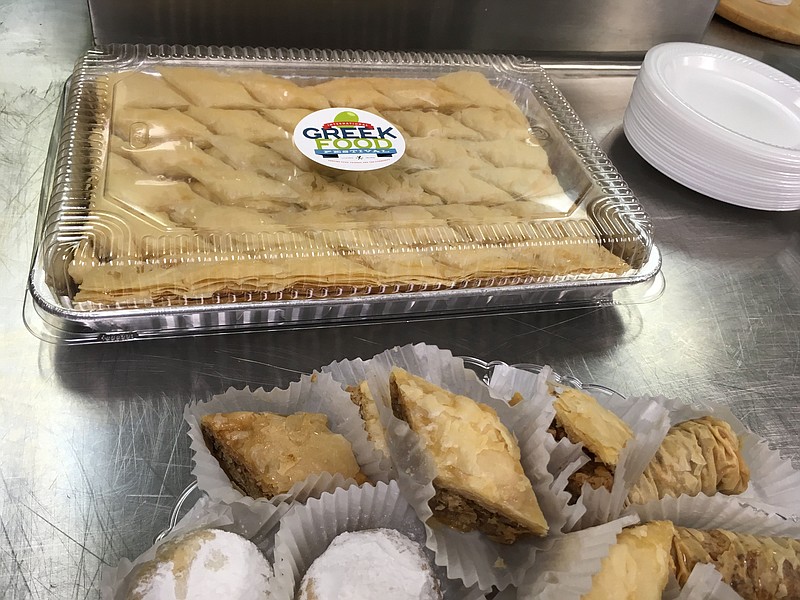 Baklava and other baked goods are available for pick-up at the Greek Food Festival. (Democrat-Gazette file photo)

The 35-year-old International Greek Food Festival, 11 a.m.-7 p.m. Friday-Saturday at the Annunciation Greek Orthodox Church, 1100 Napa Valley Drive, Little Rock, is once again an order-online-pickup only event, as it has been since the start of the covid-19 pandemic.

Fans may miss the performances and the gathering of international cultural influences, but of course for many it's all about the food: hummus, gyros with tzatziki sauce, pastitsio, falafel, soutzoukakia ("Greek meatballs"), a Greek chicken dinner (new this year, we're told) and Greek salad; baked goods include baklava, chocolate baklava and baklava crumbles, sugar cookies and kourambiethes (Greek wedding cookies).

Order online via greekfoodfest.myshopify.com or Greekfoodfest.com and pick up at what in the past few years has been an extraordinarily efficient drive-thru pickup process. Proceeds go, as always, to area nonprofits — this year's recipients are Community Connections, Easterseals Arkansas, Youth Home, Ronald McDonald House Charities and The Centers for Youth and Families.

What is going into the former El Chico, 8409 Interstate 30, Little Rock, on the frontage road off Geyer Springs Road, has been the subject of numerous recent queries, but now we know it's to be another Mexican restaurant: Signs for El Herradero Mexican Bar & Grill went up there last week. We're still short on details, but we found a Facebook page, facebook.com/elherraderolr, and this post thereon: "Our sign is on but we aren't open just yet, give us just a little more time for you to be able to dine." Checking backward, we also found a building permit that the city Planning Department issued in January to one Alvero Romero for work at that address for $151,500, while in 2021 it was being advertised by an online broker as "Rare restaurant opportunity with all furniture, fixtures, and equipment in place; convenient access to I-30 & Geyer Springs Road exit."

Meanwhile, we've also been getting fairly frequent inquiries about the status of another Little Rock Mexican restaurant, Riviera Maya, 801 Fair Park Blvd., closed since an end-of-March fire, where we have seen workmen at work within the past week. Management at the other Riviera Maya, 11701 Interstate 30, Little Rock, tells us they expect the restaurant to reopen early next year, perhaps February or March. 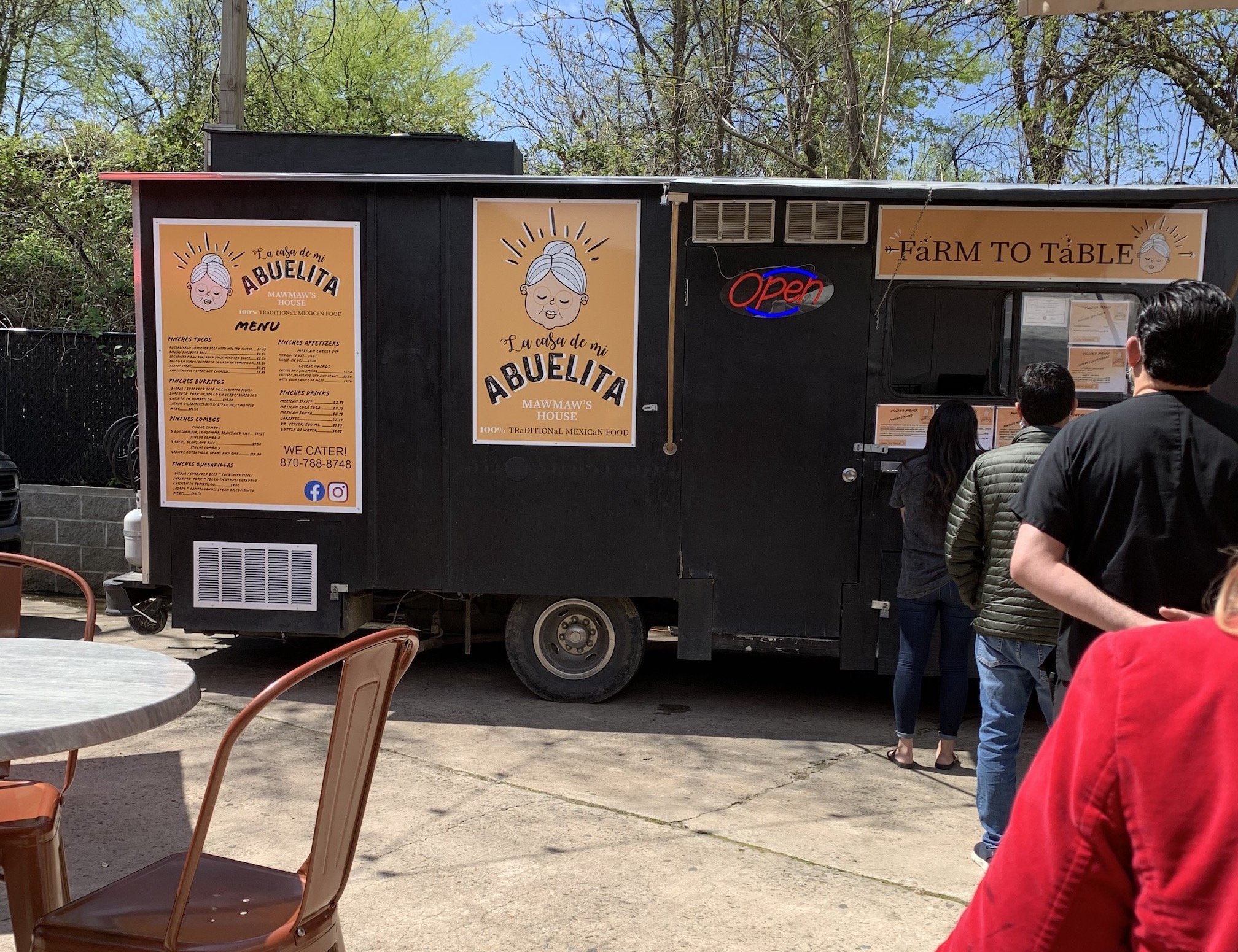 A banner on the former Burger King at 2505 Arkansas 161, North Little Rock, proclaims, "Coming soon: Louisiana Famous Fried Chicken." We're lacking details, but we found a restaurant chain by that name in and around Los Angeles and two restaurants also by that name in the Houston area. Could be a connection, could be meaningless.

In a post last week on its Facebook page (facebook.com/eat3fold), Three Fold Noodles and Dumpling Co., citing "soaring inflation and talks of recession," started offering discounts — "10% off every Three Fold purchase and 15% off all Three Fold Family Feasts until further notice" — at both locations: 611 Main St. downtown and in the Pleasant Valley Town Center, 11525 Cantrell Road, in west Little Rock. eat3fold.com.

Mark Abernathy is bringing back Blue Mesa Grill Thursdays, starting Oct. 27, to Red Door, 3701 Cantrell Road, Little Rock. It features menu items from Blue Mesa, which Abernathy operated in the early '90s on Merrill Drive in west Little Rock, for which Abernathy has fond memories and which was definitely ahead of its time. Among other items of Southwest cuisine, the menu introduced to Arkansans "America's First White Cheese Dip" (still on the menu at Abernathy's Loca Luna). Thursday hours are 8 a.m.-2 p.m. and 5-8:30 p.m. (501) 666-8482; reddoorrestaurant.net.

A meal catered by Trio's, a ghost-hunting demonstration led by Rhonda Burton of Arkansas Ghost Catchers and a tour of the Haunted Tower led by Linda Howell of Haunted Tours of Little Rock are part of the "Specter Supper," a fundraiser for MacArthur Park, 7 p.m. Oct. 31 at the MacArthur Museum of Arkansas Military History, 503 E. Ninth St., Little Rock. Tickets are $75. Visit tinyurl.com/5b86z2vh. 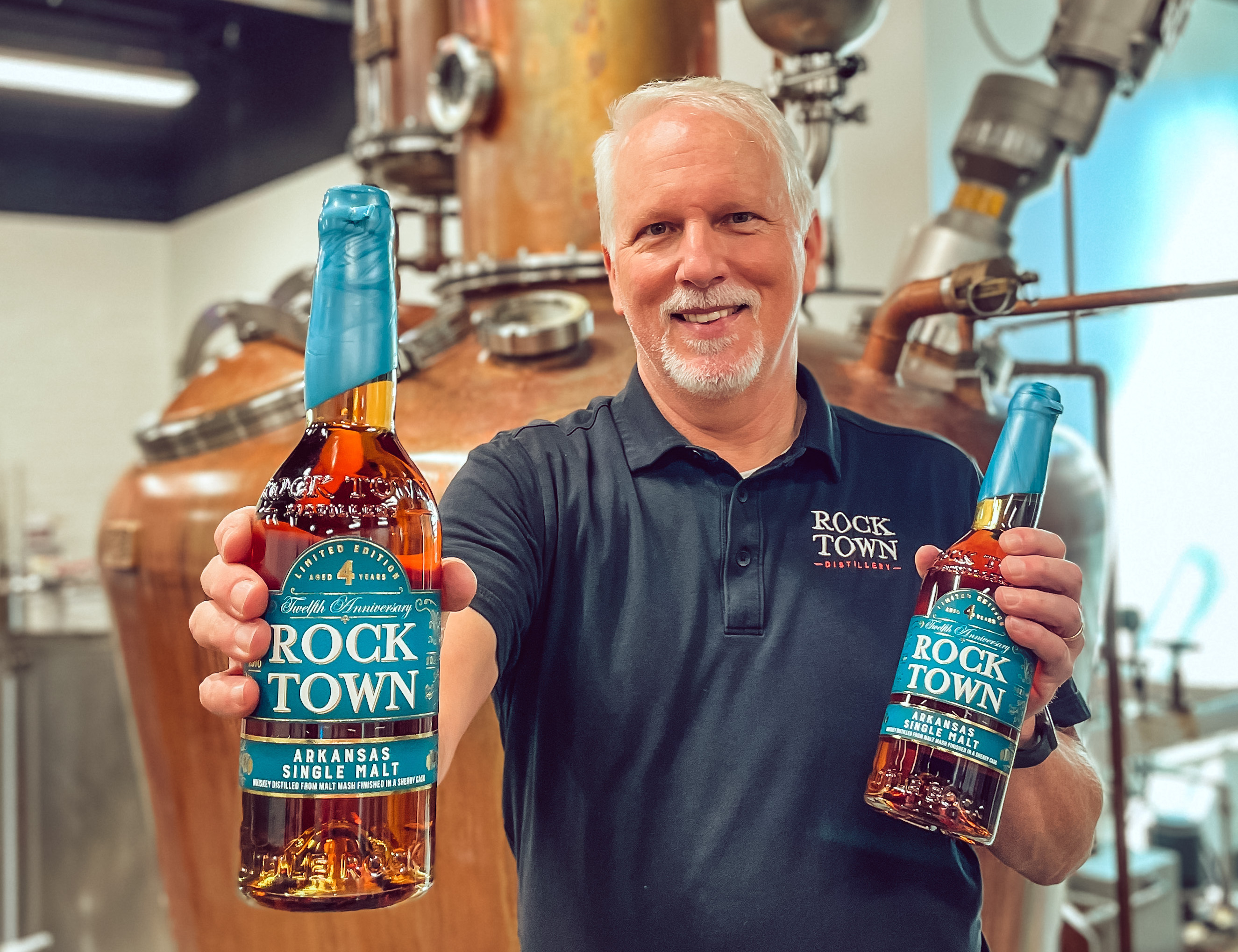