TELEVISION: ‘Magpie Murders’ is two mysteries in one series 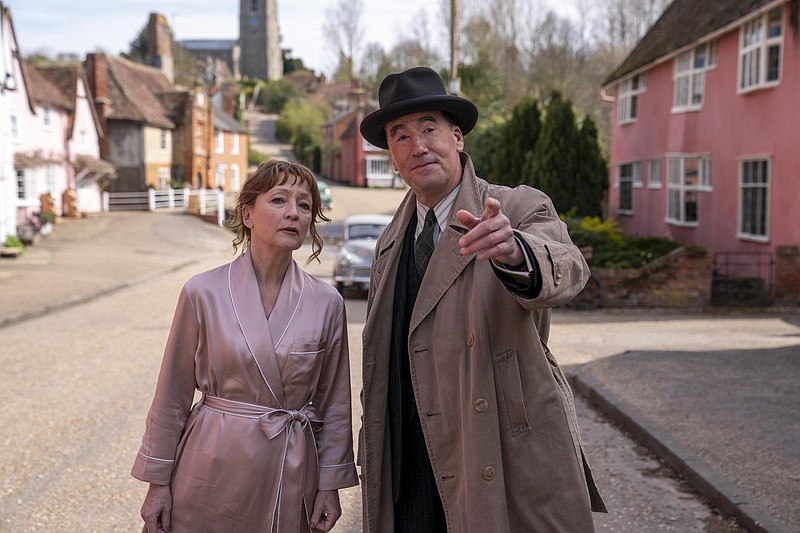 Before the streaming warriors mined the world for content, British television made its way into the American living room almost exclusively by way of PBS and its affiliates. "Masterpiece Theater" was the network's home for literary adaptations and classy historical dramas, and "Mystery!" the place for the ... mysteries.

Those venues now share prime time as "Masterpiece" and "Masterpiece Mystery!" whose latest presentation, which premiered Sunday, is "Magpie Murders," adapted by Anthony Horowitz ("Foyle's War," "Midsomer Murders"), from his own 2016 novel. It's a tightly plotted, handsomely presented, smartly acted, entirely enjoyable and structurally unusual piece — a mystery centered around a mystery novel, two stories enacted in parallel in alternating and rhyming scenes, that between them, over the course of six episodes, give you practically everything you come to British mysteries for.

An English village (times two). A baronial mansion (times two). A victim many people would be happy to see dead (times two). In the framing narrative, an amateur sleuth, drawn by circumstance into the mystery; in the story within the story, a professional detective, a foreign gentleman not exactly in the mold of Hercule Poirot but something of that type (without the tics). The local constabulary (antagonistic in the "real world," comical and cooperative in the "fictional"). A pleasant young sidekick. A new will. A puzzle unrecognized as a puzzle. A cold case heating up. And the old question: Did he/she fall or was he/she pushed?

Lesley Manville plays Susan Ryeland, an editor at a small publishing house whose cash cow is Alan Conway (Conleth Hill), a globally successful author of mystery novels set in the 1950s that feature a courtly private detective and German refugee named Atticus Pund (Tim McMullan). Conway's eight books and the ninth he has just delivered — also called "Magpie Murders" — are driving an impending sale of the company by publisher Charles Clover (Michael Maloney) to a bigger company; the publication of the new book, we are repeatedly told, is also all that keeps the company from potential ruin. (Though Horowitz obviously knows more about publishing than I do, having written many, many books for children, young adults and adult adults, including two Sherlock Holmes and three James Bond novels, the idea that a company can live or die on a single volume did ring false to me. That is my only objection, your honor.)

Susan, just back from the Frankfurt Book Fair, settles down to read the manuscript. Going slowly enough to let the book scenes play out at leisure, she discovers that the last chapter is missing from her copy, and from all other copies. It's an annoyance that becomes a crisis as Conway – a prickly sort with a habit of turning people in his life into characters in his books, in an unflattering way — is discovered dead at the bottom of a tower attached to his big country house. ("A whodunit without the solution," wails Clover. "It's not even worth the paper it won't be printed on.")

First deemed an accident, suicide is suspected as a note is produced — but it's murder, of course, or we wouldn't be here. There is a fatal fall in Conway's book as well, that of a housekeeper whose employer, Sir Magnus Pye (Lorcan Cranitch), will turn up dead himself presently, decapitated in his living room, or great hall or whatever it is.

As a professional editor, Susan is alert to discordance and senses something is not quite right. Although she claims to be no good at solving mysteries — "These things are always too complicated for me," she tells boyfriend Andreas Patakis (Alexandros Logothetis), a disaffected classics teacher who has his own connection to the victim — she will turn detective herself, heading down to the scene of the crime, at first just in search of the missing chapter, then trying to work out the true circumstances of Conway's death. In this she is aided by Pund himself, who in a bit of magical realism — not played as a hallucination — pops in from the fictional world to help her focus.

Directed by Peter Cattaneo ("The Full Monty"), "Magpie Murders" works well on the screen, the visual difference between the 1955 and 2022 settings helping to keep things clear and allowing for clever cuts between the two eras. (Some actors play roles in both stories.) It's not easy to sustain a mystery over six hours, but this is two mysteries side by side, and there are enough interesting side plots and well-drawn characters (including Claire Rushbrook as Susan's sister and Matthew Beard as both Pund's assistant and Conway's former boyfriend), to keep things lively. Above all, it plays as a delightful game, with — as in any whodunit worth the name — the clues in plain sight. The conventions of the genre are evoked only with affection. Alan Conway may express contempt for the genre that made him rich, but Horowitz has written it as a love letter.

Indeed, the Atticus Pund half of the story is so well realized that I long for a series built around the character — according to the story, there are Conway's eight previous volumes waiting to be adapted. Of course, they still need to be written. But I have no doubt that the author is up to it.