IN THE GARDEN: Late-planted gerbera daisies may lack established roots, but it's not too late to plant 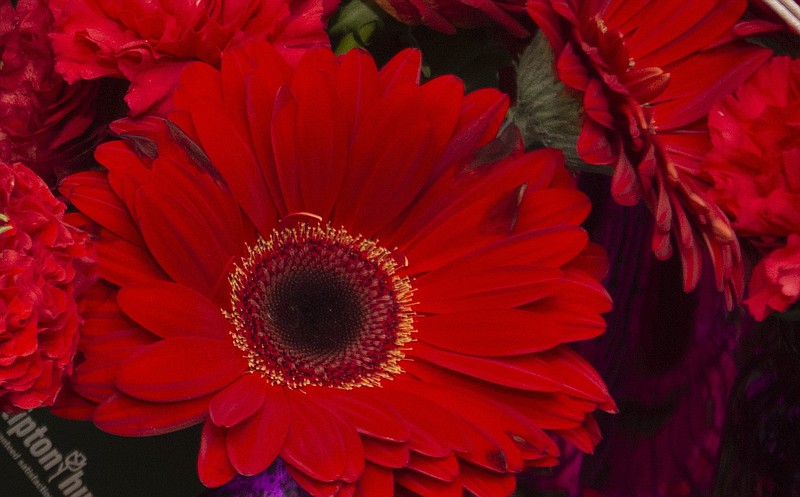 Gerbera daisies can be short-lived perennials in Arkansas, but don't expect them to survive a harsh winter. (Democrat-Gazette file photo/Cary Jenkins)

A: There is time to plant. Make sure the site is well-drained, especially during the winter. Add some mulch around the plants (not over them) and see what happens. Gerbera daisies are not the longest-lived perennial in our gardens, but they can come back. As late as you are planting, they won't have as established a root system, but whether or not they make it usually depends on what type of winter we have.

Q: Our son-in-law gave us this 9-inch Chicago fig recently. I have researched caring for it but wonder if I should leave it in this pot over the winter and plant it next spring. Any other help is most appreciated.

A: Chicago Hardy is considered one of the most cold-tolerant figs. That being said, if we have a severe winter, these figs could be damaged. The fig would be hardier in the ground than in a container, but if you want a guarantee of survival, for now, keep it in the pot and leave it outside — in a protected spot with mulch around the container. If temperatures are predicted in the low teens to single digits, move it into the garage. In early spring, plant it in the ground to let it get a root system established before the heat of summer hits. I have a fig tree in a large horse trough container on my deck, and that fig rarely has any problems, and yet every now and then it will get nipped.

Q: I follow your articles on a regular basis and never thought I would have a need to ask for some help because most of what I need is out there on your website. I have a large oak tree, two actually, that overhang our deck, and each year we are blanketed with dung from the little green creatures. It goes on from late April until the leaves are gone in the fall. They have me cleaning the deck daily. Do you have any advice on how I can keep them out of my 50-foot-tall oaks? I have attached a pic taken shortly after I cleaned the deck. If I had taken the pic a few hours later the deck would be covered. I would surely appreciate any ideas you may have.

A: Do you have a picture of the little green creatures? I would suspect a caterpillar, and there have been years when in July or August we get a lot of complaints from people saying their trees are raining poop. While there are numerous species of caterpillars that can cause droppings, the variable oak leaf caterpillar has been a big problem in some years, but it should not cause "droppage" for as many months as you are having the problem. The variable oak leaf caterpillar feeds on a variety of deciduous trees but tends to favor oaks, with the white oak preferred. In Arkansas we can see two generations of these insects in one summer, but they are typically most often a nuisance in mid- to late summer. Their feeding cycle normally ends in late August or September, when they drop to the soil, burrow underground and pupate. The larval, or caterpillar stage, produces a 1 ½-inch-long caterpillar with the overall body color varying from green to yellow and red. The adult is a gray moth with a wing span no greater than 1 3/4 inches. While the result of their feeding looks quite impressive, there should be no permanent damage from it. Sprays are usually not necessary, and spraying a large tree is not very feasible anyway. Since they don't harm the tree, the reason to remove them is just that they create a nuisance, or "gross factor" is at play. Try to get a sample of the culprit.

Q: I had an old privet hedge removed, and now there are suckers or sprouts coming up everywhere. What can I use to kill them without damaging the plants nearby?

A: Any herbicide that would kill a privet would kill desirable vegetation too. You can cut the edge of stems and put a drop or two of Round-up on the stem, but that is tedious. If you can pull the sprouts out and get the roots, that would help. Unfortunately, privet is tenacious, and it will probably take several years to eradicate them.