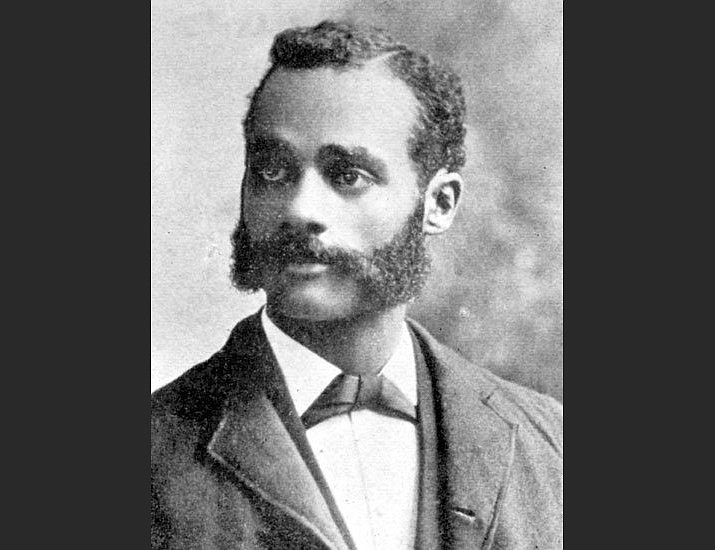 Frank Barbour Coffin of Little Rock (circa 1897) owned one of the first drugstores serving the city’s Black community. (Courtesy of the Butler Center for Arkansas Studies, Central Arkansas Library System)

If you go to 700 W. Ninth Street in Little Rock today, you will not see much. There's a parking lot, some empty and grassy lots, and cracked sidewalks. But this street was, for decades, the center of Black economic and cultural life in Arkansas' capital city, and 700 W. Ninth in particular is where one of the pillars of that community had his business: pharmacist and poet Frank Barbour Coffin.

F.B. Coffin was born Jan. 12, 1870, in Holly Springs, a small town in northern Mississippi about 40 miles from Memphis. His mother died before he was 12, leaving Coffin and at least four other siblings to be raised by their father, a farmer.

Little else is known about his childhood years, but Coffin attended Rust College in his hometown of Holly Springs and later earned a Ph.G. (Graduate of Pharmacy) degree from Fisk University in Nashville, Tenn., in 1890 and a pharmaceutical degree from Meharry Medical College in Nashville in 1893. Coffin borrowed train fare to Little Rock and moved to Arkansas. His name first appears in the Little Rock City Directory in 1895. He obtained a license to practice pharmacy in Arkansas after passing the necessary exam and worked in the pharmacy business at George E. Jones Drug Co. at 700 W. Ninth Street. On Jan. 1, 1898, Coffin bought the business and became the sole proprietor. Jones, whose wife had been a classmate of Coffin, sold him the building and loaned him $150 worth of drugs to get started. His business became known as Children's Drug Store around 1928.

At his store, Coffin tutored children in the community with their homework assignments after school. His business was very popular with neighborhood children because of the soda fountain and candy — thus his motto, "Follow the Children to Children's Drug Store."

Although not the first Black citizen to open a drug store in Little Rock, Coffin was still considered a curiosity among his white neighbors from the surrounding area who occasionally drifted into the store to ask if he was "the Negro who mixed medicine." They eventually began to trade with him. Coffin stated in an Arkansas State Press newspaper interview that "at that time practically all of Tenth [street] and back out that way was populated by whites." He offered the conveniences of a well-supplied and well-operated store with a delivery service.

Coffin published his first book of poetry, "Coffin's Poems and Ajax' Ordeals," in 1897. His poetry reflected a fondness for children and his mother, as well as romantic love. He offered insight into the troubles of racism and wrote admiring verse about Harriet Beecher Stowe, Frederick Douglass and Abraham Lincoln.

Other pieces of his poetry were published in the Arkansas World, Arkansas Monitor, Pittsburg Courier and other publications. Coffin also wrote a two-page ode titled, "Re-emancipation of Human Driftwood," which was published in The Douglass Monitor, a publication of the Frederick Douglass Club established in Little Rock in 1905. Haven Press of New York published another Coffin book, "Factum Factorum," in 1947.

Coffin was also a trustee of the Wesley Chapel Methodist Church and served as secretary for Philander Smith College.

Coffin died March 4, 1951, at the United Friends Hospital, and his funeral arrangements were taken care of by the United Friends Undertakers. Coffin is buried at Haven of Rest Cemetery in Little Rock. In 1994, some of his poetry was republished in a collection called "The Spirit of the Free."