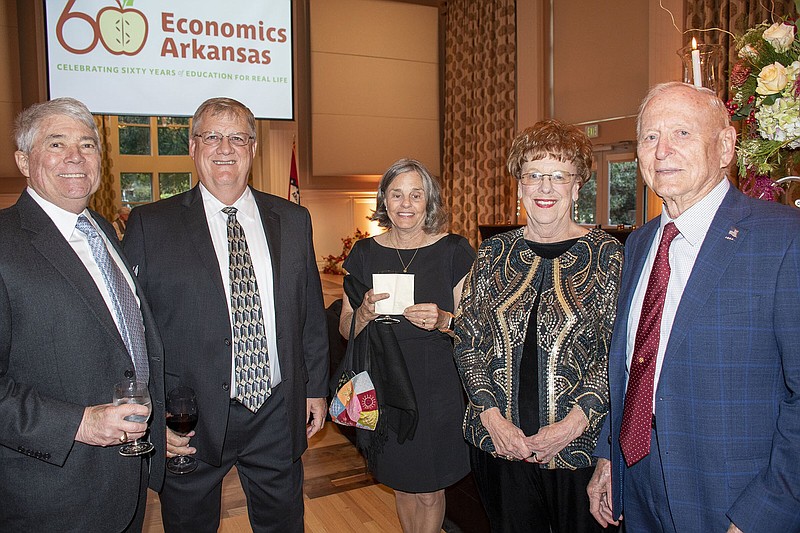 A year of celebrating the 60th anniversary of Economics Arkansas came to an end with a cocktail reception Oct. 11 at the Governor's Mansion.

Guests at the event hosted by the organization's board of directors and staff were greeted by executive director Kathleen Lawson and Gov. Asa Hutchinson.

Brief remarks were given by the governor followed by Joe Ford, whose father, Dr. Arch Ford, founded the organization in 1962. Karen Walters, superintendent of Bryant Schools, was the winner of a diamond necklace raffled in honor of Economics Arkansas' diamond anniversary.

Economics Arkansas is a nonprofit educational organization that promotes economic literacy by providing resources and training to Arkansas teachers so they can incorporate the principles of economics and personal finance in their classrooms.