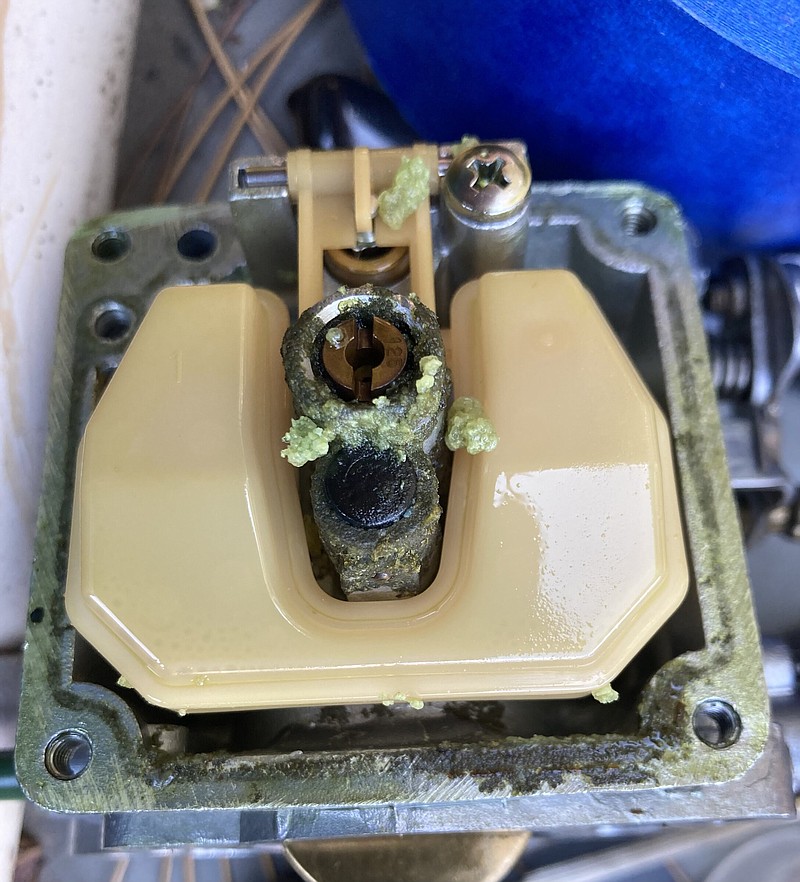 We will scratch our heads over this latest fiasco for years to come.

Regular readers of this space are familiar with carburetor problems I have with four-wheelers and outboard motors. They are so constant that I have dubbed myself, "Captain Carburetor." I know carburetors inside and out, figuratively and literally, because I am constantly cleaning or rebuilding them.

This amuses me because as a young man, the thought of tearing into anything mechanical terrified me. I could change oil and wiper blades, but that was all. A stint as an auto mechanic in my mid-twenties cured that. I did everything to a car you could do except rebuild an engine and a transmission.

By that time, however, most vehicles were fuel injected. I had no exposure to carburetors until about eight years ago when I disassembled a carb on a disabled lawnmower. Bits of grit clogged the jets. It was an easy fix and the mower ran within an hour, of course with a small fuel filter attached where none had been before.

The problem with repairing a carb is that all of your other carburetors get jealous, and they want attention, too. It's always, "Me, me me!" with those things. They are needy and high-maintenance. I've rebuilt the carb on my Suzuki Eiger 400 twice and disassembled it for cleaning another time.

The carbs on my 25-horsepower Yamaha two-stroke outboard are the worst. They are twins. One for each cylinder. If you pay attention to one, you'd better be prepared to devote just as much time to the other one.

I rebuilt them in the summer of 2020, and the motor ran marvelously. It treated Ray Tucker and me to a glorious day of trout fishing on the White River, and it ferried me around the Little Maumelle River for bass fishing.

Early in the 2021 dove season, Alan Thomas and I put in at Sweeden Island for an afternoon of dove hunting on the sandbars below Lake Dardanelle. I started the motor, backed the boat off the trailer and idled to the ramp. While I parked the truck, Thomas sped the boat downriver and then came back to pick me up. He was 20 yards from the ramp when the motor died, and it never started again.

There was fuel at the motor's intake fitting and fuel in the pump, but fuel did not reach the plugs. I didn't have time for a project right then, and that time never materialized, so I parked the boat for a year.

During the summer, I took it to a marine mechanic who said it would cost about $800 to diagnose and repair the problem.

A number that large motivates me. I would fix it myself, thank you.

I'm an old hand at this by now, so I removed the carbs from the motor in minutes. With Mike Romine assisting, I removed the bowls from both carbs and was astonished to find them full of granular globules that looked like rancid cottage cheese. A few blasts of carburetor cleaner removed most of it, but we didn't have enough to finish the job. This necessitated a run to an auto parts store to get another can.

If this thing ran, it would be a miracle. I had already written down the model numbers for the carbs for the certainty of having to buy new ones.

We reassembled the rig in about an hour and rolled the boat to Romine's shop. There, we attached a water collar to the lower unit to hydrate the water pump. We connected the motor to a battery, pushed the electric start button and, nothing. The starter turned and turned, but the motor would not start.

We removed the plate covering the air intake and noticed that I hadn't reattached the choke. That was a quick fix with needlenose pliers. Romine sprayed starter fluid in the intakes while I worked the starter.

After a few false starts, the old Yamaha finally sputtered to life. It struggled while Romine continued feeding it starter fluid. With a mighty cough, it belched a cloud of smoke from the exhaust. The smoke cleared, and it purred like a kitten.

We polled our most knowledgable friends, but none had ever seen anything like the cottage cheese fouling. We hope to never see it again. We advise being scrupulously careful about running only fresh fuel in your toys. 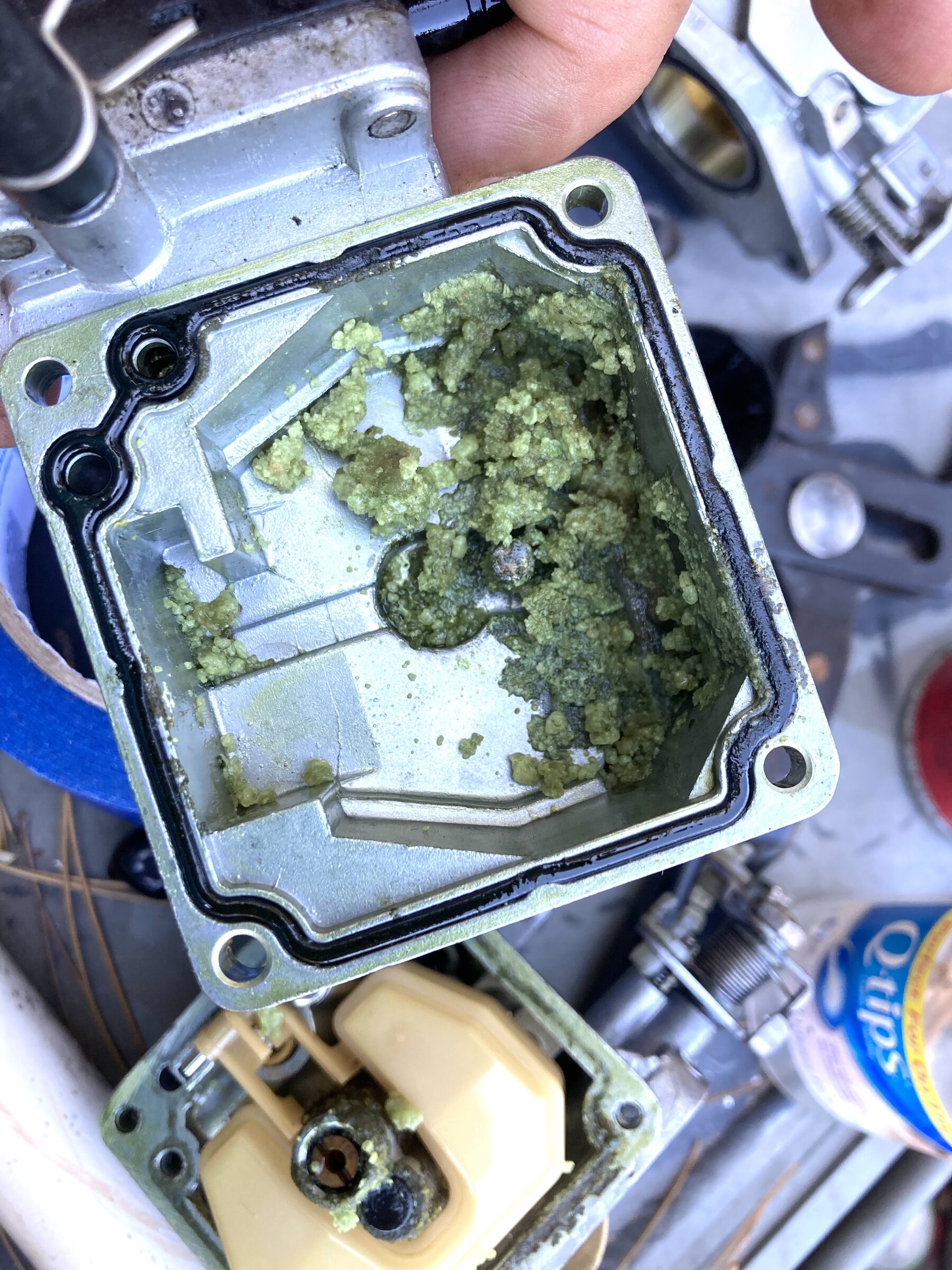