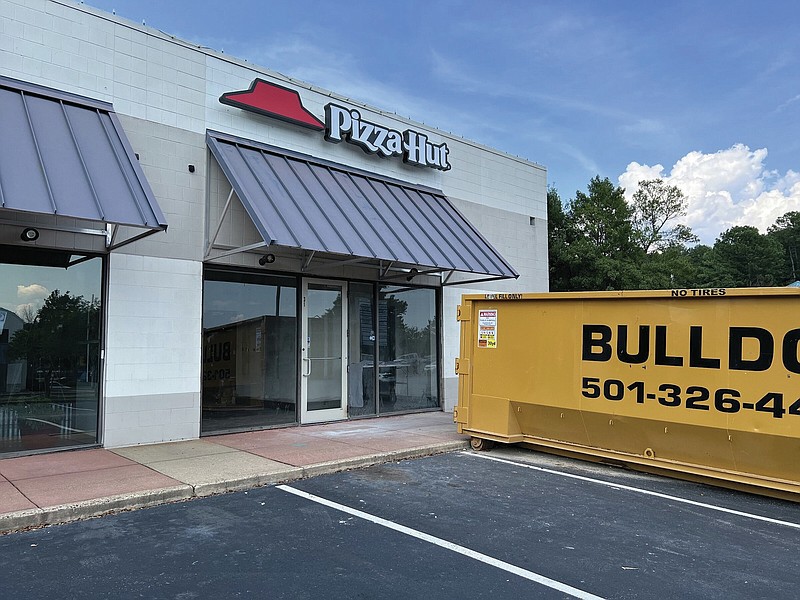 The west Little Rock Pizza Hut on which we reported a few weeks ago has officially moved, lock, stock, crust and toppings, from 11410 W. Markham St. to an end-cap storefront in the Bowman Curve Shopping Center, 400 N. Bowman Road, next door to Painting With a Twist. It's a take-out and delivery operation only, not a full-service, sit-down restaurant as its predecessor was. Hours are 11 a.m.-11 p.m. Sunday-Thursday, 11 a.m.-midnight Friday- Saturday. They've kept the same phone number, (501) 221-3562.

And we have an update, of sorts, on the status of The Original Hot Dog Factory, 1424 Main St., Little Rock. Franchisee Devin Marcel reports that, more than just the construction delays on which we've reported, some of the work done there was done incorrectly, requiring negotiations with the property owners, a possible re-permitting process and a substantial amount of re-construction. That sets an already frequently extended target to open to sometime in the first quarter of 2023. In the meanwhile, he's looking for a walk-in-ready space elsewhere in the metro area, ideally about 2,500-3,500 square feet, to open a "second" location.

And speaking of hot dogs, an outlet of the Irvine, Calif.-based Wienerschnitzel hot dog chain broke ground Oct. 20 at 1512 E. Centerton Blvd., Bentonville, with a target opening set for February. A location on Elm Springs Road in Springdale is also reportedly in the works, but no word yet on a timeline. You will recall we reported earlier this year that the chain had signed a development deal with Tejas Dogs, LLC to build 20 new restaurants over the next 12 years throughout Arkansas, where it currently has no outlets but views the area as "entirely underserved." Expectations that the franchisee would start with three stores in Northwest Arkansas, of which this is the first. Check out the chain, including its menu, at wienerschnitzel.com.

Also on Oct. 14, the reopening of Cache Restaurant, 425 President Clinton Ave., Little Rock, which closed Aug. 1 following a combination of plumbing and grease-trap damage across a large portion of the first floor. Hours are 11 a.m.-2 p.m. and 4-9:45 p.m. Monday-Saturday. (501) 850-0265; www.cachelittlerock.com; facebook.com/cacherestaurantlr.

And the Ouachita County Historical Society hosts a fundraiser to benefit the McCollum-Chidester House Museum on Washington Street, marking its 175th anniversary, 6 p.m. Nov. 5 at the Events Center at Fairview Park, 2740 Mt. Holly Road SW, Camden. Postmaster's Grill is putting together a Scottish-themed dinner; there will be music (including bagpipers) and a video about the museum's history; costumed re-enactors will portray members of the McCollum and Chidester families. Camden brewery Native Dog will offer a special "Scottish Stout." Tickets are $75; a portion of that will be tax deductible. Call (870) 836-9243.