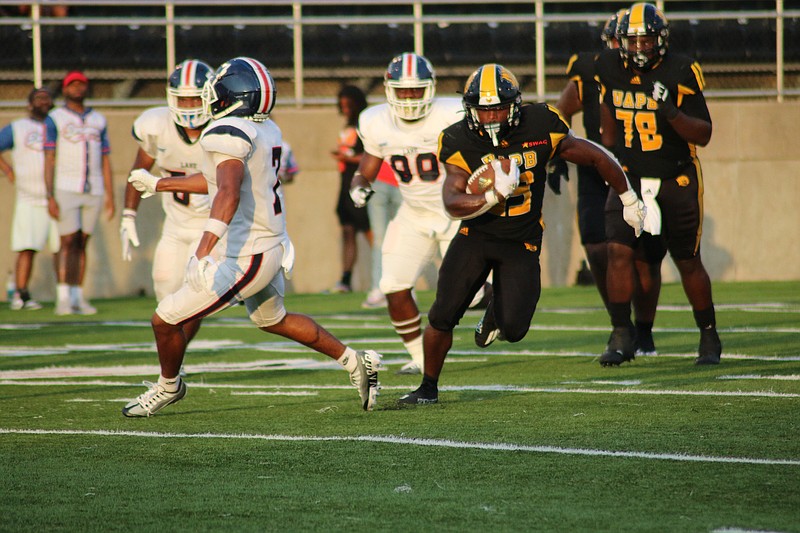 In his first game in a University of Arkansas at Pine Bluff uniform, Maurice Lloyd all but cemented his status as Southwestern Athletic Conference Specialist of the Week.

The transfer from California's Laney College returned the second-half opening kickoff 85 yards to give the Golden Lions a two-touchdown cushion against Tennessee's Lane College on Saturday. UAPB held on for a 48-42 win to open the football season in front of 6,238, and the SWAC awarded Lloyd with one of its weekly honors Monday.

Lloyd felt before halftime he would score on the second-half kickoff.

"I said I was going to take it to the crib and let everybody know," he said. "I came out and watched it set up perfectly. I game-planned it all week. I knew what hole I had to it, and I hit it."

Sophomore running back Kayvon Britten seemingly made a case for Offensive Player of the Week after becoming the first UAPB player to rush for 200 or more yards in 32 years. He had 237 on 31 carries, earning 40 on a carry that went down to the Lane 1 in the final minute, allowing the Lions (1-0) to run out the clock.

Britten's single-game total is the highest in the nation among Championship Subdivision players. Devon Starling of Tennessee State is second with 207, followed by Jaleel McLaughlin of Youngstown State with 203 and Jarveon Howard of Alcorn State with 194.

But Britten did not get the top honor among the SWAC's offensive players. Jackson State quarterback Shedeur Sanders was honored after completing 29 of 33 passes for 323 yards and a career-high five touchdowns in a 59-3 win over Florida A&M in Sunday's Orange Blossom Classic in Miami Gardens. Sanders completed his first 17 passes.

Not so bad after all

During Monday's SWAC coaches' videoconference, Doc Gamble walked back criticism of fifth-year starting quarterback Skyler Perry, who committed two turnovers despite completing 16 of 27 passes for 222 yards and a touchdown.

Perry lost a fumble that Jeffrey Johnson returned 4 yards for a Lane touchdown in the third quarter and was intercepted by Flakewood Tucker, who returned it 37 yards to the UAPB 49 early in the fourth quarter. The very next play, O'Joshua Bunton had a 49-yard touchdown reception from Michael Huntley to draw the Dragons (0-1) within the final margin.

"Skyler played well," Gamble said. "You take those two turnovers away, and he had an excellent game. He had a fumble where he took a shot to the head. I think anybody would have dropped the ball behind that.

"The INT really wasn't his fault, either. You're running a curl route, and you've got a freshman wideout who's running an old-school button hook instead of coming back to the ball. But, to the untrained eye, you think it's on the quarterback. So, he played a really good game."

"For him, it's about playing with the savviness of a guy who's taken a bunch of reps the whole time. But he played really well for us," Gamble said.

UAPB outgained Lane 521-511 in total yards, but allowed Huntley to throw for 328 yards and three touchdowns on 15-of-21 passing.

"They've got some good dudes at the wideouts, and we've got some good defensive backs," Gamble said of Lane. "But, still, we played too undisciplined at times, too much for my liking as far as eye placement, out-of-position here and out-of-position there. When we're in position, we're able to compete for the football, but when you take yourself out of position by doing what you're not coached to do, that's a sign of a non-disciplined football team. We're either allowing it or we're coaching it. Those things get corrected this morning."

UAPB's next opponent is fairly new to the education landscape.

North American University, located in the Houston suburb of Stafford, Texas, was established in 2007. The Stallions began their football program in 2020 and are in their first year as a member of the National Association of Intercollegiate Athletics.

North American is coming off a 60-0 loss to NCAA Division II Texas A&M-Kingsville.

Kickoff between UAPB and North American is at 6 p.m. Saturday at Simmons Bank Field at Golden Lion Stadium.

'Hope into a desolate community'

With its rout of Florida A&M on national television, Jackson State has shined a positive light on Jackson, Miss., a state capital that's otherwise been beleaguered with lack of water pressure stemming from a failure in its aging water treatment facility caused by recent flooding.

Mississippi Gov. Tate Reeves announced at about the same time the coaches' videoconference was wrapping up that water pressure was restored across Jackson, but a boil-water advisory was still in effect, according to media reports.

The Jackson State football team has been staying at a hotel and practicing at a location off-campus during the crisis.

"Our staff has done a wonderful job making sure our kids have a place ... to sleep in, a place to shower and a place to eat," Tigers Coach Deion Sanders said. "The city of Jackson, we're still in prayer."

Sanders also credited Reeves and Jackson Mayor Chokwe Antar Lumumba with their response to the crisis. On the field, he added, the Tigers are doing their best to practice with as normal a routine as possible.

"The staff and administration have done a wonderful job with our program," Sanders said. "We're trying to instill hope into a desolate community." 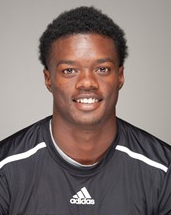