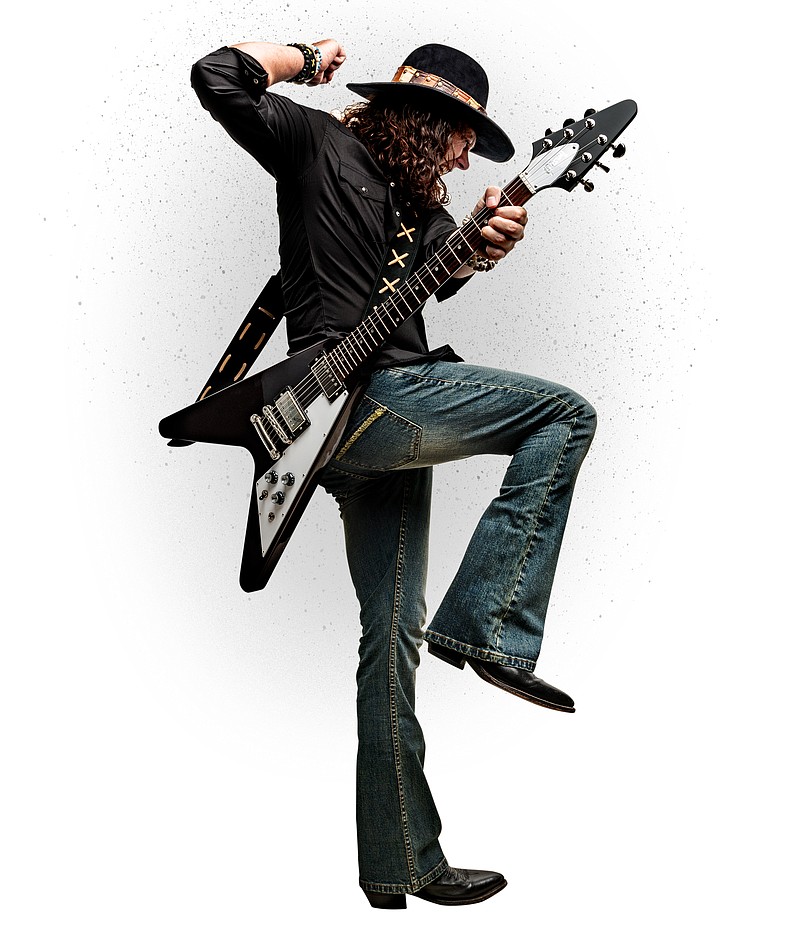 Anthony Gomes will be the headline performer for the first night of the Big Steam Music Festival on Sept. 23 at Hill Wheatley Plaza. - Submitted photo

Less than a month remains until the inaugural Big Steam Music Festival arrives at Hill Wheatley Plaza on Sept. 23 and 24.

"Before last year's blues festival, the blues society that had been doing this for years disbanded," Robert Zunick, one of the main organizers of the event, said. "Visit Hot Springs took over and ran the festival, along with the help of a fellow named Joe Powell in Pine Bluff. Joe booked all the bands last year, and he's booked a lot of blues festivals around the state and area. So we were all watching and enjoying it and having a good time and found that it was not going to happen again."

Zunick joined with two of his friends, Don Gooch and Neal Harrington, and decided they needed to find a way to keep the festival going.

"Hot Springs is a city of festivals, and it's a city of music, a city of culture," Harrington said. "And any piece of it, if it goes, it's like a slippery slope, and you maybe start losing more. And so we thought it'd probably be an easy thing for us to get behind because we love it."

While all three organizers are blues enthusiasts, they know the genre is not as popular as it once was, so they know that the event may not be only blues music.

"A lot of the original blues musicians -- there aren't a lot left anymore," Harrington said. "And so we're giving these guys a stage to hopefully keep it alive, and we wanted to keep the blues alive here in Hot Springs."

"It's Big Steam Blues and Music Festival, so it's not just the blues," Gooch said. "I mean, it can evolve a little bit from here. We're kind of open to see where it goes really, but so far, we've had great response, lots of people talking about it."

Gooch said most people can understand the blues because of the feeling behind the music.

"I think somewhere it says, 'The blues ain't nothing but a good man feeling down,'" he said. "You know, everybody feels down every once a while. You might need to go listen to a little blues music and just kind of get into it. And I think that it's just a kind of unique American art form, and I think it needs to survive and thrive."

Zunick said when trying to come up with the name, they wanted something that would tie into the thermal waters that made the city a tourist destination.

"A lot of the good names have already been used, so we just kept talking it through and came up with steam and worked off of that," he said.

The two-night festival has musical acts set to play from 4:45 p.m. to 10 p.m. both nights with Anthony Gomes headlining the first night and Bernard Allison as Saturday's headliner.

Allison is the son of Luther Allison, a famous blues guitarist from Arkansas.

"He grew up from a young age being on stage, running around first as a kid, and then he picked up a guitar, I think, when he's barely 7, and began playing with his father when he was a teenager," Zunick said. "So he's pretty well-known in blues circles. He plays some blues and some R&B. So he's gonna have a really good mix."

Gomes is a Canadian blues and rock guitarist whose newest album "Containment Blues" debuted at No. 1 on the Billboard Blues Chart.

"My goal is to keep the Blues fresh, exciting and even dangerous," Gomes said in a news release. "I want to bring back the thrill longtime Bluesmen created in their day. At the same time, I think it's very important for the music to grow and evolve."

The eight acts were selected by fellow board member Joe Powell, Zunick said.

With internationally-known artists headlining the festival, Zunick said it was fortunate they were able to get the artists to come to Hot Springs.

"I think we got lucky with both of our headliners that they were somewhere regionally nearby, and we were able to piggyback on some larger dates that they were doing," he said. "We hope to be able to just continue to grow as it goes on this year and next year and the next and kind of ramp it up. But Bernard and Anthony Gomes are both high-level blues acts. We're lucky to have them."

Gooch said the hope is to have this festival grow and bring in more top talent in years to come, but the main focus is to bring people together to enjoy the music.

"I'd like it to be a little bit bigger and have a little more, you know, economic impact," he said. "That's always great. But I think the real thing is that we have good quality music, and we provide a space where everybody can just enjoy the music and have fun."

All three organizers said that Mary Zunick is "the backbone" of the organization and has been key to helping them get the festival started.

"Without her involved, we'd still be trying to pick a date probably," Robert Zunick said.

Gooch said there was more required to put on the festival than what he expected.

Admission to the festival is free, but VIP tickets are available for $100, which will include a Big Steam Music Festival koozie, reserved seating and VIP lines.

Friday's music starts at 4:45 p.m. with the Port City Blues Society Players, followed by Charlotte Taylor & Gypsy Rain, and Trey & Jason before Gomes takes the stage at 8:30 p.m. Saturday's lineup starts with the Chad Marshall Band with Akeem Kemp at 6 p.m. followed by Tullie Brae at 7:15 p.m. and Allison at 8:30 p.m.