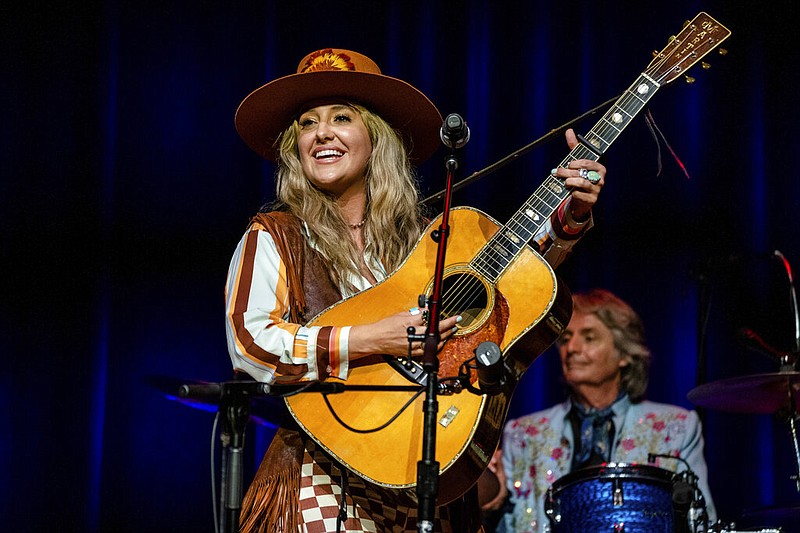 NASHVILLE, Tenn. — Louisiana-native Lainey Wilson is having a breakout year as she tops the Country Music Association Awards nominations in her first year as a nominee, earning nods in six categories including album of the year, female vocalist of the year and song of the year.

Wilson is only the fourth artist in the history of the CMAs to earn six nominations in her first year, following Glen Campbell, Brad Paisley and Kacey Musgraves. She's also up for new artist of the year, music video and musical event.

Other leading nominees include Ashley McBryde, Carly Pearce, Chris Stapleton and writer-producer Shane McAnally, who all have nominations in five categories. The CMA Awards, hosted by Luke Bryan and Peyton Manning, will air on Wednesday, Nov. 9 on ABC.

"There is a whole lot of love, respect and admiration between the artists in these categories. We do a good job of challenging one another and raising the bar, all while cheering each other on. We all work hard and do our best to perform our asses off. Thank you for recognizing our work, for listening and for loving country music," McBryde said in a statement.

Wilson's 2021 album "Sayin' What I'm Thinkin'" last year earned her critical accolades, spurred on by the success of her country radio No. 1 hit "Things a Man Oughta Know." Her next album, "Bell Bottom Country," is due out in October.

Reigning CMA entertainer of the year Luke Combs is back in the top category, alongside Miranda Lambert, Stapleton, Carrie Underwood and Morgan Wallen. This is Wallen's first nomination in the category.

"Music has been the driving force of my life since I started chasing this dream as a 17 year old, and what I've learned since then is that people make the music mean what it it does. None of this matters without the songwriters who pour their hearts out alongside me, the co-producers who help give life to our words, and — most importantly — the fans who find themselves in those words," Lambert said in a statement.

McBryde and Pearce share four nominations for their hit duet "Never Wanted To Be That Girl," which they co-wrote with McAnally. McBryde and Pearce also are in the running for female vocalist of the year, alongside Lambert, Underwood and Wilson.

Stapleton is nominated for single and song of the year for "You Should Probably Leave," which he also co-produced with Dave Cobb. He's also nominated alongside Taylor Swift, for joining in her music video for "I Bet You Think About Me (Taylor's Version) (From The Vault)." Actor Blake Lively earned a nomination for directing the music video.