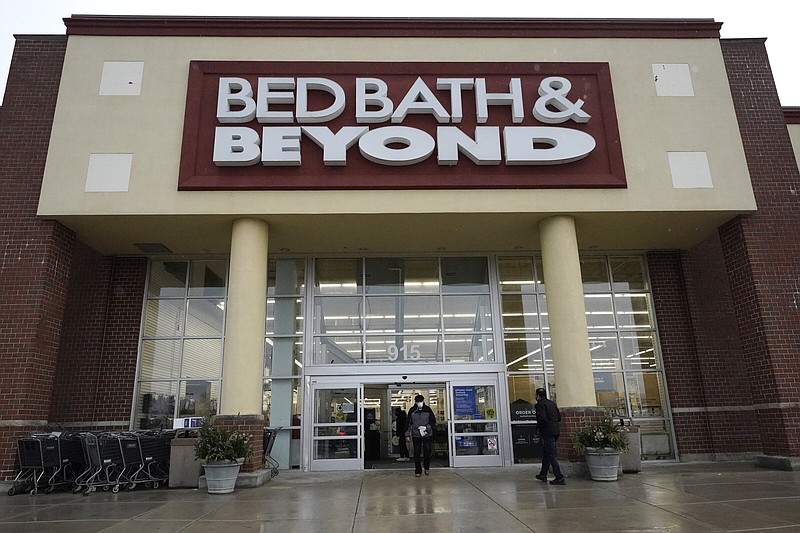 Bed Bath & Beyond has named Laura Crossen as interim chief financial officer to replace Gustavo Arnal, whose death late last week added to a cloud of financial uncertainty for the company and further complicated its plans for a turnaround.

According to the New York City Police Department, police found the 52-year-old Arnal unconscious with injuries showing he fell from the 57-story Jenga residential tower in Manhattan. The medical examiner’s office ruled Arnal’s death a suicide, and police said an investigation was underway.

The news of Arnal’s death landed just days after Bed Bath & Beyond said that it would close about 150 of its namesake stores and slash its workforce by 20% as it tries to fix its beleaguered business. The company also said last week it was considering selling more of its stock to shore up its finances and lined up more than $500 million of new financing.

“The underlying factors were bad before,” said Allen Adamson, co-founder of marketing consultancy Metaforce. “This [tragedy] just makes a difficult situation even worse.” Arnal, who joined the company in May 2020 after holding senior executive jobs at Avon, Walgreens Boots Alliance and Procter & Gamble, was facing a lawsuit accusing him and activist investor Ryan Cohen of conspiring since March to boost the price of Bed Bath & Beyond shares, and then dump the stock for a profit. It also accused Cohen of making a false filing and manipulating the timing of disclosing the sale of most of his stock.

Pengcheng Si, who filed the lawsuit in August against Arnal, Cohen, Bed Bath & Beyond and its bankers, couldn’t be reached for comment.

Bed Bath & Beyond said it is in the early stages of evaluating the complaint, “but based on current knowledge the company believes the claims are without merit.” It disclosed in a separate filing in August that Arnal sold about 55,000 shares for $1.4 million in six different transactions that still left him with more than 255,000 shares.

Founded in 1971, Bed Bath & Beyond had for years enjoyed its status as a big box retailer that offered a vast selection of sheets, towels and gadgets unmatched by department store rivals. It was among the first to introduce shoppers to many of today’s household items like the air fryer or single-serve coffee maker, and its 15% to 20% coupons were ubiquitous.

But for the past decade or so, Bed Bath & Beyond struggled with weak sales, largely because of its messy assortments and lagging online strategy that made it hard to compete with the likes of Target and Walmart, both of which have spruced up their home departments with higher quality sheets and bedding. Meanwhile, online players like Wayfair have lured customers with affordable and trendy furniture and home decor.

In late 2019, Bed Bath & Beyond tapped Target executive Mark Tritton to take the helm and turn around sales. Tritton quickly scaled back coupons and started to introduce store label brands at the expense of national labels.

But the pandemic, which happened shortly after his arrival, forced the retailer to temporarily close its stores and it was never able to use the health crisis to pivot to a successful online strategy as others had, analysts said. And while many retailers were grappling with supply chain issues, Bed Bath & Beyond was among the most vulnerable.

During last year’s crucial holiday shopping season, the stores were missing many of their 200 best-selling items, including kitchen appliances and personal electronics, taking a hit of $100 million in sales, the company said early this year. The retailer ousted Tritton in June after two back-to-back quarters of disastrous sales.

“He went too far, too fast,” said Neil Saunders, managing director at GlobalData Retail. “He didn’t think about the customer.” Then came turbulence with the retailer’s shares, which made a monstrous run from $5.77 to $23.08 in a little more than two weeks in August. The trading was reminiscent of last year’s meme-stock craze, when out-of-favor companies suddenly became darlings of smaller-pocketed investors.

But the stock fell back to earth after Cohen, the billionaire co-founder of online pet-products retailer Chewy who purchased a nearly 10% stake in Bed Bath & Beyond in March, sold off all his shares.

The company is now being led by board member and retail consultant Sue Gove while a search firm looks for a permanent CEO. Last week, it announced that the chief operating officer and chief stores officer had left. Meanwhile, Crossen will continue as principal accounting officer while serving as interim chief financial officer.

Bed Bath & Beyond executives say they are reverting back to the company’s original strategy of focusing on national brands, instead of its own private labels, getting rid of one-third of its store brands. It would also stop embracing the “pile high” merchandising approach and work more closely with its suppliers.

But Saunders and other analysts fear that suppliers will demand stricter financial terms as they worry about the health of the company. He thinks that the company is just biding time before a bankruptcy filing.