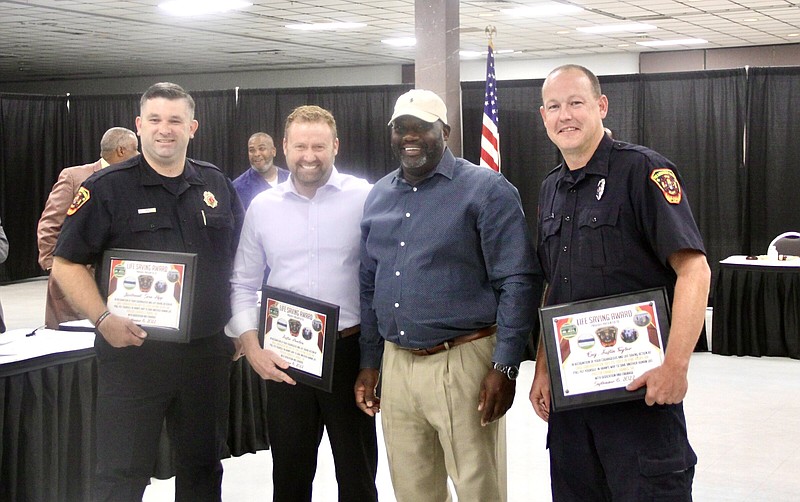 Lafayette, La., Pastor Charles Banks just felt his life was ending after being thrown from his Sea-Doo personal watercraft in the middle of Lake Langhofer at Regional Park Beach. An avid swimmer with over 30 years of riding, Sea-Doos didn't matter to the currents that took Banks under after he made a wrong turn.

"I never thought it could happen to me," said Banks, recalling the incident in the 30-foot deep lake. "When I made that left turn, it threw me, and when it threw me I tried to swim. I can swim but when I tried to swim, the water began to take me."

On July 25, Banks spent approximately 30 minutes struggling in the water while onlookers stood on the bank unable to help. Justin Hendrix, a Pine Bluff civilian, was passing by and recognized Banks needed help after the onlookers informed him of a possible man drowning.

"First I was swimming, but water got in my mouth so I began to turn," said Banks who said he never panicked. "I got on my back and began to float on my back."

Though he did not panic, thoughts of dying crossed his mind. He watched as his watercraft took off down the lake but was unable to get himself through the treacherous currents to go after it.

"I knew I was dead because the water took me," said Banks. "I thought about three things -- my church, my wife and my children."

Banks said he began to yell for help.

Banks could hear Hendrix coming to his rescue from a distance as he waded in the water. Hendrix had retrieved a small pink flotation device from a kid, put it around his waist and swam to Banks' aide.

"He came out there and he began to talk to me. He said, 'Grab me,'" said Banks. "When I grabbed him, we kind of went and I said two people can't die."

"I was tired. I had been fighting the water for 30 minutes," said Banks. He found out members of the Trail Rider Horse Club who had witnessed the incident had called 911.

Trey Murry and his brother Kevawn Goins of the Trail Rider Horse Club swam out into the lake to retrieve the Sea-Doo that was making its way back to shore on its own.

Lt. Sven Hipp and Engineer Justin Taylor arrived within minutes of one another and could see the two men about 100 yards from the shore. According to Battalion Chief Edward Pinkins Jr., the Pine Bluff Police Department, the Jefferson County Sheriff's Department and EASI were also on the scene.

"The two men were just holding on with a life jacket and flotation ring," said Pinkins.

According to Banks, as he and Hendrix got closer to shore, they could feel the sand underneath their feet, which gave them stability as they swam back to shore.

With a life jacket and a boogie flotation board, Pinkins said Hipp swam out to the two men while Taylor began gathering rescue rope and assisted with helping to remove the men from danger.

"The firemen met Hendrix and me as we were approaching the shore," said Banks.

"Lt. Hipp assisted the two men toward Engineer Taylor and the group walked to the shore," said Pinkins.

According to Pinkins, the two men did not need medical attention once on shore.

Due to the heroic acts of Hendrix, Hipp and Taylor, Pinkins recommended them for the Life Saving Award, which was presented by Fire Chief Shauwn Howell Tuesday night at the Pine Bluff City Council meeting.

"Oftentimes we talk about the fire department does more than just fight fires, and this is one of those times where we were called to action to rescue an individual," said Howell. "Going up and above and doing something that is not necessarily the normal line of duty when you think of a firefighter."

"Hendrix saved my life," said Banks. "If it wasn't for him, there is no telling what the outcome would have been."

Banks said he also wants to do something for the Trail Rider Horse Club to show his appreciation.

"I want to thank the city of Pine Bluff Fire Department for being there for me. I never thought it would happen to me," said Banks. "They came out with the floaty and put me on there. Thank you so much for being in the right place at the right time and thank you for the service that you do." 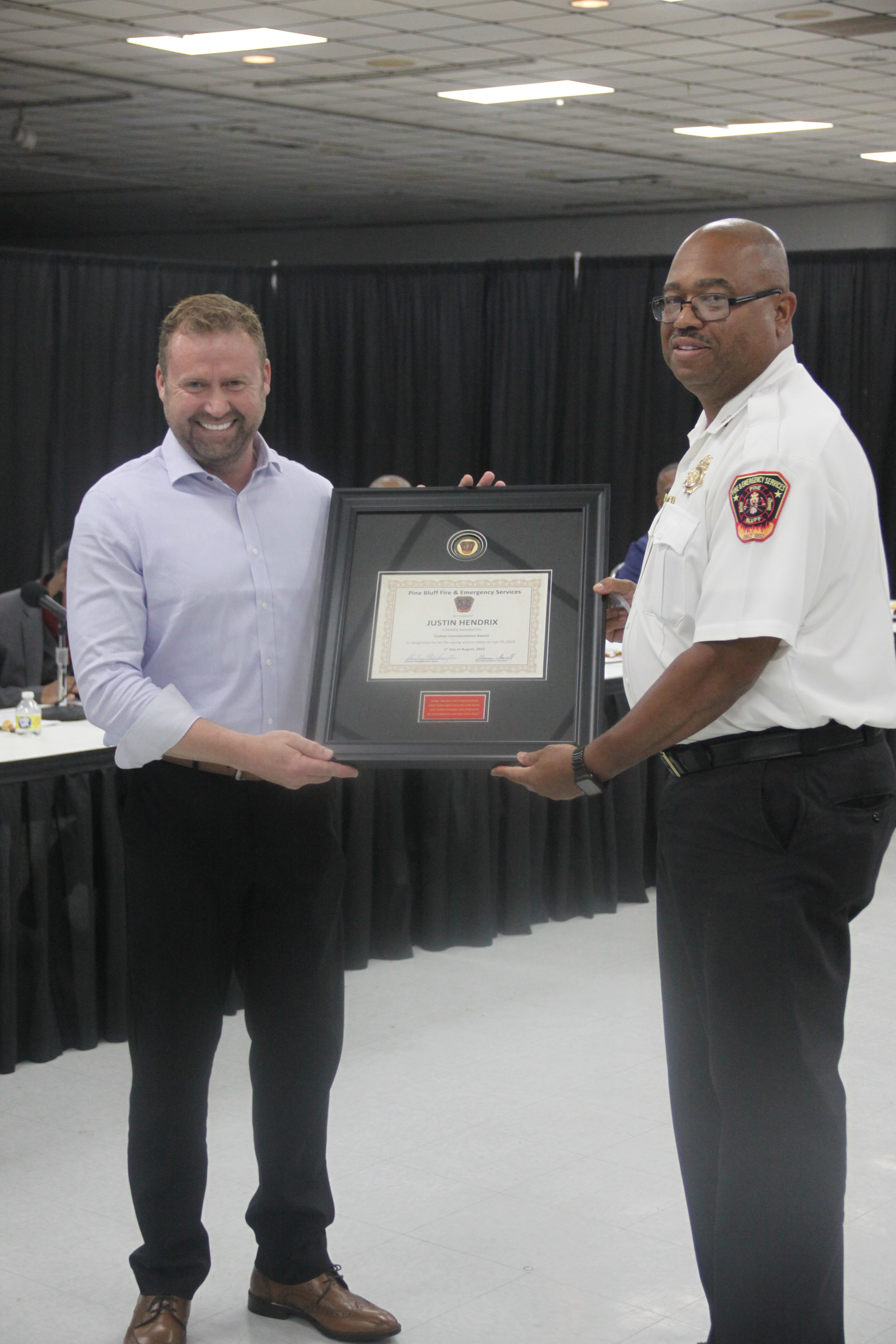