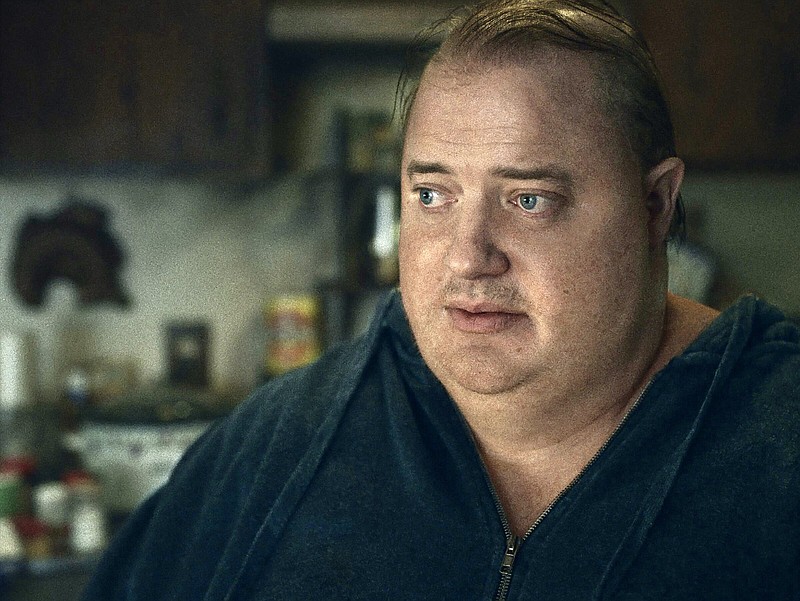 Brendan Fraser is earning the best reviews of his career for his role as a morbidly obese man in Darren Aronofsky’s “The Whale,” which is screening at the Toronto International Film Festival this week.

I first began attending the Toronto International Film Festival in 2012, and haven't missed a year since (albeit '20 and '21 were attended virtually). It was my first-ever big film festival outside of Philly, an experience, frankly, I was pretty anxious about (How does it work? Where are the films? What are you meant to do at the press parties?). With little notice, I had to find housing really quickly, and not remembering how spread out Toronto streets are, I booked a place that *looked* pretty close to where the action was.

Dear readers, it was not. Instead, it was about a 40-minute walk down King Street, which doesn't sound like much, but when you have an unrelenting schedule from early morning to late at night, it added up. I also knew very few people there, and everyone was insanely busy, so I spent much of my first few days there watching great stuff and having nobody to talk it over with afterward.

I was getting so lonely and desperate, when I struck up a conversation with a kindly fellow critic in line for something or other, the words gushed out of my mouth in a torrent. Fortunately, she weathered that storm, and we remain good friends to this day, one of the people I only get to see in a festival (after you've been to a few of them, this becomes true of nearly everyone you meet: You have friendships you only have on the road, under these wonderfully chaotic conditions).

In any event, over the years, I gradually learned more of the ins and outs of the city, and the festival itself (when to arrive at the press room just before they unveiled that day's lunch offerings was a big one), and grew to really appreciate how thorough the festival was, how many different genres and types -- Hollywood, indie, international, doc -- they managed to cram into their annual programming.

I write this with a bit of a wistful tone because I suspect this will be the last time I'll get to cover the Toronto International Film Festival -- my most favored of festivals -- at least for some time. When I get back, I will launch into my new gig teaching at a local high school, an institution that would likely frown upon me taking literally the first week of classes off each September in order to do my film writing gig. I won't (can't!) say never, but I also can't plan on being able to return anytime soon, so I'll be trying to breathe in deep the experience this year, and appreciate the absolute hell out of it while I can.

From a content standpoint, this appears to be a pretty good year to go out on, with many big-ticket films -- including some hotly anticipated Hollywood stuff, as well as some of the heralded titles from Cannes -- and a few of my more hallowed directors out with new projects. I can't say I won't feel a bit misty about the whole thing, but at least I get to go out with a bang (I hope).

Here are 10 of the films I'm most excited to see, in alphabetical order.

"Aftersun": After its well-received debut at Cannes, Charlotte Wells' sterling directorial debut started garnering a lot of attention. The story concerns a young, single father (Paul Mescal) taking his 11-year-old daughter Sophie (Francesca Corio) on vacation in a Turkish resort, as remembered a couple of decades later by the now adult woman. Melancholy but vivid, the early buzz suggests it's the harkening of a great new director at the very start of her career.

"Decision to Leave": Anything South Korean director Park Chan-wook makes is must-see, and his new film is no exception. It's a love story/mystery/noir affair about a homicide detective (Park Hae-il), trying to solve a difficult case, as the alluring widow (Tang Wei) of the deceased, entreats him deeper and deeper into her spell. A visual stylist, Park often uses his films as springboards into complex psychological ­explorations, so this one promises to be a huge treat.

"Glass Onion: A Knives Out Mystery": As I've said before (and recently!), one of my enduring memories from my decade at this festival is attending the world premiere of Rian Johnson's brilliantly conceived whodunit contraption, "Knives Out," with a crowd that was utterly beside itself with joy. It seems fitting then, that I will get to see the sequel at the same theater, some years later. We return to the exploits of the redoubtable detective Benoit Blanc (Daniel Craig), as he attempts to unravel yet another scandalously complex caper, this time, set on a gorgeous Greek island.

"Holy Spider": In the Iranian city of Mashhad, an intrepid journalist (Zar Amir-Ebrahimi) tirelessly tries to track down a serial killer (Mehdi Bajestani), hellbent on cleansing his city of what he sees as immorality by murdering prostitutes and dumping their bodies as part of his crusade. Iranian director Ali Abbasi's film -- also earning strong buzz at Cannes, where Amir-Ebrahimi won best actress -- is based on real events that occurred at the turn of the millennium, which adds further grit to its heft.

"R.M.N.": Another one of my favorite directors, Romania's Cristian Mungiu ("Graduation"), brings his latest opus, a tangled story of immigration, racial resentment and familial displacement to the festival. Considered by many to be the godfather of the Romanian new wave, Mungiu's films, multi-layered, often harrowing, and brutally honest, often depict his homeland in all its confoundingly corrupt glory, where he never lets his characters (or the rest of us) off the hook.

"Sanctuary": Back in 2015, I was absolutely blown away by a small indie drama called "James White," a devastating character study of a wild-hearted young man having to confront the impending death of his loving mother. Josh Mond's film was a searing showcase for its two leads, Christopher Abbott and Cynthia Nixon, who were both superb. I've been a huge fan of Abbott's ever since, so his new film, in which he stars alongside Margaret Qualley, as a hotel magnate about to inherit his parents' empire, who needs to call it quits on an ongoing relationship with his dominatrix, sounds viciously fascinating.

"The Eternal Daughter": Joanna Hogg has made a considerable name for herself with both installments of "The Souvenir," her pair of semi-autobiographical films that co-starred her mother, Tilda Swinton. Her new film also stars the redoubtable Swinton, as a middle-aged woman taking her elderly mother to a once-grand hotel in order to glean details of her life for a film she's planning on making about her. Apparently, things get peculiar and increasingly menacing, as their time together begins to flatten out into an ever-more unnerving cycle.

"The Good Nurse": In his work both as a solo director and writing screenplays with Thomas Vinterberg, Tobias Lindholm always seeks to engage his audience by partly incriminating them, offering sympathetic characters who often make difficult choices, and forcing us to decide for ourselves how to feel about it. This film, based on real events, offers us a wayward male nurse (Eddie Redmayne), who befriends a beleaguered colleague (Jessica Chastain) at a busy hospital in New Jersey. All seems fine, until his patients keep mysteriously dying, eventually leading to a criminal investigation.

"The Whale": Having earned much acclaim/denigration/conversation at Venice just last week, Darren Aronofsky's portrait of a morbidly obese English professor (Brendan Fraser, in what many are calling a sterling come-back performance), trying to come to terms with his fading health, and the return of his estranged daughter (Sadie Sink), has all the makings of a festival essential.

"Triangle of Sadness": This year's winner of the Palme d'Or at Cannes, provocateur par excellence director Ruben Ostlund returns to Toronto with his latest satirical look at contemporary wealthy society. Here, set on a fabulous luxury cruise, the snobbish, despairing megalomaniacs who populate the exquisitely appointed cabins attempt to shred each other to pieces amid the voyage's increasingly violent seas, leading to anarchic chaos. For this one, and the rest of this year's lineup, count me all the way in. 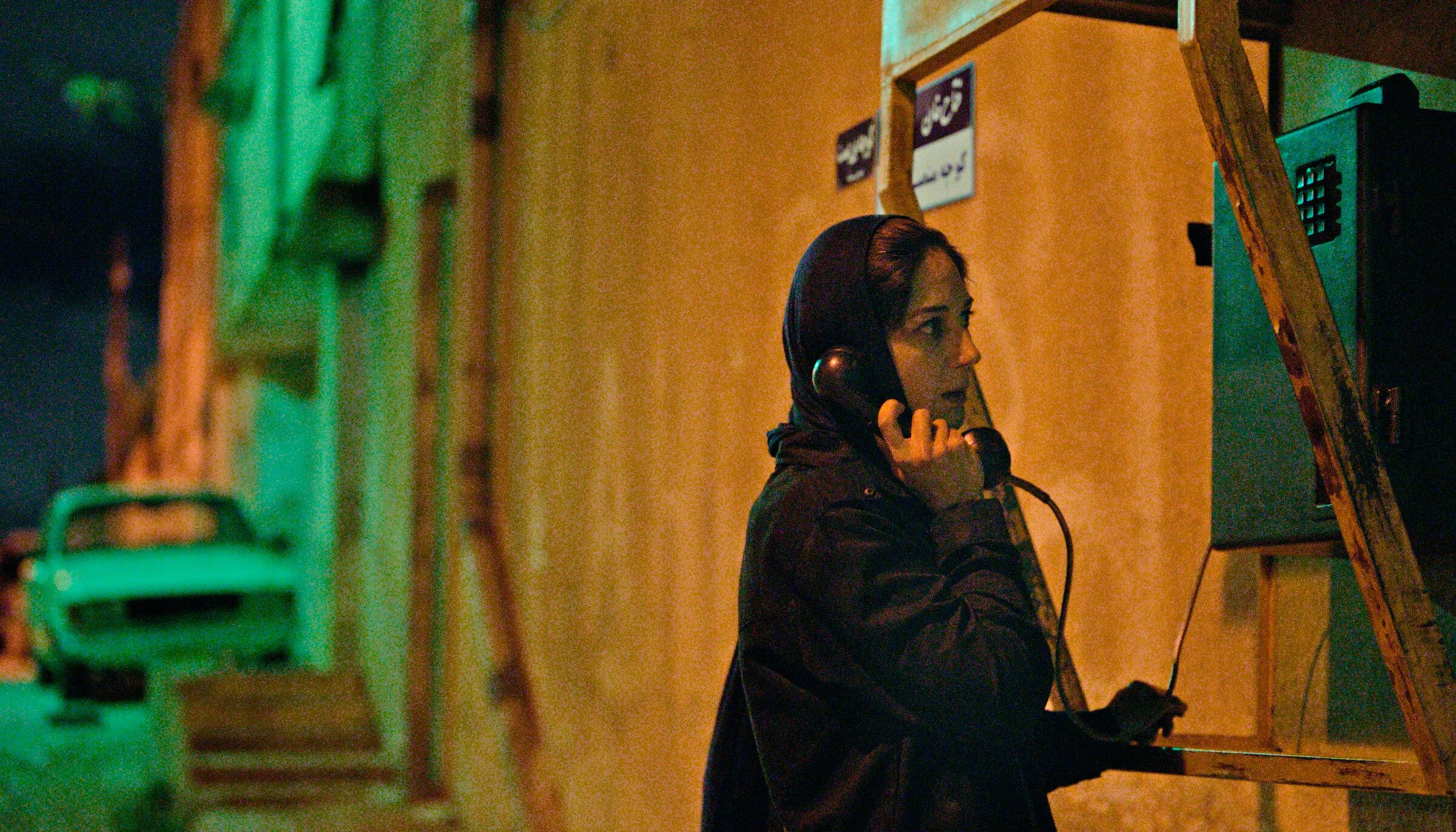