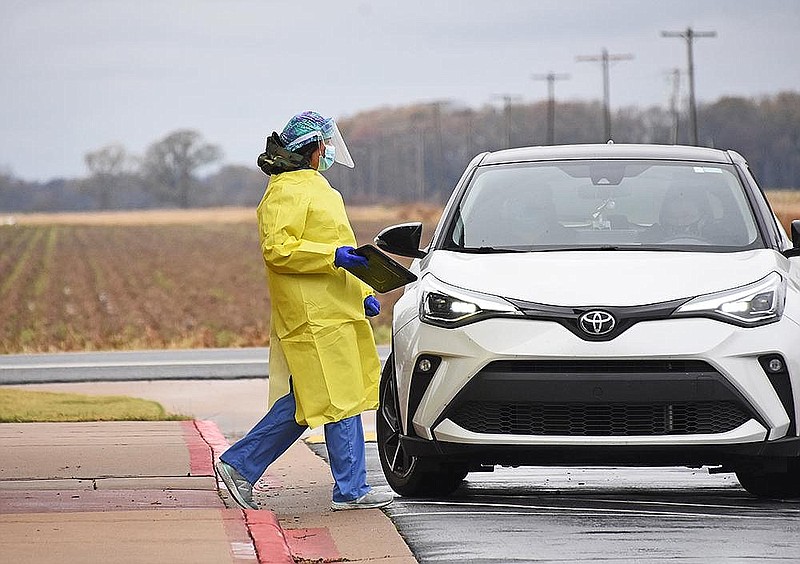 Arkansas' count of coronavirus cases rose Friday by 1,148 -- the fourth daily increase in a row that was smaller than the one a week earlier.After declining the previous two days, however, the number of covid-19 patients in the state's hospitals rose by three, to 275.The state's death toll from the virus, as tracked by the Department of Health, rose by two, to 11,953.While larger by five than the one a day earlier, the increase in cases on Friday was smaller by 71 than the one the previous Friday.That continued a string of week-over-week declines in new cases that began after Labor Day, although at least some of the dip was likely due to a slowdown in testing and reporting around the holiday.Already at its lowest level since the week ending June 23, the average daily increase in the state's case count over a rolling seven-day period fell Friday to 787.Growing for the second day in a row, number of cases in the state that were considered active rose by 118, to 11,090, as new cases outpaced recoveries.The total as of Friday was still down by almost 1,000 from the 12,088 cases that were active a week earlier, however.After rising the previous three days, the number of the state's virus patients who were in intensive care remained at 46 on Friday.The number on ventilators, which fell by two on Thursday, remained at 11.