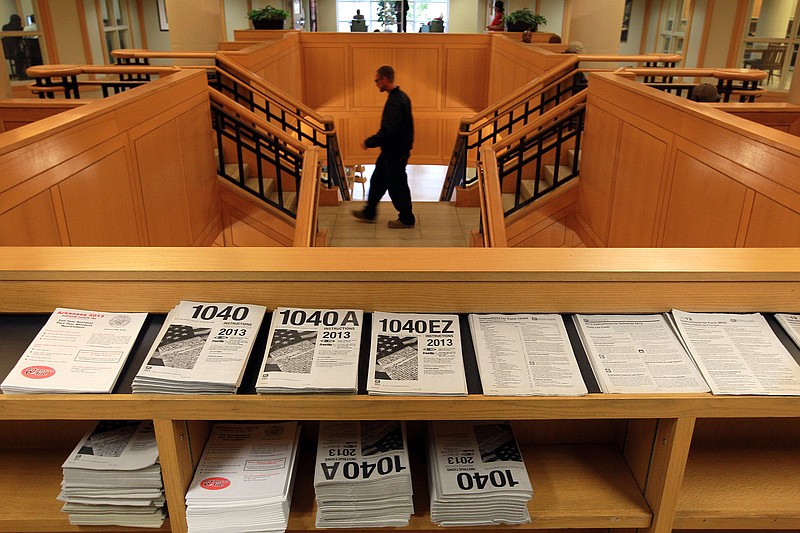 Forgiving student loan debt could come with a tax bill in Arkansas, a state official has said.

President Joe Biden announced a plan to forgive student loan debt in August, but borrowers in Arkansas could be on the hook for paying taxes on up to $10,000 or $20,000 of additional income.

Arkansas is one of seven states where the state tax law is unclear on the issue and could allow for forgiven debt to be considered as income, according to the Tax Foundation, a Washington-based non-profit.

In Arkansas, the forgiven debt is typically considered a part of one's gross income and is taxable, according to Scott Hardin, a spokesman for the Department of Finance and Administration. But during the covid-19 pandemic, the state Legislature passed tax exemptions on employment benefits from the state income tax for two years. The General Assembly also passed legislation to exempt federal Paycheck Protection Program (PPP) loans from the state income tax.

"It would be inaccurate to report student loan forgiveness will be taxable in Arkansas as we won't be certain until the legislative session is complete and the complete details of the loan forgiveness plan are finalized and announced by the U.S. Department of Education," Hardin said in a statement Friday.

Under Biden's plan, borrowers could have up to $10,000 of their student loan debt forgiven. If the borrower qualified for Pell Grants the number could be up to $20,000. The debt forgiveness program is only open to individuals making less than $125,00 a year or $250,000 a year for households.

The plan could see more than 100,000 Arkansans have the entirety of their student loan wiped out, according to Tony Williams, director of the Arkansas Student Loan Authority. The total number of student loan debt that could be forgiven in Arkansas is $2 billion to $3 billion, Williams said.

Whether forgiven student loan debt counts as income in Arkansas is an open question with some lawmakers saying they don't have a strong opinion on the issue.

"Given that the President's loan forgiveness plan has just recently been announced, I have not had an opportunity to fully review the specifics," House Speaker Matthew Shepherd, R- El Dorado, said in a statement. "I would need to carefully study its implications under Arkansas law and any proposed changes to law before commenting on the matter."

Outgoing state Rep. Joe Jett, R-Success described it as "a complicated issue and the devil is the details."

"I don't know if I have a strong position on it right now," said Jett, who is chair of the House Revenue and Tax Committee.

"I think we are certainly starting to hear conversations about it," said State Rep. Brian Evans, R-Cabot. "I have not heard from any of my colleagues, (there's not) a hardcore opinion on one side of the issue or the other."

Arkansas' Republican governor also criticized Biden for the planning, calling it "a misuse of executive authority."

"Shifting the burden from those who willingly took out a loan to all taxpayers is inconsistent with the American ideal of personal responsibility and will further discourage those who took a different path, including work or lower-cost schools," Hutchinson said in a statement.

With the term-limited Hutchinson set to leave office in January, a new governor will have the chance to weigh in on the issue in the next legislative session.

"I strongly believe that we should pass legislation that eliminates the tax burden on student debt relief," Jones said in a statement. "Anyone who advocates for lower taxes in general, but refuses to remove this tax almost feels like they are playing political theater and being oppositional just because this was an idea proposed and passed largely by Democrats."

Libertarian nominee Ricky Dale Harrington Jr. said in a written statement that voters are experiencing record-high inflation and state government is taking in more money than it needs.

"I am running to decrease taxes on hardworking Arkansans," Harrington said. "As a Pell grant recipient, I would rather not receive the plan proposed by President Biden. I would rather pay back the loans (there is dignity in honoring contracts) than for them to be considered taxable income."

"Furthermore, is this a political ploy to squeeze more money out of Arkansans through further taxation?"