12 Lions score in rout of Stallions 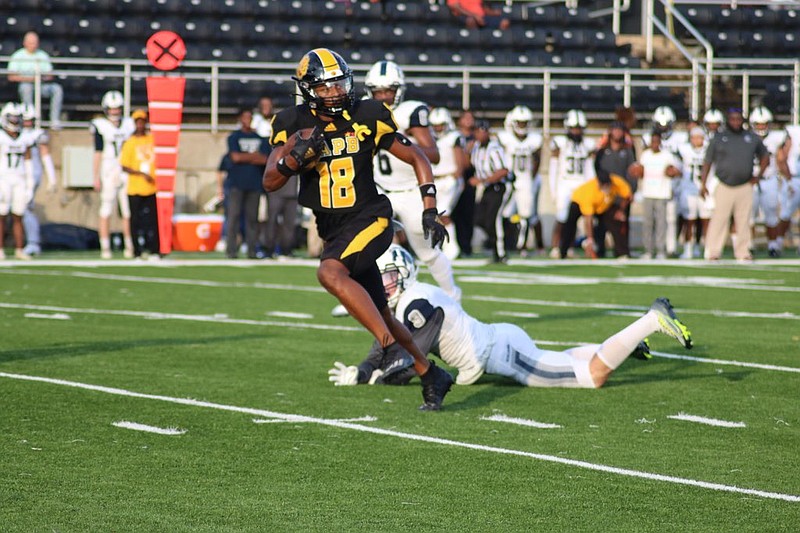 UAPB wide receiver Chrysten Cochran looks over his shoulder as he breaks free of a defender during the Golden Lions game against North American University on Saturday night. (Special to The Commercial/Jamie Hooks)

In the first half alone, the University of Arkansas at Pine Bluff scored 52 points on North American University of the National Association of Intercollegiate Athletics.

When the game was over, 12 different Golden Lions had scored.

Skyler Perry completed 10 of 11 passes for 212 yards and 2 touchdowns, and the Football Championship Subdivision's Golden Lions posted a 76-3 win over the Houston-area Stallions before a crowd of 6,237 on Saturday at Simmons Bank Field at Golden Lion Stadium.

The win gave UAPB a 2-0 start to a fall season for the first time since 2000 and its first such start since the spring 2021 season.

UAPB scored on each of its first seven drives and totaled 542 yards for the game while holding North American (0-3) to 175. The Lions, who punted just once all game, have averaged 531.5 yards of total offense and 62 points per game to start the season.

Perry has thrown for 200-plus yards in each of UAPB's first two games to begin the season. His longest toss went for 59 yards to junior Chrysten Cochran to give the Lions a 14-0 lead, just 4:34 into the game.

Maurice Lloyd, the reigning Southwestern Athletic Conference Specialist of the Week, opened the scoring with a 47-yard haul from Perry on the opening drive.

Cristofer Thompson converted a 37-yard field goal to make it 17-0. The transfer from Alcorn State University went 7 for 7 on extra points, giving way during one stretch to true freshman Trey Glymph, who kicked his first point after Kyle Knox picked off a deflected pass and returned it 55 yards with 2:29 left before halftime.

Glymph converted his first field goal attempt from 34 yards out with 10:16 left in the third quarter.

Kayvon Britten, coming off the best rushing performance by a UAPB player in the school's NCAA era (since 1997), ran from 2 yards out for his fourth touchdown of the season, and the Lions had a 24-0 lead with 4:25 left still in the opening quarter. Britten carried 7 times for 22 yards.

Luke Creber ended the Lions' shutout bid, putting the Stallions on the board with a 40-yard field goal early in the second quarter.

But sophomore Johnny Williams continued the UAPB rout with an 11-yard touchdown run. Sophomore Syncere Jones forced and recovered a fumble after a North American reception and took it back 54 yards to pad the lead to 38-3, and Kierstan Rogers got into the scoring with a 3-yard run at the 4:35 mark before halftime.

Redshirt freshman Thomas Mimes became the 10th different Lion to score with a 4-yard run at the 2:30 mark of the third. The touchdown capitalized a drive off of Watson Chapel High graduate Anthony Newman's interception.

Joshua Edwards became the 11th with 9:08 left in the game, rushing 11 yards into the end zone.

UAPB scored more than 60 points for the first time since posting a 64-35 win over Jackson State University in 2005, but did not set a school record.

Sophomore Jalen Macon relieved Perry in the second quarter and completed 4 of 5 passes for 45 yards. Macon broke a 35-yard run down to the Stallions' 13 on the drive that followed Newman's interception and finished the game with a team-high 50 yards on 2 carries.

Freshman Chancellor Edwards went 1 for 2, throwing a 42-yard strike to redshirt senior Javaughn Williams. Edwards ran from 4 yards out to complete the drive.

Kierre Cazenave ran 13 times for 77 yards, and Randal Moore completed 9 of 26 passes for 32 yards to lead North American. Terrion Collins had five receptions for 24 yards for the Stallions.

UAPB's defense, which scored twice as a follow-up to a 4-sack performance against Lane College. 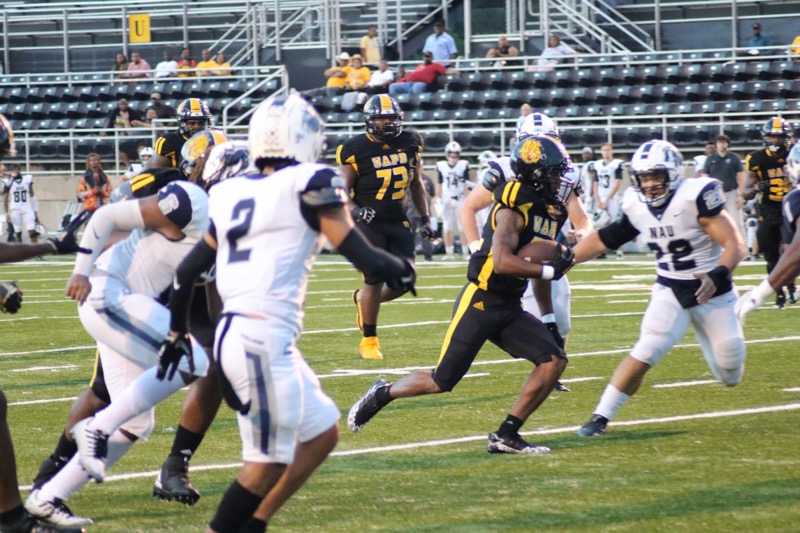 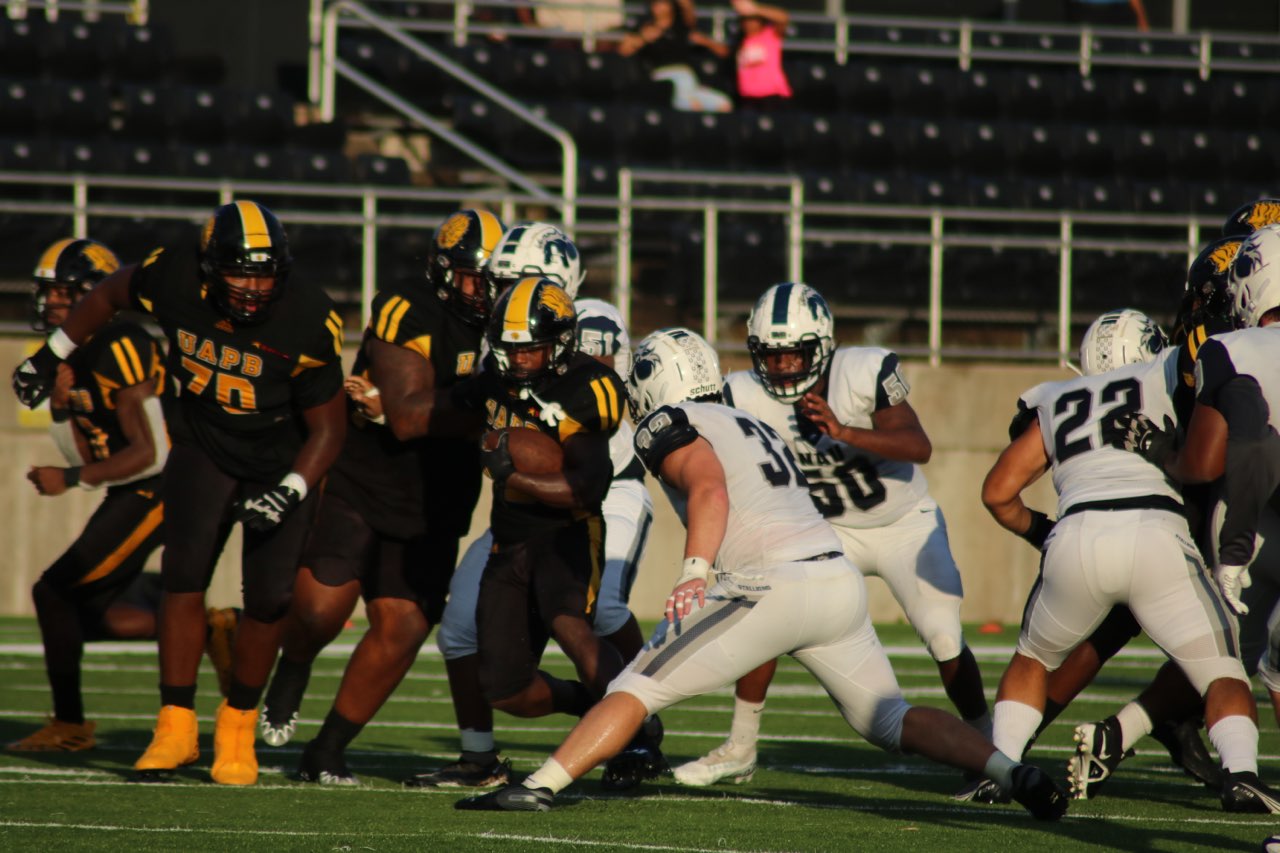