The bride is the daughter of Susan and Russell Melton of Little Rock and the granddaughter of the late Patsy and James Melton of Lono, and Nancy Leazott and the late Charles Hotvedt, both of Eau Claire, Wis.

Parents of the groom are Patrenda and Daniel Gerlick of Lakeview. He is the grandson of Marilyn and the late Wiley Daigle and Edward and the late Idah Gerlick.

Vows were exchanged outside in the garden at a wrought iron gazebo draped in white fabric. Floral tie-backs of white hydrangeas, blue tweedia, white stock, roses and blue delphinium held the fabric in place. Music was by harpist Alisa Coffey.

The bride, escorted by her father, wore a crystal beaded princess-style ball grown of organza and crystal-encrusted lace. Her fitted pleated bodice had a sweetheart neckline and her skirt was made of layered organza. A silver and crystal tiara secured her train-length ivory veil. She carried a cascading bouquet of white roses, anemones, hydrangeas and blue delphinium.

Serving as best man was Hayden Hayes of Charleston. Groomsmen were Harley Gattis and Jacob Friddle, both also of Charleston; Landon Mays of Shalimar, Fla.; Levi Hare of Cole Camp, Mo.; and Colin Brewster of Enid, Okla. Guests were seated by Blaine Norman and Robert King.

A reception was held after the ceremony in Angelos Garden's ballroom. Decorations had a Disney theme with blush and light blue flowers. Harpist Alisa Coffey played Disney music followed by dance music with a DJ. Assisting was Kerri Mckinzy.

The bride has a bachelor's degree in business and is a social media account manager.

The couple will live in Del Rio, Texas, after a trip to Walt Disney World followed by a Caribbean cruise. 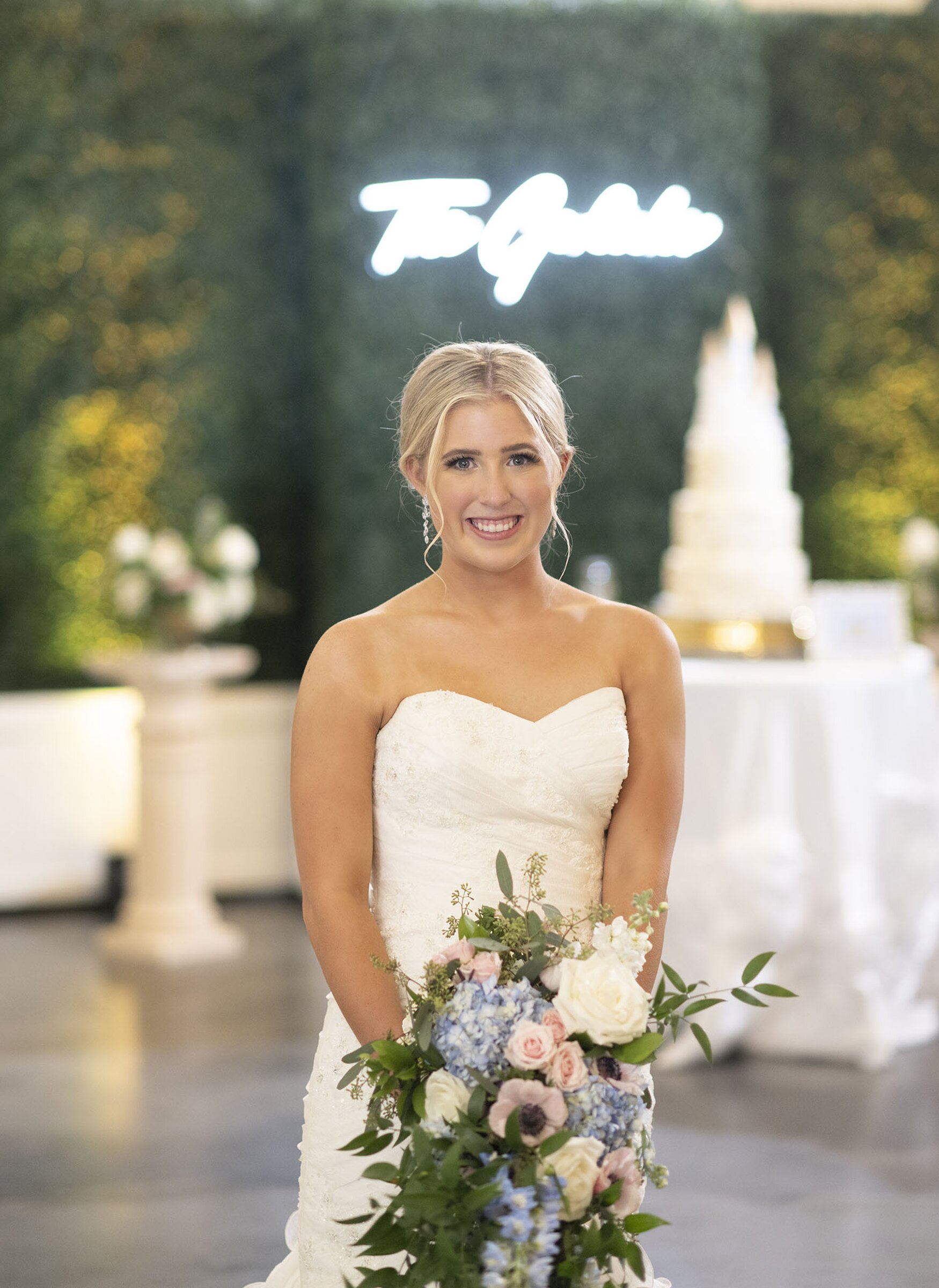