Queen’s horse a winner at Pimlico 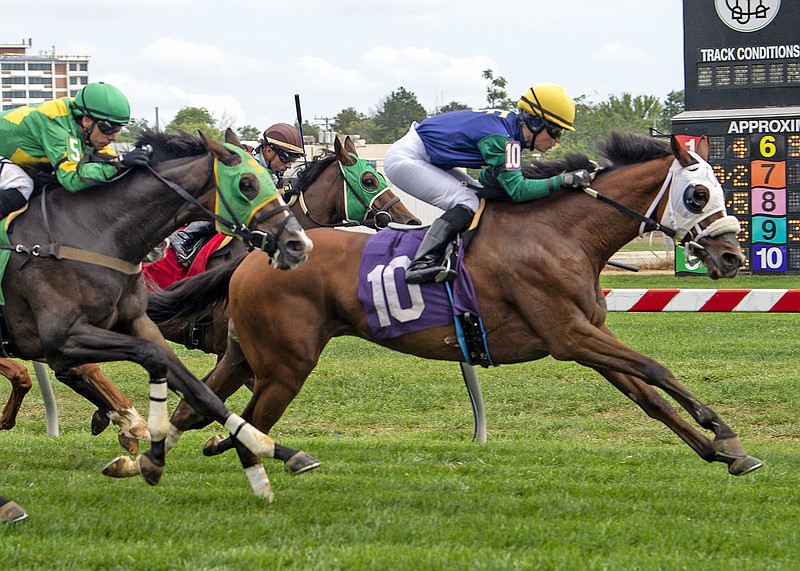 West Newton, a 6-year-old gelding, with jockey Forest Boyce aboard, rallies from sixth place to win by a half-length Saturday at Pimlico in Baltimore. (AP/Jerry Dzierwinski)

West Newton, a 6-year-old gelding, rallied from sixth place to win by a half-length at the track in Baltimore. He ran 1⅛ miles on turf in 1:52.12 in the $36,000 race. The gelding was ridden by Forest Boyce and trained by Richard Hendriks.

West Newton is out of the mare Queen's Prize, also bred by the late monarch.

The gelding began his career in England. West Newton had most recently competed over hurdles. It was his fourth win in 19 career starts.

The queen died Thursday at age 96.