'The Secret Life of Church Ladies' 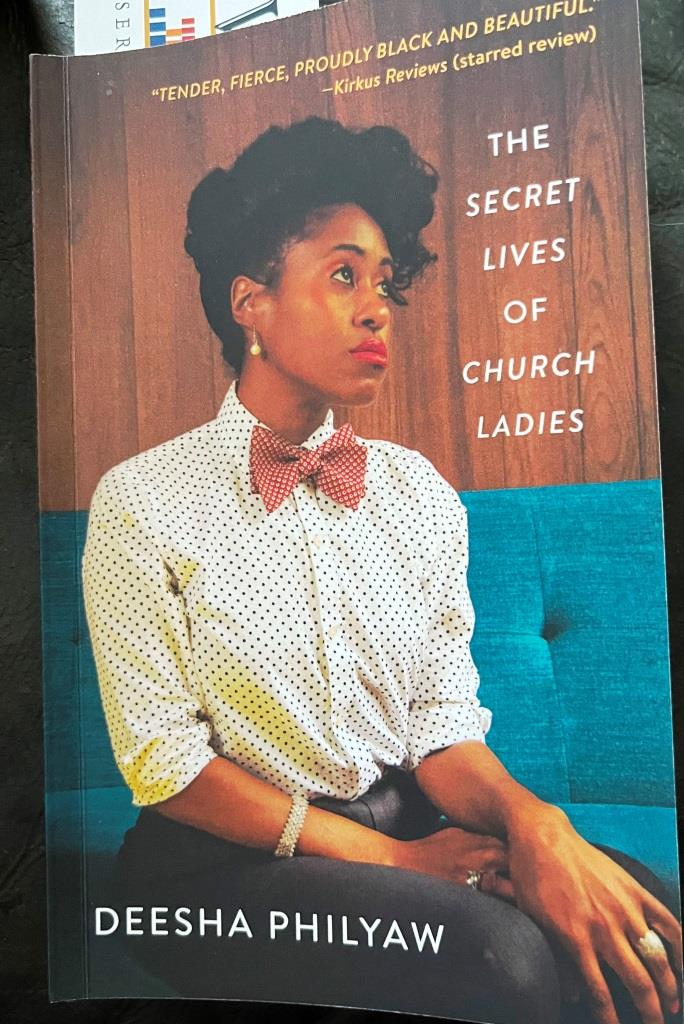 "The Secret Lives of Church Ladies" by Deesha Philyaw was our book club choice for September.  The book is a collection of short stories centered around African American women and younger girls.  Each short story is told from the perspective of a different strong female voice.  Don’t judge this book by its cover.  It was a different genre for us, and perhaps a bit out of our comfort zone.  While several reviewers called them fierce and proud Black voices, we found them to all be fairly unhappy, if not downright angry.  There was only one sympathetic male character in the book, and that was the Physicist, and we all felt he was almost saint-like.  For the most part, the men in the book, whether fathers, husbands or preachers were all low-lifes, taking advantage of women and not holding up to their responsibilities. The mother/daughter relationship was not much healthier in most of the stories either.

Surprisingly, perhaps just for us, was the amount of homosexual relations there were in the book—with women of all ages. There was not a story where sex didn’t factor in, in some way.

For the most part, the female characters were well-educated, but still lacking, or flawed—especially in relationships.  Written by a divorced, well-educated young Black woman, we would have loved to have the author with us for this book club to hear her thoughts.  We all were reading through upper middle -aged white eyes, so we brought our own biases to the book.

The book was well-written, and definitely provoked a LOT of conversation.  When asked to rank the book, the lowest was a 2, and the highest was a 3.  Overall rating of 2.6, which is mostly for style—the book was well written, and it was a National Book Award finalist.   Not one of our group would recommend it to a friend.  I could not connect with any of the characters, but in short stories, they are short, and you don’t have the time to connect as well as in a longer novel, but I am not sure I would have even then.   Have you read it, and if so, what did you think?