The world in brief: India holds day of mourning for queen 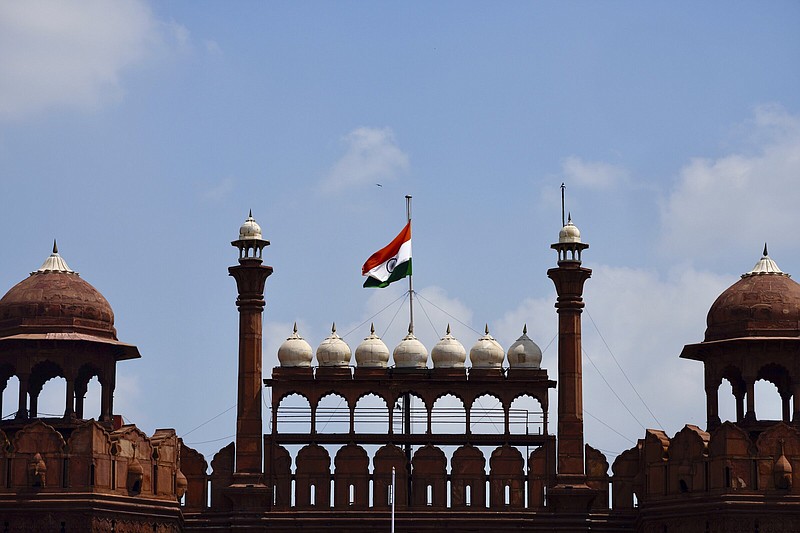 NEW DELHI -- India on Sunday observed a day of mourning for Queen Elizabeth II with flags lowered to half-staff on all government buildings.

Official entertainment events were also canceled "as a mark of respect to the departed dignitary," the Ministry of Home Affairs said.

Prime Minister Narendra Modi on Thursday called Elizabeth "a stalwart of our times."

Britain ended two centuries of colonial rule of the Indian subcontinent in 1947. Elizabeth and her late husband, Prince Philip, had visited India three times -- in 1961, 1983 and 1997.

King Charles III, who was officially proclaimed Britain's monarch on Saturday, has visited India on a number of occasions.

Students at a drawing institute in India's financial capital Mumbai on Sunday congratulated the new king by drawing his portraits. A message on one drawing read: "King vows to follow in queen's footsteps."

"We are very happy so that's why we are congratulating him in the way of our drawing," said Neeti Jaywant Bhalerak, 13.

BEIJING -- Almost 500 students at China's premier college for broadcast journalists have been sent to a quarantine center after a handful of covid-19 cases were detected in their dormitory.

The 488 students at Communication University of China, along with 19 teachers and five assistants, were transferred by bus beginning Friday night.

Quarantining anyone considered to have been in contact with someone who tested positive for the virus has been a pillar of China's strict "zero-covid" policy. The quarantine centers include field hospitals as well as converted stadiums and exhibition centers that have been criticized for overcrowding, poor sanitation and spoiled food.

As of last week, approximately 65 million Chinese residents were under lockdown despite just 1,248 new cases of domestic transmission being reported on Sunday. Most of those were asymptomatic.

The lockdowns have sparked protests online and confrontations with health workers and police, and have exacted a major toll on the economy, affecting global supply chains for electronics and other products. The weekslong lockdown in China's biggest city of Shanghai over the summer prompted an exodus of migrant workers and foreign businesspeople.

China has pursued the relentless enforcement of the policy, even as virtually every other country has sought to return to normal life with the help of vaccines and drugs to fight the virus.

KARACHI, Pakistan -- Two more U.S. military planes loaded with tons of aid for Pakistanis affected by flooding from deadly monsoon rains landed Sunday in southern Sindh province, one of the worst-affected regions in the impoverished country.

Saif Ullah, spokesman for the country's Civil Aviation Authority, said each plane was loaded with about 35 tons of relief aid that would be distributed in the province by the World Food Program. The aircraft landed at Sukkur Airport in Sindh and Ullah said the U.S. operation that began Thursday would continue until Friday.

Pakistan has suffered under extremely heavy monsoon rains that started early this year -- in mid-June. Multiple officials and experts have blamed the rains and resulting floodwaters on climate change. U.N. Secretary-General Antonio Guterres last week called on the world to stop "sleepwalking" through the dangerous environmental crisis. He has called repeatedly on the international community to send massive amounts of aid to Pakistan.

Ullah said Sunday that two more flights bringing relief goods from the United Arab Emirates landed at Karachi airport. So far, U.N. agencies and several countries have sent multiple planeloads of aid, and authorities say the UAE has been one of the most generous contributors.

BARCELONA, Spain -- About 150,000 Catalan separatists rallied in Barcelona on Sunday in an attempt to reignite the independence movement that is fraying as it nears the five-year anniversary of its failed breakaway bid from Spain.

For the past decade, the Sept. 11 rally held on Catalonia's main holiday has been the focal point of the northeast region's separatist movement. It has drawn in several hundreds of thousands of people clamoring to create a new country in this western Mediterranean province.

But the unity between pro-independence political parties and the civil society groups that led the October 2017 independence push, which received no international support and was quickly quashed, is in danger of falling apart due to conflicting views on how to go forward.

The Catalan National Assembly, a civil group that organizes Sunday's march, is strongly opposed to the talks that the Catalan government is holding with Spain's central government in Madrid. The influential organization says it has lost faith in political parties and is ready to move on without them toward a new attempt at breaking with Spain. 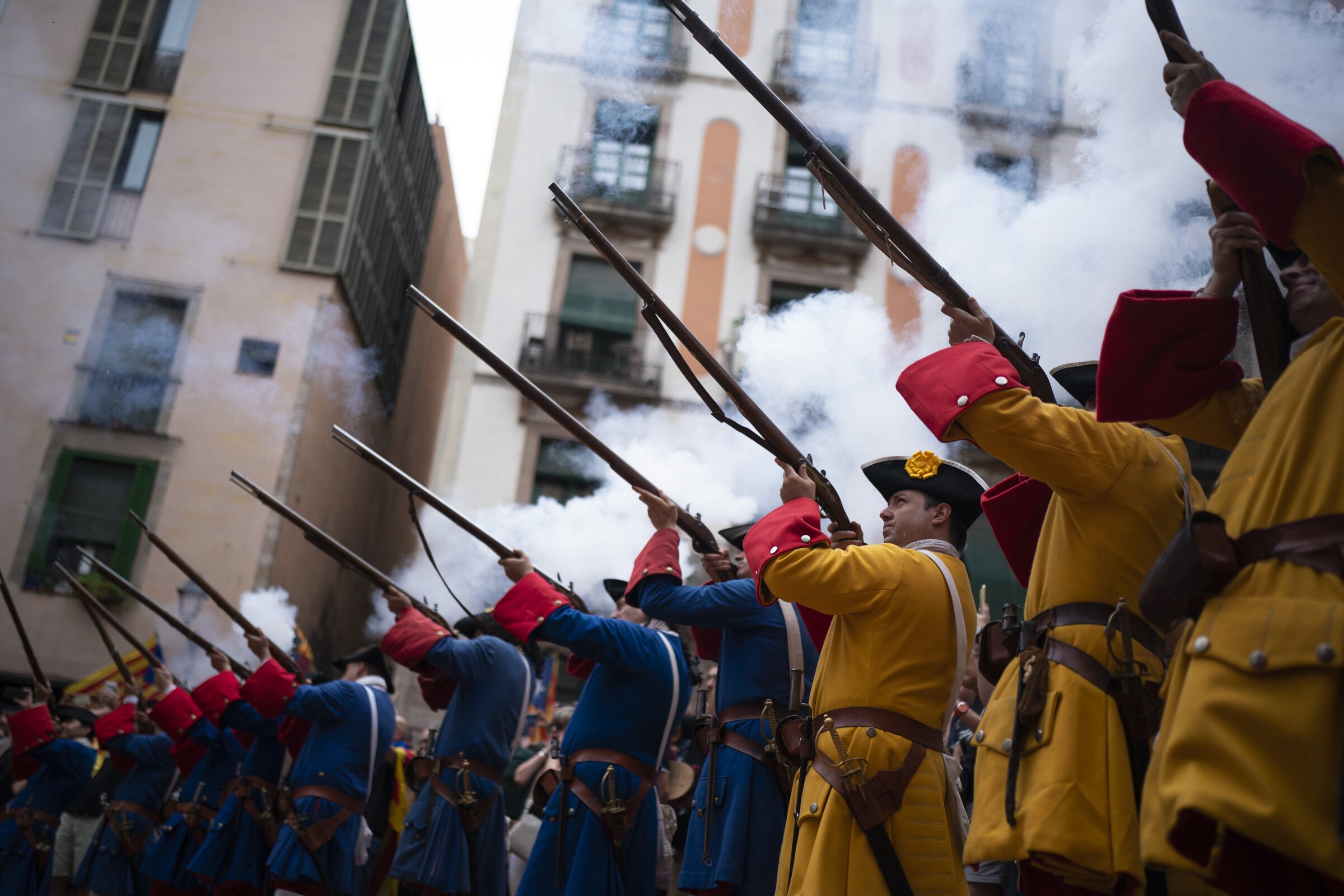 Men dressed in costume shoot their rifles Sunday during a performance to celebrate the Catalan National Day in Barcelona, Spain. (AP/Joan Mateu Parra)