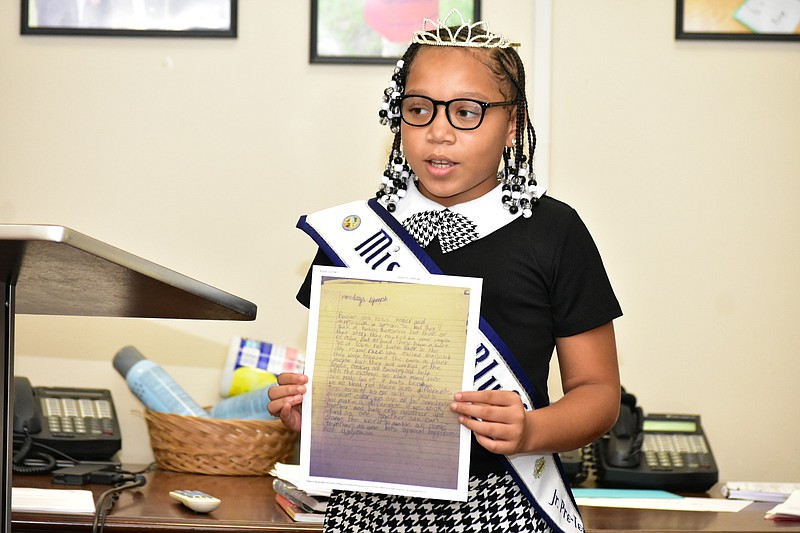 Watson Chapel School Board members approved a budget of more than $28 million for the 2022-23 school year Monday.

The Watson Chapel School District has already committed $500,000 to upgrades at Coleman Elementary School and recently passed a 5.7-mill increase to 39.8 to cover its part of a cost-share agreement with the Arkansas Department of Education for the construction of a new high school.

Coleman student Na'riya Ackles was one of many students honored as the district's Wildcat Warriors for September.

Na'riya, wearing her pageant sash and tiara from the National American Miss organization, composed a speech she delivers during her contests to encourage children of all races to make friends with one another.

"When we come together, we can change the world and we can make all come together as one and separate happiness from ugliness," Na'riya wrote in her speech.

Members of the Watson Chapel High girls basketball team and Junior ROTC volunteered with Imagination Library, which distributes free books to children each month until they turn 5. Each of the honored students was credited with 10 volunteer hours.

Each certified employee in the WCSD can earn $2,500 per semester for attending 95% or more of the in-class days, which means one cannot miss more than seven days per semester.

Eleven new employees were hired in the district: Virginia Henderson as a social studies teacher; Regina Jones as an elementary teacher; Chazeray McHenry as a social studies teacher and assistant coach; FayLisa Suggs as a special education teacher; Ernest Wooten as a bus monitor; Chelsey Dion as a cafeteria worker; Linda Banks, Watheda Hollis, Patricia McClinton and Dorothy Terry as cafeteria substitutes and Terrell Seets as a computer technician. 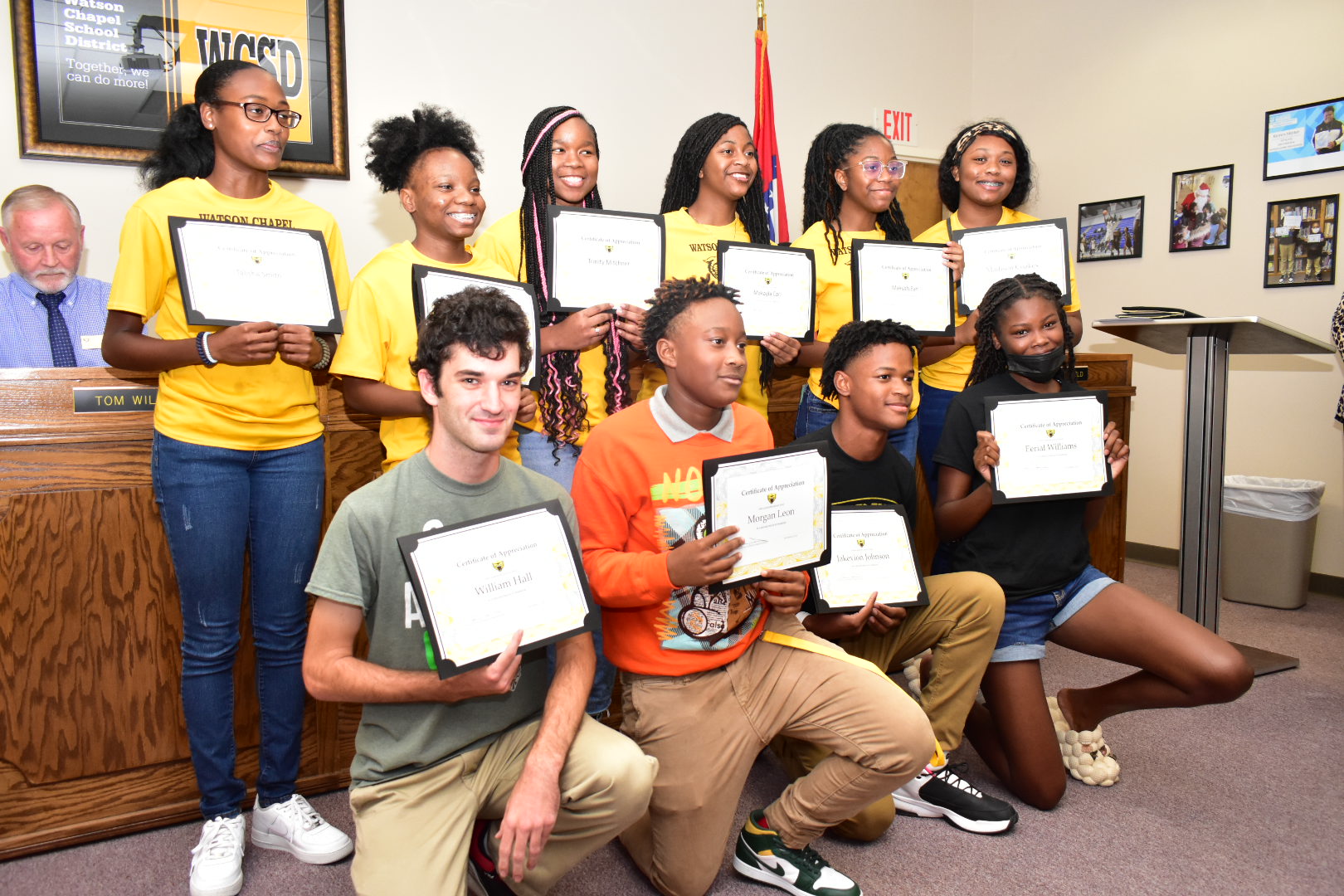