Jacksonville man sentenced to 15 years for aggravated robbery, other charges 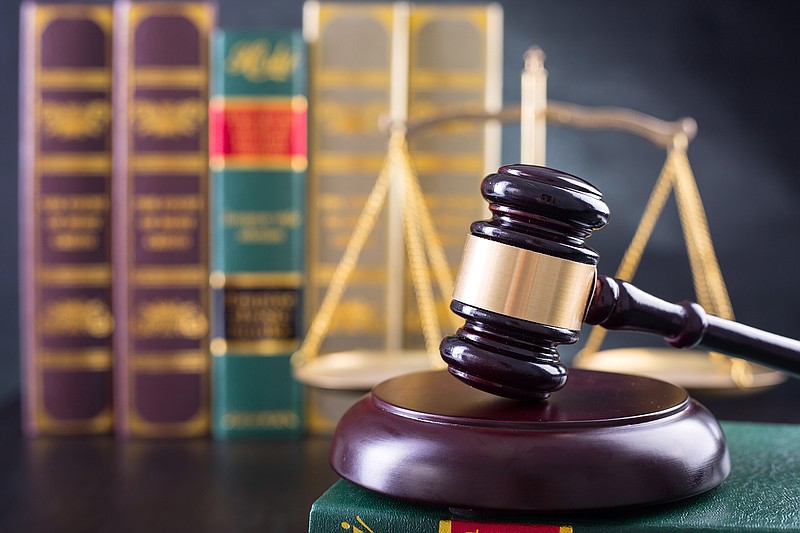 A 22-year-old Jacksonville man has been sentenced to 15 years in prison after admitting to taking part in an armed robbery and shooting up a home about two months apart last year.

Sentencing papers filed Monday show Malik Amiri "Three" Wallace has pleaded guilty to aggravated robbery, theft, aggravated assault and committing a terroristic act in exchange for the 15-year term imposed by Pulaski County Circuit Judge Karen Whatley. The charges together carry a potential life sentence. Wallace will have to serve 10½ years before he can apply for parole.

According to court files, the home of Doris Rodgers at 44 Collins Road in Jacksonville was shot up March 8, 2021, by a man firing a handgun with an extended magazine. Rodgers, her grandson and the boy's friend were in the driveway at the time. The man drove up to the front of the home in a gray Honda sedan with a male passenger, neither of whom Rodgers knew.

The shooter appeared to be targeting her grandson, 21-year-old Steven Parks, the woman told police, describing how the gunman appeared to be aiming at him. Parks said he didn't see who was shooting because he ran when the gunfire started.

Investigators found two bullets inside the home with 10 spent casings on the road. Once police developed Wallace as a possible suspect, Rodgers identified Wallace's photo from a police lineup, court records show. Wallace was arrested about six weeks later and spent four days in jail before posting a $50,000 bond April 20, 2021.

About six weeks later, on May 29, 2021, Maurice Lejoi Beard Jr. of Jacksonville was accosted by two armed men outside his home at 1400 Stamps Drive after receiving a message via Snapchat that he thought was from friends to come outside, according to court records.

When he stepped out, Beard, 28, encountered a gunman, a passenger in a tan or gray Toyota car, who demanded "everything you got" as Beard's 7-year-old brothers played nearby.

The robber took Beard's cellphone, but Beard pushed the gun away and pulled the robber out of the car. The gun fired twice during the struggle but no one was hurt, according to court filings.

The men struggled until Beard's mother, Francis Travis, came out and hit the gunman with a metal scooter. She then grappled with the Toyota driver, taking away the man's AR-556 rifle.

Both men escaped before police arrived but officers found the Toyota at 4004 S 1st St., identifying the gunmen as Wallace, the passenger, and the driver with the rifle as Ardaius Haynes, 20, who has addresses in Sherwood and Jacksonville. Police found a gun magazine and 9mm ammunition in the car but did not find a pistol or Beard's cellphone.

Haynes, who spent about five days in jail before posting $100,000 bond, is awaiting trial in the case. Wallace has been jailed ever since.

Under the conditions of his plea agreement, negotiated by deputy prosecutor Justin Brown and defense attorney David Sudduth, Wallace's sentence will run concurrently with a four-year term he received in Faulkner County in August after pleading guilty to felony charges of breaking or entering and fleeing.

In that case, Conway police reported that Wallace crashed his vehicle while fleeing investigators who had tried to pull him over to ask him about a car break-in that had just occurred at the Fox Run Apartments.

Court records show Wallace was arrested twice on charges involving armed robbery and a drive-by shooting but the charges were dropped.

His first arrest was in August 2018, three days after Rayonna Maxwell and Bradley Robert Brown, both of Benton, accused him of stealing a pair of $100 shoes from them at gunpoint in Jacksonville. Court records show that the pair said Wallace paid with counterfeit money then pulled a gun and took the shoes when they confronted him about using fake money.

Next, Wallace was charged with participating in a Jan. 9, 2019, drive-by shooting in Jacksonville. According to police accounts, Wallace and Armoni Denell "Money" Haynes fired into a second car in which Trelon Wolfe, Jermari Hogan and Howard Steel were riding. None of the three were injured.

Haynes, 22, still faces nine felony counts of unlawful discharge of a firearm and is awaiting trial.