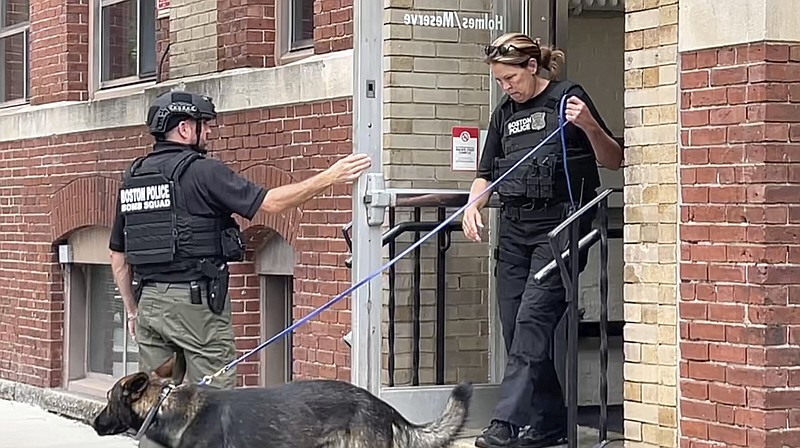 A Boston Police bomb squad officer (left) and a K-9 unit officer (right) depart a building on the campus of Northeastern University on Wednesday in Boston. (AP/Rodrique Ngowi)

BOSTON -- Federal officials are examining whether the employee who reported an explosion at Northeastern University may have lied to investigators and staged the incident, law enforcement officials said Wednesday.

Investigators identified inconsistencies in the employee's statement and grew skeptical because his injuries did not match wounds typically consistent with an explosion, an official said.

The officials spoke to The Associated Press on condition of anonymity.

The Northeastern staff member said late Tuesday that a hard plastic case exploded on the campus in Boston, causing minor injuries, according to authorities.

The case contained a rambling note that railed against virtual reality and also referenced Facebook founder Mark Zuckerberg, a law enforcement official said. No explosive materials were found and they do not believe the package was sent through the U.S. Postal Service, the official said.

A spokesperson for the FBI office in Boston said the investigation is "still very active and fluid."

The campus opened normally for classes and other activities Wednesday.

Bolduc wasn't endorsed by former President Donald Trump but has said he believes Trump won the 2020 election and has espoused conspiracy theories about vaccines. Trump called him a "strong guy, tough guy."

That has some in Bolduc's party questioning whether he can broaden his appeal beyond the GOP base in November enough to beat Hassan in a race that could help determine Senate control.

Primaries in New Hampshire, Rhode Island and Delaware on Tuesday capped the nation's primary season just eight weeks before Election Day, when majorities in both chambers of Congress, key governorships and scores of important state offices will be up for grabs.

WASHINGTON -- MyPillow chief executive Mike Lindell said federal agents seized his cellphone and questioned him about a Colorado clerk who has been charged in what prosecutors say was a "deceptive scheme" to breach voting system technology used across the country.

Lindell was approached in the drive-thru of a Hardee's restaurant in Mankato, Minn., by several FBI agents, he said Tuesday on his podcast, "The Lindell Report." The agents questioned him about Dominion Voting Systems, Mesa County Clerk Tina Peters and his connection to Doug Frank, an Ohio educator who claims voting machines have been manipulated, he said.

The agents then told Lindell they had a warrant to seize his cellphone and ordered him to turn it over, he said. On a video version of his podcast, Lindell displayed a letter signed by an assistant U.S. attorney in Colorado that said prosecutors were conducting an "official criminal investigation of a suspected felony" and noted the use of a federal grand jury.

The circumstances of the investigation were unclear.

"Without commenting on this specific matter, I can confirm that the FBI was at that location executing a search warrant authorized by a federal judge," FBI spokeswoman Vikki Migoya said.

The Democratic governor signed an emergency declaration to speed up procurement of supplies as well as seek National Guard help with logistics.

About 500 people seeking asylum in the United States have been transported from the border to Chicago by Texas Gov. Greg Abbott since Aug. 31. Thousands have also been shipped to New York City and Washington, D.C. -- Democratic-led cities serving as sanctuaries for immigrants.

"To Gov. Greg Abbott: Now is the time to stop trying to sow the seeds of chaos, to put aside politics and focus on human rights, communicate with us, have your state agencies call us back," Pritzker said at a Chicago news conference. "Spare us the unnecessary drama and let us go about the work to resettle these asylum seekers."

Abbott's office did not respond to a request for comment.

"We are now 11 buses deep, and we know from speaking with our counterparts in New York and D.C., this will not relent," said Grace Hou, Illinois secretary of Human Services. 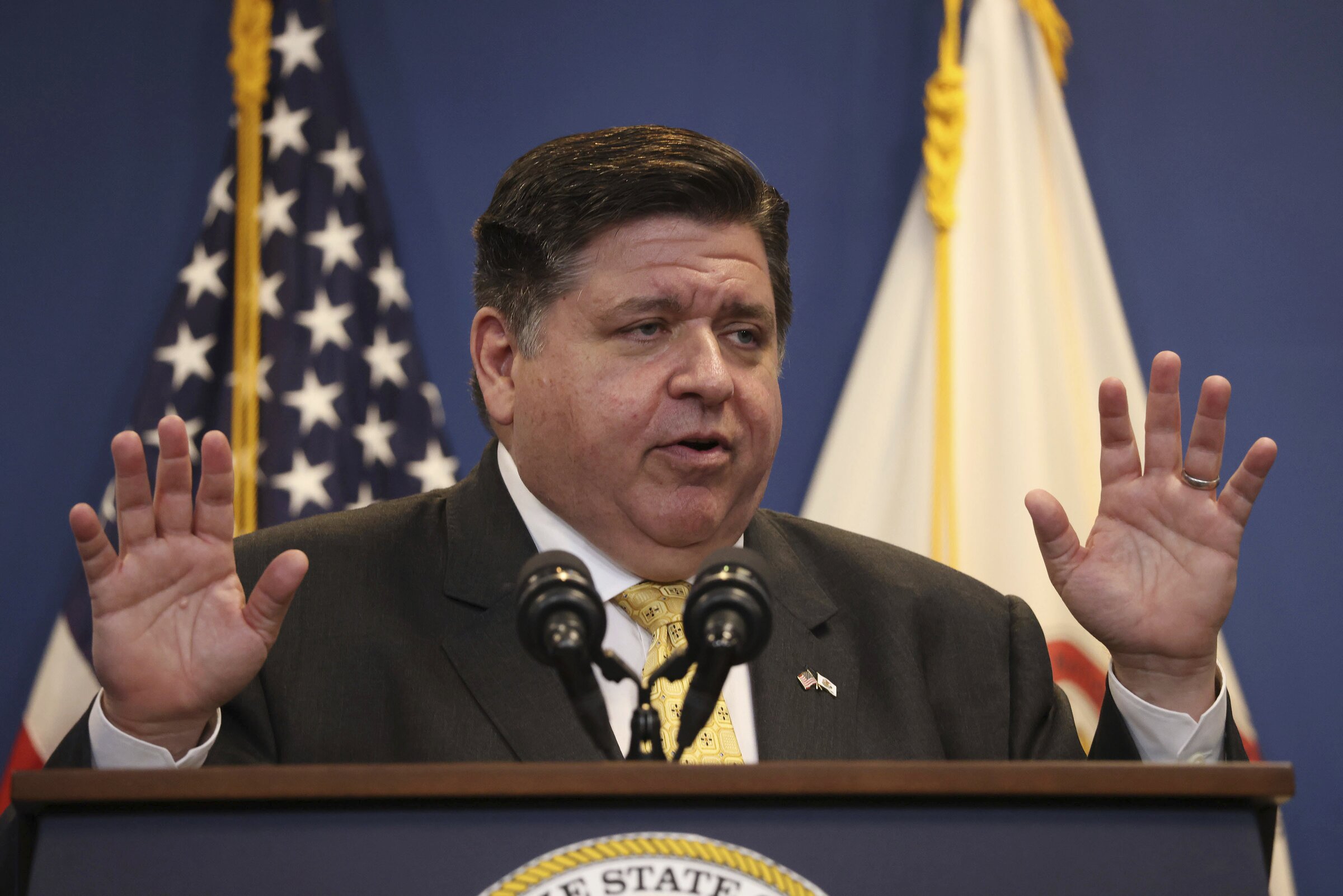 Gov. J.B. Pritzker speaks at a a news conference on the new migrants arrivals Wednesday in Chicago. (AP/Chicago Tribune/Antonio Perez)