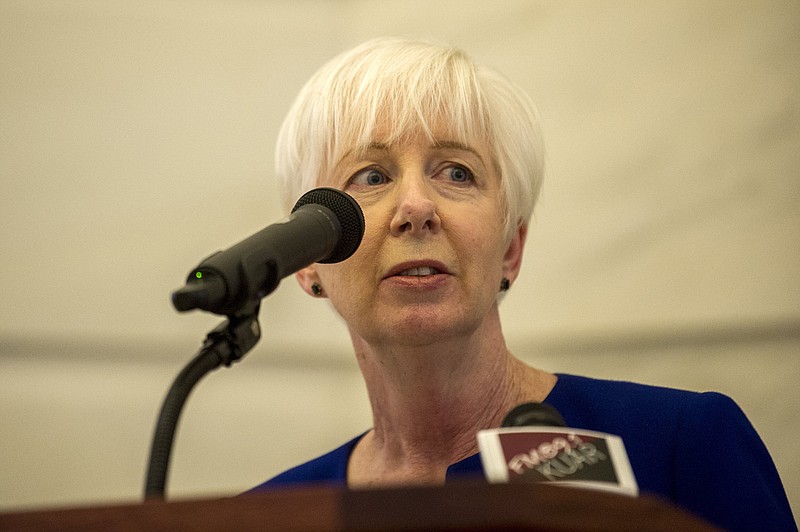 Cindy Gillespie is resigning as secretary of the Arkansas Department of Human Services after more than five years of service, Gov. Asa Hutchinson announced Thursday.

“Cindy Gillespie has given the state of Arkansas her experience, management capabilities and the right ideas that have led us in a great direction,” Hutchinson said in a news release announcing the resignation. “She is a great friend, and she is truly passionate about making a difference in the lives of Arkansans every day.”

Hutchinson said he will announce Gillespie's successor to Gillespie at a later date.

Gillespie joined the Human Services Department in 2016 and said in the news release that she was leaving to focus on her family. Her last day at the agency will be Oct. 7.

“Although it is bittersweet to leave, I appreciate the governor understanding that family must always come first, so I will need to depart in October,” she said.

Department spokesman Gavin Lesnick said the salary for the position is around $287,000 a year, and the department has 6,600 staff members.

Before joining the Human Services Department, Gillespie served as a principal in the Washington, D.C. office of Dentons’ Public Policy and Regulation practice and a leader of the firm’s Health Policy and Health Insurance Exchange Teams.

Gillespie also served as a senior adviser to then-Massachusetts Gov. Mitt Romney, where she led interactions with the federal government and oversaw the development and implementation of initiatives, including Massachusetts' push to promote health insurance.