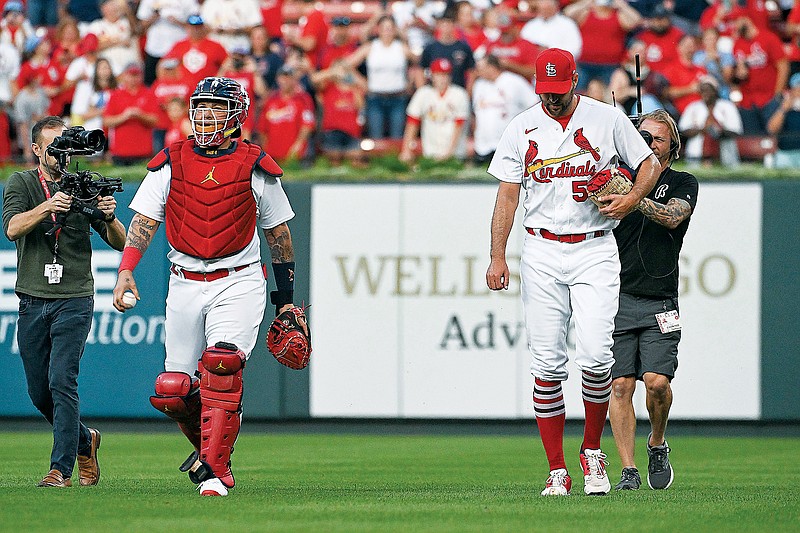 Cardinals catcher Yadier Molina and starting pitcher Adam Wainwright walk in from the bullpen prior to Wednesday night’s game against the Brewers at Busch Stadium in St. Louis. (Associated Press)

ST. LOUIS -- Adam Wainwright and Yadier Molina made history with the first pitch of the game, then the record-setting battery helped the St. Louis Cardinals extend their NL Central lead by beating the Milwaukee Brewers 4-1 Wednesday night.

Wainwright and Molina started together for the 325th time, the most ever by a pitcher-catcher duo in the majors. The duo eclipsed the regular-season mark of 324 held by the Detroit Tigers pair of Mickey Lolich and Bill Freehan from 1963-1975.

Wainwright and Molina received a standing ovation from the crowd at Busch Stadium as they walked from the bullpen to the dugout prior to the game.

Towels with the No. 325 were given out to fans as they entered the ballpark.

Wainwright opened the game with a first-pitch strike to Christian Yelich, who out of respect for the moment, made no attempt to swing at the offering.

Wainwright and Molina made their first start together on April 6, 2007, in Houston. Wainwright recorded a 4-2 win in that game -- the first of his 213 victories with Molina behind the plate.

The 40-year-old Molina, a perennial Glove Glover, has indicated he will retire at the end of this season. The 41-year-old Wainwright has yet to make a decision on his future.

Wainwright (11-9) gave up just one run in five innings despite allowed eight hits and walked two. He struck out three and walked two in a 98-pitch stint.

Molina gave him a boost, throwing out Kolten Wong attempting to steal on the back end of a strikeout to end the third. Wainwright fanned Andrew McCutchen with a 74 mph curve and Molina still got Wong by plenty.

Molina put the Cardinals ahead for good with a tiebreaking single in the second.

Nolan Arenado and Lars Nootbaar both homered for the Cardinals, who have won three of four. They stretched their division lead to eight games over the second-place Brewers.

Milwaukee had a three-game winning streak snapped and remains two games behind San Diego in the race for the final wild-card spot in the NL.

CUBS 6, METS 3 David Peterson got only one out and slumping New York fell behind early in a loss that completed a three-game sweep by Chicago.

ATHLETICS 8, RANGERS 7 Vimael Machin doubled in the tying run in the ninth inning and later scored the tiebreaking run on an error to give Oakland a victory over Texas. 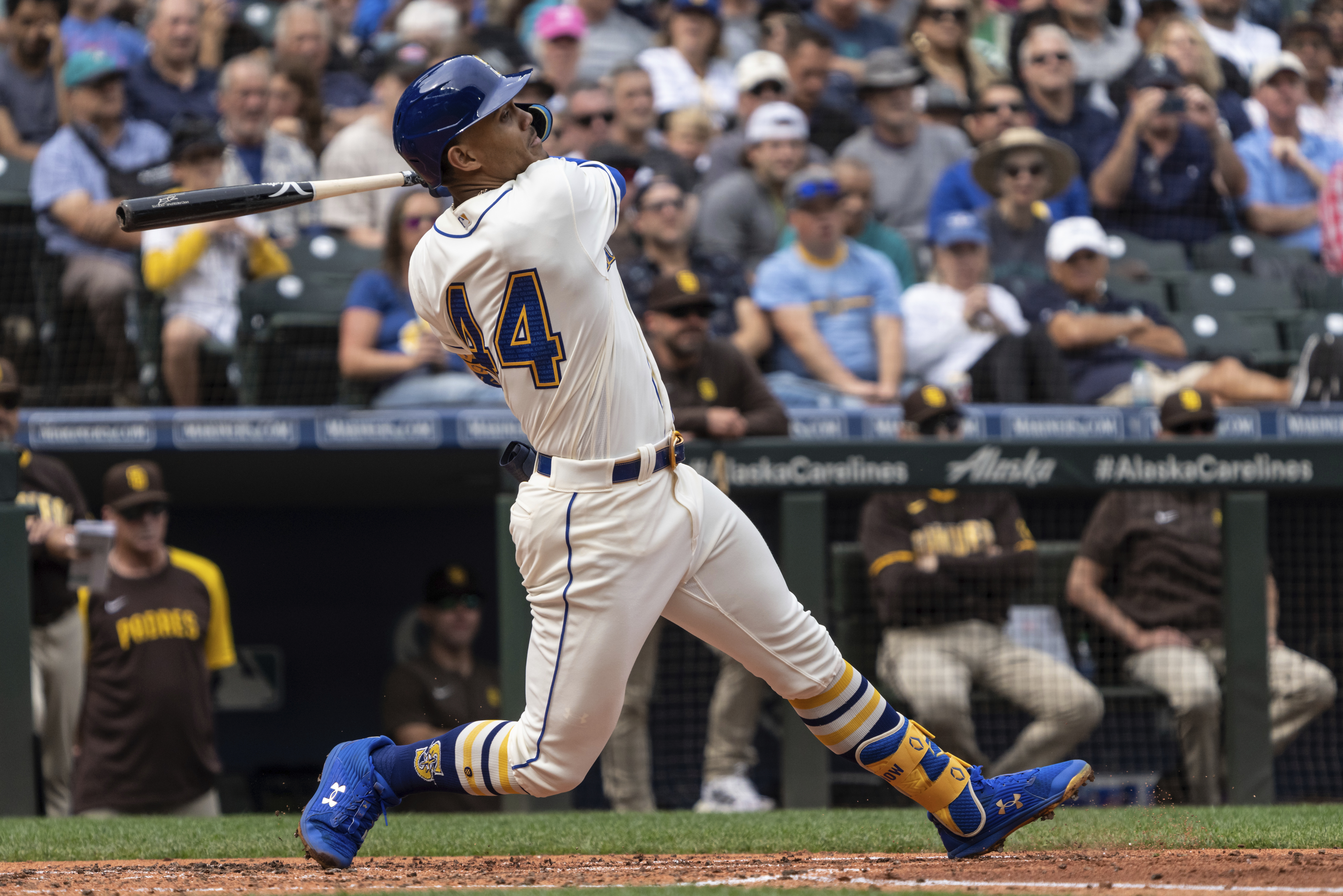 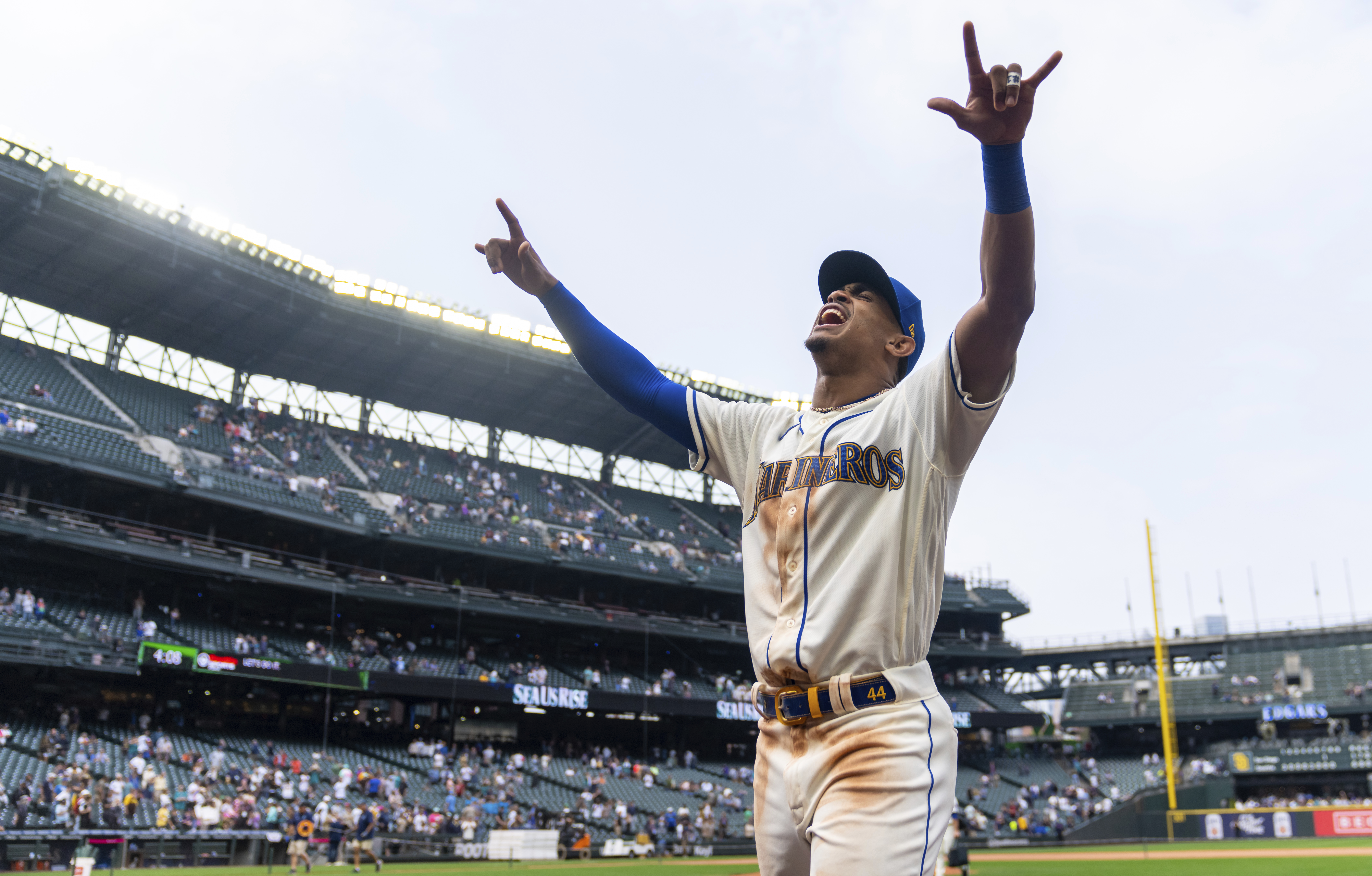 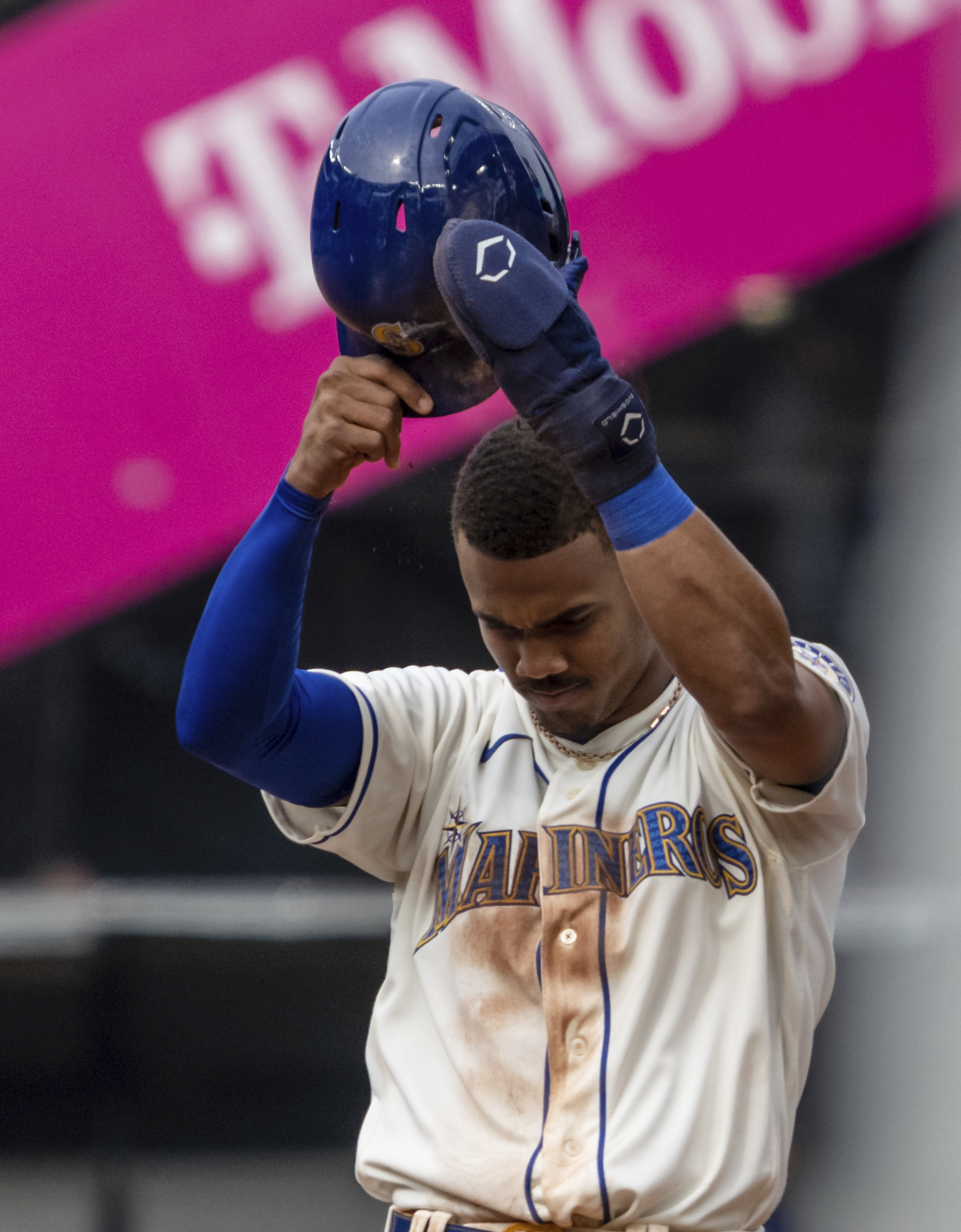 Seattle Mariners' Julio Rodriguez acknowledges the crowd after stealing a base during the fifth inning of the team's baseball game against the San Diego Padres, Wednesday, Sept. 14, 2022, in Seattle. Rodriguez has hit 25 home runs and stolen 25 bases in his rookie season. (AP Photo/Stephen Brashear) 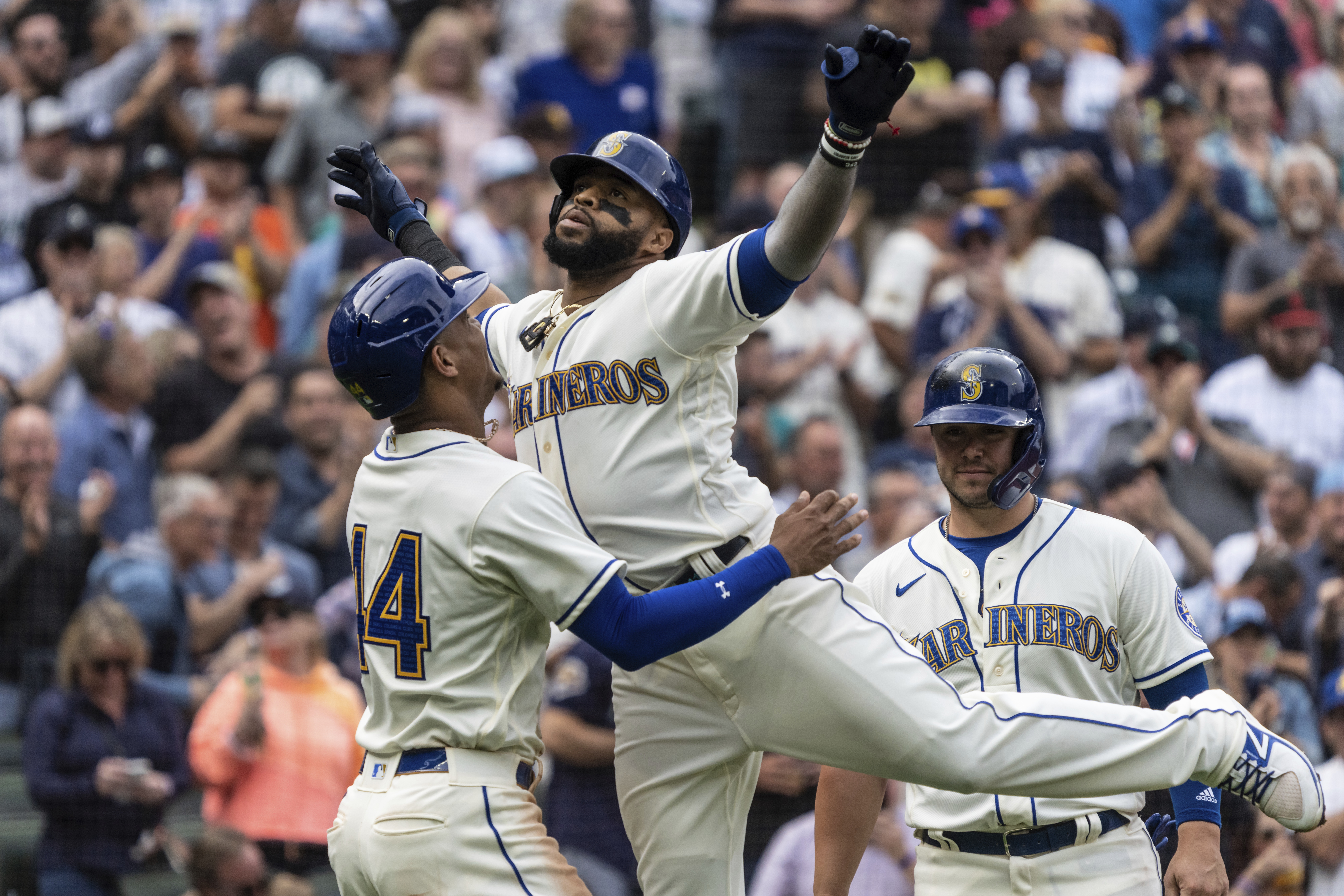