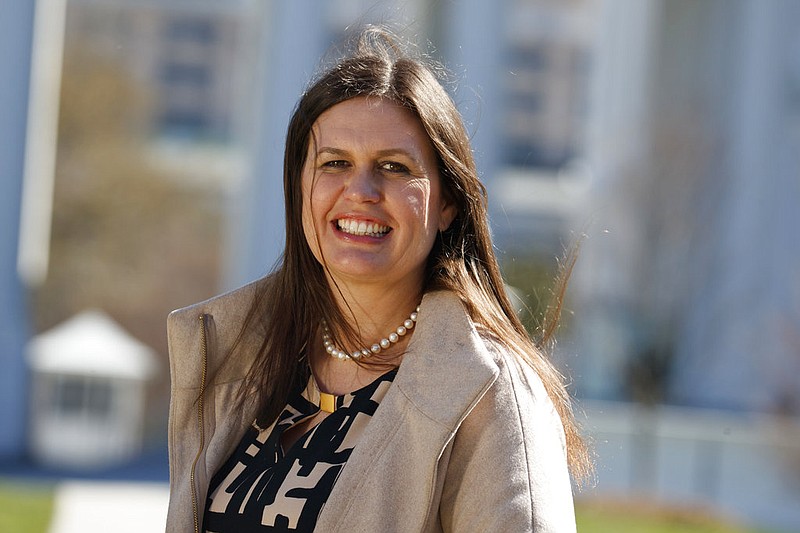 Sarah Huckabee Sanders stands in front of the White House in Washington in this March 8, 2017 file photo. (AP/Evan Vucci)

Gubernatorial candidate Sarah Huckabee Sanders announced Friday she had surgery to remove her thyroid and surrounding lymph nodes after cancer was found in the area.

Sanders said in a news release that, during a check-up earlier this month, her doctor ordered a biopsy on an area of concern in her neck and the test revealed she had thyroid cancer.

"Today, I underwent a successful surgery to remove my thyroid and surrounding lymph nodes and by the grace of God I am now cancer-free," she said. "I want to thank the Arkansas doctors and nurses for their world-class care, as well as my family and friends for their love, prayers, and support. I look forward to returning to the campaign trail soon."

Dr. John Sims, head and neck oncologic and microvascular reconstructive surgeon at CARTI Cancer Center in Little Rock, said Sanders was currently recovering from the surgery that went extremely well. He said to expect Sanders to be back on her feet within the next 24 hours.

"This is a Stage I papillary thyroid carcinoma, which is the most common type of thyroid cancer and has an excellent prognosis," he said. "While she will need adjuvant treatment with radioactive iodine, as well as continued longterm follow up, I think it’s fair to say she’s now cancer free, and I don’t anticipate any of this slowing her down.”
ADVERTISEMENT