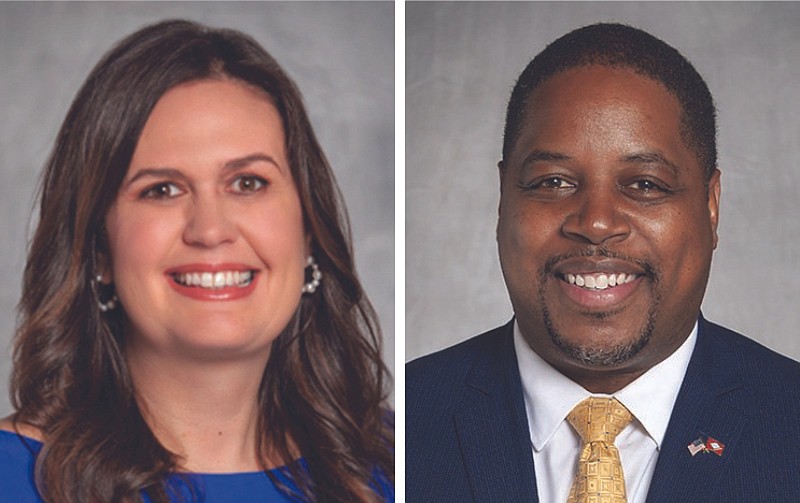 Sarah Huckabee Sanders (left) and Chris Jones are shown in this undated combination photo. The two are running for Arkansas governor on the Republican and Democratic Party tickets, respectively.

The August campaign finance reports for candidates for state offices were due in the secretary of state’s office Thursday. Sanders’ report was filed Thursday night.

That boosted the amount she has reported raising to $7.4 million and spending to $1 million for the general election, leaving a balance of $6.4 million Aug. 31. After she raised $13.1 million in the primary election, she transferred $4.2 million of that to her general election campaign.

Sanders' campaign began what it has described as a $3.5 million paid media campaign with its first statewide general election television ad Sept. 3.

She is a former White House press secretary for President Trump and the daughter of former Republican Gov. Mike Huckabee.

Jones is a former executive director of the Arkansas Regional Innovation Hub.