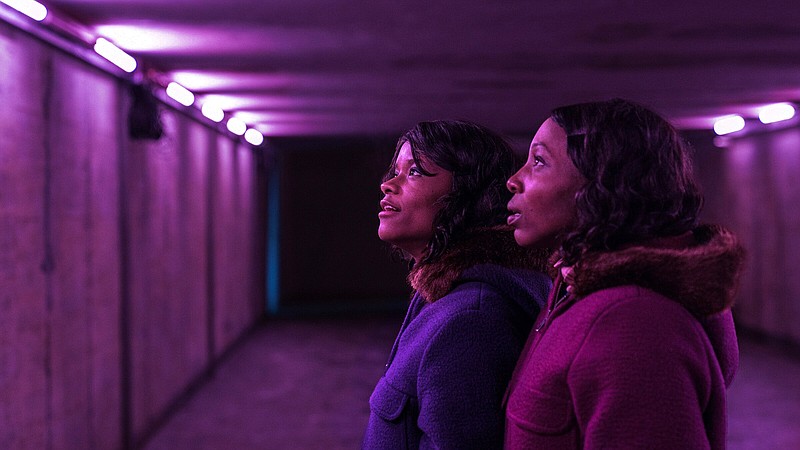 A bonded pair: Jennifer Gibbons (Tamara Lawrance) and her sister June (Letitia Wright) are twins who refuse to communicate with anyone other than each other in Agnieszka Smoczynska’s tragic “The Silent Twins.”

The astonishing true story of June and Jennifer Gibbons is brought to the big screen with "The Silent Twins," a biographical drama from director Agnieszka Smoczynska. This challenging third feature from Smoczynska had its premiere earlier this year at Cannes and is now getting a much deserved theater run. This is an undaunted yet thoughtful adaptation that uses the language of cinema to explore one of the more intimate aspects of this troubling story.

"The Silent Twins" is based on the book of the same name by investigative journalist and author Marjorie Wallace (portrayed briefly in the film by Jodhi May). Wallace met June and Jennifer Gibbons in 1982 after they had been committed to the notorious Broadmoor Hospital in Crowthorne, Berkshire, England. Over several years and numerous visits, Wallace eventually earned the sisters' trust and was given the opportunity to chronicle their story.

For those unfamiliar with June and Jennifer Gibbons, this isn't an easy watch. The approach by Smoczynska and screenwriter Andrea Seigel is unconventional, but it sharply captures the emotional complexity of the sisters' story. The film can be sweet, heartbreaking, insightful, and even a bit bizarre at times. But it's the humanity that matters most in a movie like this. The filmmakers understand that and never lose their grasp of that truth.

The film begins during June and Jennifer's childhood (they're played by two talented young actresses, Leah Mondesir-Simmonds and Eva-Arianna Baxter). Their family are immigrants from Barbados who moved the U.K. as part of the Windrush Generation -- people arriving in the U.K. between 1948 and 1971 from Caribbean countries. Their father Aubrey (Treva Etienne) is an air traffic controller while their mother Gloria (Nadine Marshall) is a hardworking housewife.

While the film doesn't explore it, there's a racial dynamic at play especially at school where June and Jennifer are the only Black students. This leads to some disturbing scenes of bullying and abuse that affect the girls' lives in a significant way. But what affects them most is a pact of silence they make, developing a form of cryptophasia and refusing to communicate with anyone other than themselves. Their utter silence crushes their parents and siblings and drives a wedge between them and their family. It also creates an unhealthy dependence between them.

The longer the sisters stay closed off, the more isolated the pair become. They begin seeing the world through their imaginations rather than experiencing it. To get us inside their heads, Smoczynska periodically inserts these stop-motion puppet sequences inspired by June and Jennifer's unique perceptions. They're often cryptic and metaphorical; sometimes borderline macabre and unsettling. But it's an ingenious way of conveying the way the two girls think and feel.

Another way Smoczynska explores their mindsets is through cinematographer Jakub Kijowski's camera. We often get these daydream sequences, which visualize the romanticized way June and Jennifer imagine certain experiences. These scenes often have a bright golden hue, and Kijowski plays with focus, which accentuates their dreamy quality. Contrast that with the cold, harsh color palette whenever Smoczynska switches back to reality.

While the entire movie is achingly sad, its most despairing moments come after the story shifts to June and Jennifer's late teenage years. Letitia Wright and Tamara Lawrance are extraordinary in portraying this darker phase of the sisters' life. They share a dream of becoming published authors, but their lack of real-world connection leaves their stories lacking. But their attempts at rectifying that leads them down some bad paths. It begins when both June and Jennifer develop an infatuation with an abusive jock named Wayne (Jack Bandeira). He introduces them to drugs and takes advantage of them in a number of cruel and vile ways.

From there the girls watch their lives spiral, leading to them getting into trouble with the law and eventually being institutionalized in Broadmoor, a high-security psychiatric hospital. Through it all their pact of silence remained intact. But it's also a key reason they find themselves confined and more isolated than ever before. And we watch every painful step through Smoczynska's ever-observing camera. Sometimes we feel like the third person in the room. Other times it's as if we're peering around corners or through doorways. These visual choices allow us to see these two lives in significantly different ways.

While Smoczynska's approach to the story gives us a lot to admire, there are times where her flourishes don't quite connect. And the movie's fleeting interest in the factors that led to June and Jennifer's mental descent leaves too much untold. At the same time, "The Silent Twins" is most interested in capturing their experiences rather than exploring root causes. And by keeping its focus directly on them, it gives us a better chance to understand where the two sisters are coming from, even if we only get sketches of where they've been. 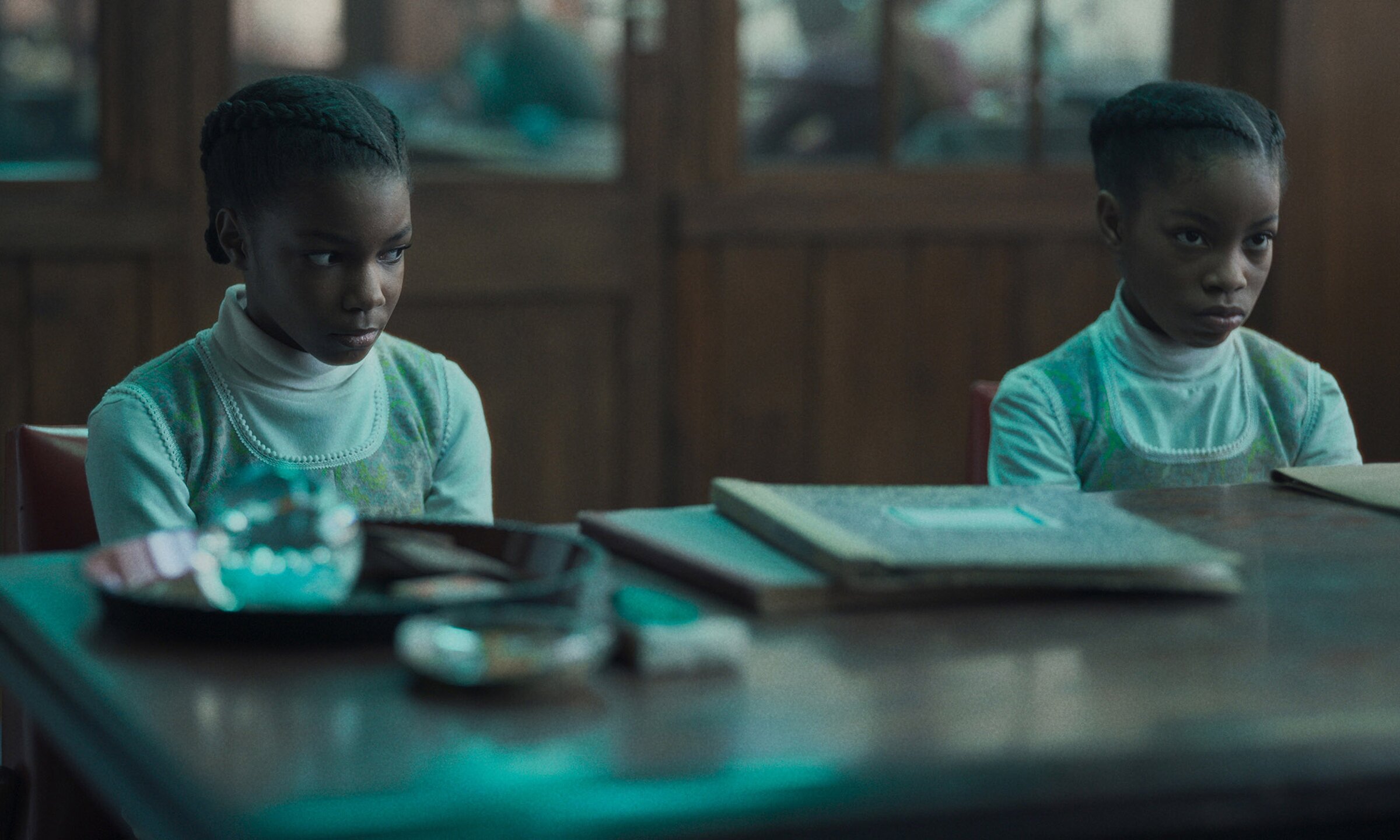