Pastor strives to keep Methodists as one, set to speak in Fayetteville 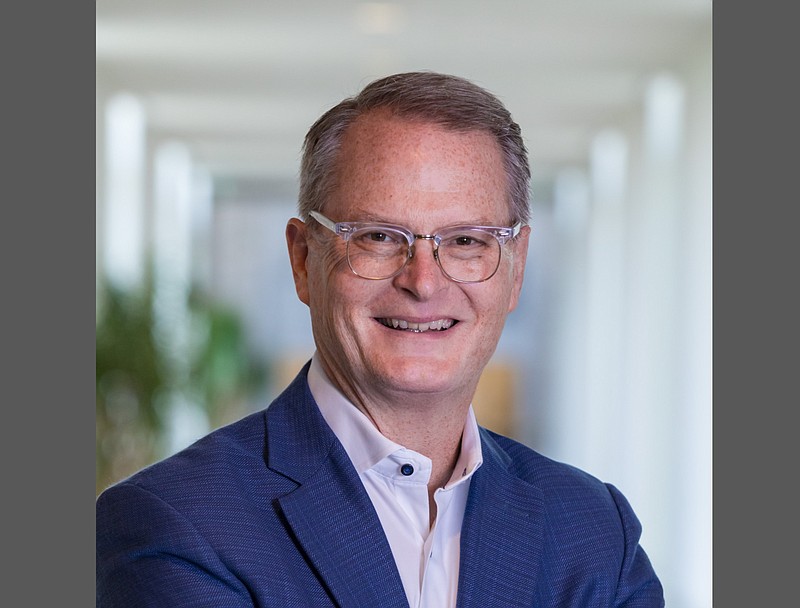 Adam Hamilton, senior pastor at Church of the Resurrection in Leawood, Kan.

With the United Methodist Church on the brink of schism, the founder of the denomination’s largest U.S. megachurch is coming to Northwest Arkansas next week to urge unity in the cause of Christ.

Adam Hamilton, senior pastor at Church of the Resurrection in Leawood, Kan., will speak at 10:30 a.m. Sept. 24 at the Fayetteville Public Library Event Center.

The topic: “A Future With Hope for the United Methodist Church.”

Thus far, more than 450 tickets have been reserved, organizers said.

Given the criticism being leveled at the pillar of mainline Protestantism, “I want to do everything I can to make sure they’re hearing another side of the story,” Hamilton said.

After a half-century of debates concerning human sexuality, scriptural interpretation and church governance, many members of the Methodist church have decided to leave the nation’s second-largest Protestant denomination.

A few progressives, unhappy that the church prohibits same-sex marriages or the ordination of “self-avowed, practicing homosexuals,” want to sever ties.

A larger number of traditionalists, unhappy that the restrictions on marriage and ministry are being ignored in some parts of the country, are also weighing whether to break away.

Central United Methodist Church in Fayetteville, the state’s largest Methodist congregation, is among those debating whether to pursue disaffiliation.

The United Methodist Church has 6.3 million members in the United States, including 117,440 members in Arkansas.

Hamilton says Methodists can disagree about human sexuality and still work together as faithful followers of Jesus Christ.

“We’ve been living together as United Methodists for a long time, with differing views on this and different ways of reading Scripture,” he said in an interview.

“I’ve been one of those people trying to lead the charge to encourage people to stay,” he said.

Hamilton said he isn’t interested in joining the Global Methodist Church, a traditionalist alternative that was launched May 1.

Those supporting schism say the two sides hold sharply divergent views over the authority of Scripture and core Christian doctrines.

Hamilton rejects that premise, arguing that mainstream Methodists believe in the sinless life, crucifixion and bodily resurrection of Jesus.

“When you start attacking the United Methodist Church and saying things that are — from the perspective of many of us — not accurate or true, then you’re slinging mud, and it becomes like a political campaign,” he said.

Saved in an Assembly of God church and a graduate of Oral Roberts University in Tulsa, Hamilton started Church of the Resurrection in 1990.

Initially, the tiny congregation met at a mortuary, McGilley Funeral Home, in the suburbs southwest of Kansas City, Mo.

Hamilton’s goal was to “build a Christian community — a place reflecting Christ’s love and welcome — where non-religious and nominally religious people (as well as those who are already Christians) could become deeply committed Christians,” he notes on the church’s website.

Today, the congregation is one of the 100 largest megachurches in the country.

While Methodists rely on Scripture, they also use reason, tradition and personal experience to help them shape their theology.

In his 2014 book, “Making Sense of the Bible,” Hamilton suggested there are “three buckets” into which Scriptures fall. They are:

m “Scriptures that expressed God’s heart, character and timeless will for human beings.”

m “Scriptures that expressed God’s will in a particular time, but are no longer binding.”

m “Scriptures that never fully expressed the heart, character or will of God.”

Early in his ministry, Hamilton agreed the practice of homosexuality was incompatible with Christian teaching and said so from the pulpit, essentially placing it in the first bucket.

His position began to change as he studied, prayed and reflected upon the stories he heard from Church of the Resurrection members with gay family members.

After inviting his congregants to share their own stories with him, he received 300 emails addressing the topic, he said.

Several were from parents who had watched their gay children suffer rejection and intolerance while attending other churches; 13 had ended up committing suicide, he said.

“One of them had the pastor pray for the demonic spirit of homosexuality to leave them. Others were picked on by kids at their school. Each of these parents [said] ‘Please remember our children when you talk about this. We don’t want this to happen to anyone else,’” Hamilton said.

Pastorally, opposition to same-sex marriage also became increasingly problematic because it meant depriving gay couples of “companionship and love and doing life together,” he said.

Hamilton’s evolving views on homosexuality were conscience-driven, not denominationally-mandated, he noted.

“I understand where people are coming from that are more conservative. And I’m glad the Methodist church didn’t make me change my views on that when I was 25 years old or I wouldn’t be a United Methodist today,” he said.

Members of the Central Wesleyan Movement, which supports disaffiliation from the United Methodist Church, acknowledge the contributions Hamilton has made over the years but say his approach to scriptural interpretation is flawed.

“We have respect for the many accomplishments and writings of Rev. Hamilton and welcome him to Fayetteville,” the group said in a written statement. “However, over the years, he has lost credibility among most traditionalists because of his ‘three buckets’ principle that seeks to sort Scripture into buckets according to Rev. Hamilton’s idea of their relevance today.

“One of the buckets is meant for Scriptures of the Bible that ‘don’t and never will express the heart and will of God’. In Paul’s writings in II Timothy, he writes that all Scripture is inspired by God and is useful for teaching, rebuking, correcting and training in righteousness.

“When we take it upon ourselves to sort the Bible into buckets, we stand over it instead of under it. In the process, we find ourselves becoming disciples of our culture instead of Christ.”

“I think there’s got to be room for people across the spectrum,” Hamilton said.

“I want a United Methodist Church where everybody’s welcome and where we are loving and caring for people and not doing any harm. But at the same time, one where conservatives can be part of the church and centrists and progressives, and we’re going to work together to be a church,” he said.

Information and registration for the event with Hamilton is available at tinyurl.com/yz2ndkuf