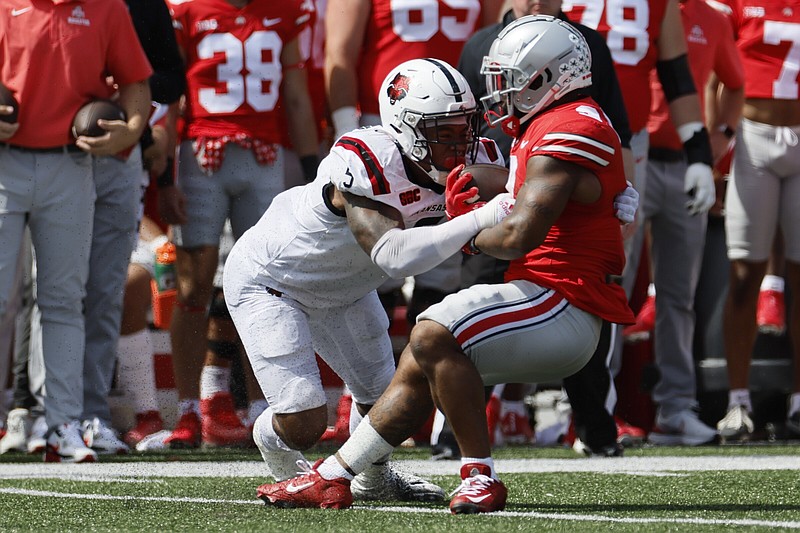 Even those who have partaken in the Arkansas State-Memphis series once understand its significance.

"This rivalry is one that means a lot to us here ... and everybody knows what's at stake," Kivon Bennett added.

There no longer is a trophy up for grabs -- buckets of paint and a handful of brushes that led to the contest being dubbed the "Paint Bucket Bowl" -- but with the Red Wolves and Tigers separated by a mere 70 miles, there's plenty of animus ahead of today's matchup in Memphis.

That recent run includes a 55-50 shootout last season in Jonesboro in which the Red Wolves spent much of the game digging their way out of a double-digit hole before ultimately getting the ball in the final two minutes with a chance to complete the comeback.

Yet key players return, particularly on the offensive side of the ball. Sophomore quarterback Seth Henigan, who threw for 3,322 yards and 25 touchdowns last season , has running backs Brandon Thomas and Rodrigues Clark at his disposal. The duo combined for 253 rushing yards and 2 touchdowns on 27 carries in last season's meeting.

Although wide receiver Calvin Austin and tight end Sean Dykes, both of whom tormented ASU a year ago, are gone, reigning Mid-American Conference Freshman of the Year Jevyon Ducker gives Memphis a third option out of the backfield.

Red Wolves Coach Butch Jones said he expects the Tigers' offense to again challenge his team with speed, but predicting what might happen on the other side of the ball is a bit more difficult.

New defensive coordinator Barnes joins Coach Ryan Silverfield's staff after spending the past three seasons at Ohio State, so there might be some knowledge gleaned from ASU's recent meeting with the Buckeyes.

Memphis has encountered drastically different offensive looks in its opening two games -- a 49-23 loss against Mississippi State's Air Raid and a 37-13 win over Navy's triple-option Flexbone.

The Tigers will look to christen their newly renamed stadium with a victory -- Pine Bluff-based Simmons Bank acquired the Liberty Bowl's naming rights in April for $6.82 million over 10 years.

The Red Wolves would prefer they're the ones walking out of Memphis with a win.

"The fact that it's a rivalry match...[adds] a little more fuel to the fire," Bennett said. "We're going to go up the road and get the job done."