‘A hard, sad story’: ‘The U.S. and the Holocaust’ documentary tells story of immigrants trying to escape Nazi regime 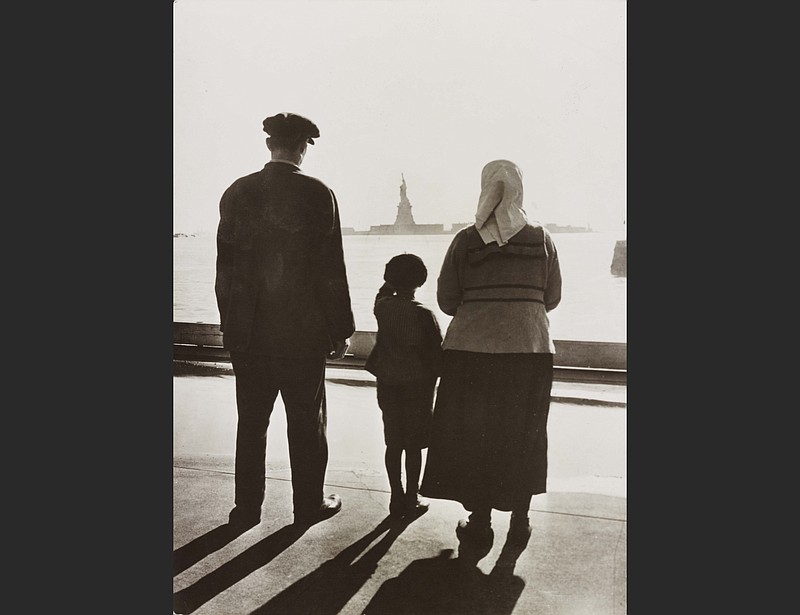 An immigrant family looks at the Statue of Liberty from Ellis Island, N.Y., circa 1930. (Courtesy of Library of Congress)

In 2015, officials of the United States Holocaust Memorial Museum approached filmmaker Sarah Botstein and her colleagues, Ken Burns and Lynn Novick, letting them know that they were working on an exhibition about Americans and the Holocaust. They told the filmmakers that they thought the exhibit theme might be an interesting idea for a film.

Botstein and her colleagues agreed.

"We all jumped at the chance," she says. "Ken, Lynn and I made a film with Geoff Ward about the Second World War. Many years ago, Ken and Jeff had made a film about the Roosevelts. And the opportunity to look at this subject of the Holocaust through an American lens felt like a really interesting challenge and an unknown story where we could explore some of the themes of nativism, white supremacy, racism, antisemitism — sort of how we think about what kind of a country you want this to be. Are we a land of immigrants? Or are we a nation that wants to put up walls and borders and have a more white supremacist attitude? [This] felt like an interesting challenge and something that hadn't been done before."

It's now been done: "The U.S. and the Holocaust," a three-part documentary directed and produced by Burns, Novick and Botstein. The documentary, which debuts today and continues Monday and Tuesday, takes a long, hard look into America's response to what a PBS news release refers to as "one of the greatest humanitarian crises in history."

"The film examines the rise of Hitler and Nazism in Germany in the context of global antisemitism and racism, the eugenics movement in the United States and race laws in the American south," the news release continues. "The series sheds light on what the U.S. government and American people knew and did — and did not do — as the catastrophe unfolded in Europe." 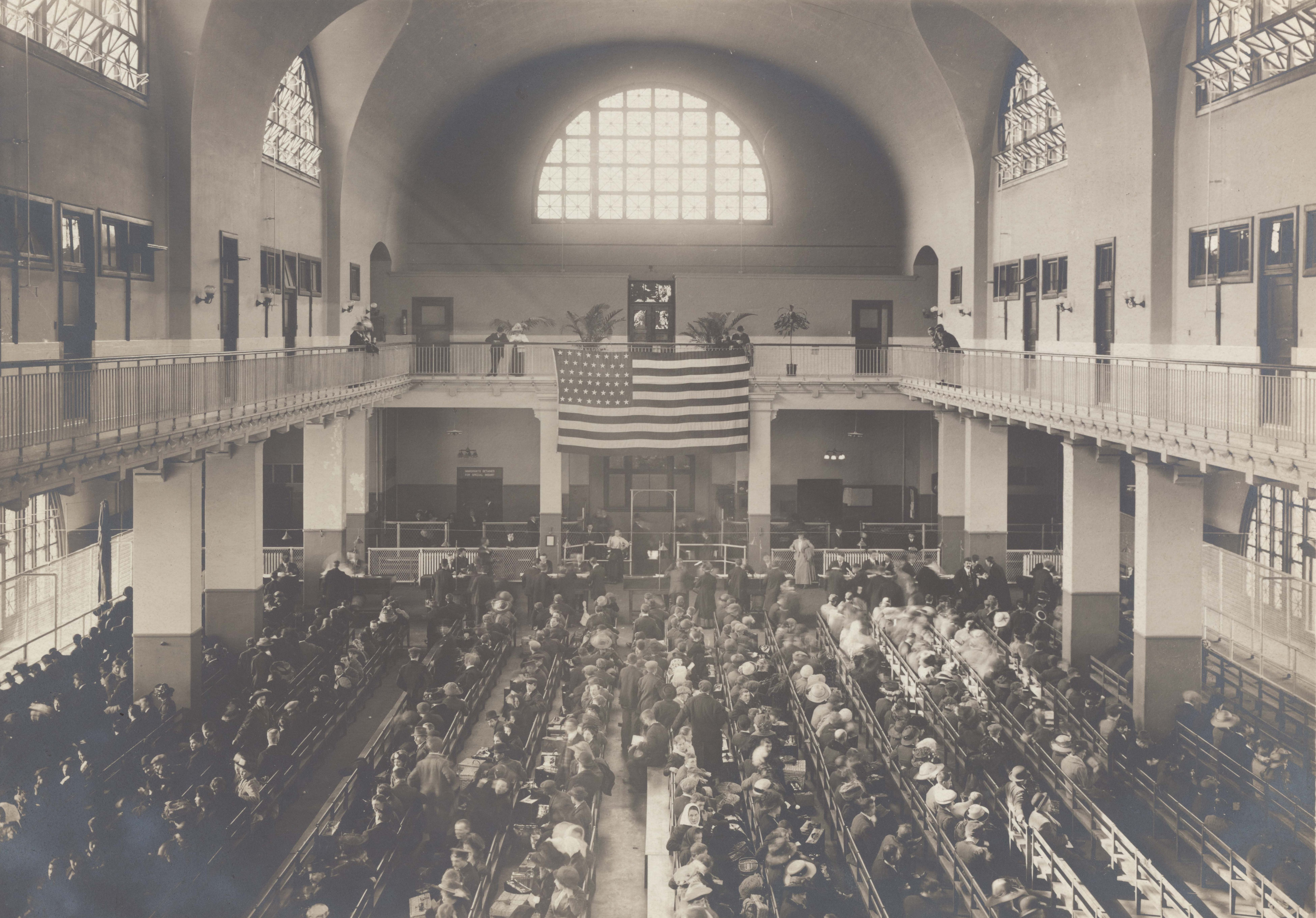 The series features interviews with leading scholars on the period. It also features on-camera witnesses who were children during the Holocaust ... Susan Hilsenrath Warsinger, Eva Geiringer [Schloss], Joseph Hilsenrath, Marlene Mendelsohn, Sol Messinger and Guy Stern. (Susan and Joseph Hilsenrath managed to make it to the U.S. to join their parents and youngest sibling, who had already escaped to the United States.)

"History cannot be looked at in isolation," Burns says in the news release. "While we rightly celebrate American ideals of democracy and our history as a nation of immigrants, we must also grapple with the fact that American institutions and policies, like segregation and the brutal treatment of indigenous populations, were influential in Hitler's Germany. And it cannot be denied that, although we accepted more refugees than any other sovereign nation, America could have done so much more to help the millions of desperate people fleeing Nazi persecution." Novick notes in the release that "this is a story with enormous relevance today as we are still dealing with questions about immigration, refugees and who should be welcomed into the United States."

The documentary series opens with the story of Anne Frank's family, a story woven throughout the entire project. Speaking during a Zoom interview, Botstein — for whom the film marks her directorial debut — says she and her colleges "thought long and hard about including Anne Frank in the film."

"One of the reasons that we decided to start the film with her, and to tell her story in the series, is that for many people around the world — not just America — Frank is their introduction to this subject and her diary is such an important word document. And it's such a beautiful piece of writing, and such an important part of 20th-century history ... not just here, but around the world.

"But it's little known, and we didn't know until we started working on the film, that Anne Frank has an immigration story to the United States, like so many of the Jews fleeing persecution in Europe." Frank and her family tried and failed to obtain visas to the U.S. prior to going into hiding.

"So the idea that her family wrote to [father Otto Frank's] contacts in America that he wanted to get here — that there are letters from Otto Frank, trying desperately to get to the United States — was surprising to us and we hope surprising to audiences. And [that] also makes her more relevant to the American story."

It's hoped, Botstein says, that the project will get "Americans to really think hard and grapple with what kind of a country we are and want to be and [ponder the question of], If it were easier to get here, would Anne Frank be alive?"

Among the topics covered in the series:

◼️ The eugenics beliefs held among such prominent historical figures as Theodore Roosevelt, Margaret Sanger, Helen Keller, John D. Rockefeller, Andrew Carnegie and Alexander Graham Bell; and the eugenics laws that existed in 33 states. The principles of eugenics went on to be used by the Nazis to justify mistreatment and oppression of Jews and other groups.

◼️ The 1924 Johnson-Reed act, signed into law by Calvin Coolidge and which established immigrant quotas.

◼️ The racist 1935 Nuremberg Laws that came to pass in Nazi Germany and which were heavily influenced by American Jim Crow laws.

◼️ American skepticism about the increasing cruelty of the Nazis.

◼️ American companies doing business with the Nazis, even in Hollywood.

The film touches on the 1938 Evian Conference in France, convened to address the problem of unwanted Jewish refugees. "Congress had set up immigration quotas in 1924 that limited the number of immigrants and discriminated against groups considered racially and ethnically undesirable," according to the online Holocaust Encyclopedia, United States Holocaust Memorial Museum. "During the nine-day meeting, delegate after delegate rose to express sympathy for the refugees. But most countries, including the United States and Britain, offered excuses for not letting in more refugees."

One of the saddest segments comes in Episode Two, which tells the story of more than 900 refugees that in 1939 sailed aboard MS St. Louis to Cuba, which had supposedly offered visas to the Jews. When the would-be immigrants arrived, they found the visas had been invalidated. The ship was turned away. Roosevelt didn't respond to appeals made from the people on the ship. Canada wouldn't take the refugees either, so the refugees were forced to return to Europe.

The film's third episode discusses how even after America entered World War II, Americans were still not immigrant-friendly. "Some 200,000 Jews eventually found refuge in the United States, but many more were denied entry. As the Nazi terror escalated, the U.S. responded by tightening, not opening, its borders to refugees," according to the PBS news release.

Some bright spots are brought to light in the series, such as the work of the Jewish aid organizations that provided relief, and rescue efforts including those of the Emergency Rescue Committee.

"The U.S. and the Holocaust" ends with the story of the October 1965 passing of the immigration bill, which did away with the quota system based on origin, but also brings forth the inevitable images of present-day racism, antisemitism and white supremacy.

Shooting for the series began in 2018, Botstein says.

"The easiest part of our job is working with our colleagues," she says. "We have an amazing team of producers, researchers [and] interns ... Geoff Ward, Ken, Lynn and I have all worked together for a really long time. ... We work in a very collaborative way and we all really enjoy each other.

"Getting the history right — this is a really tough subject," Botstein continues. "It's tough on America. It's tough [to see what] humans do to each other. It's a hard, hard topic. And so getting it right was really difficult." 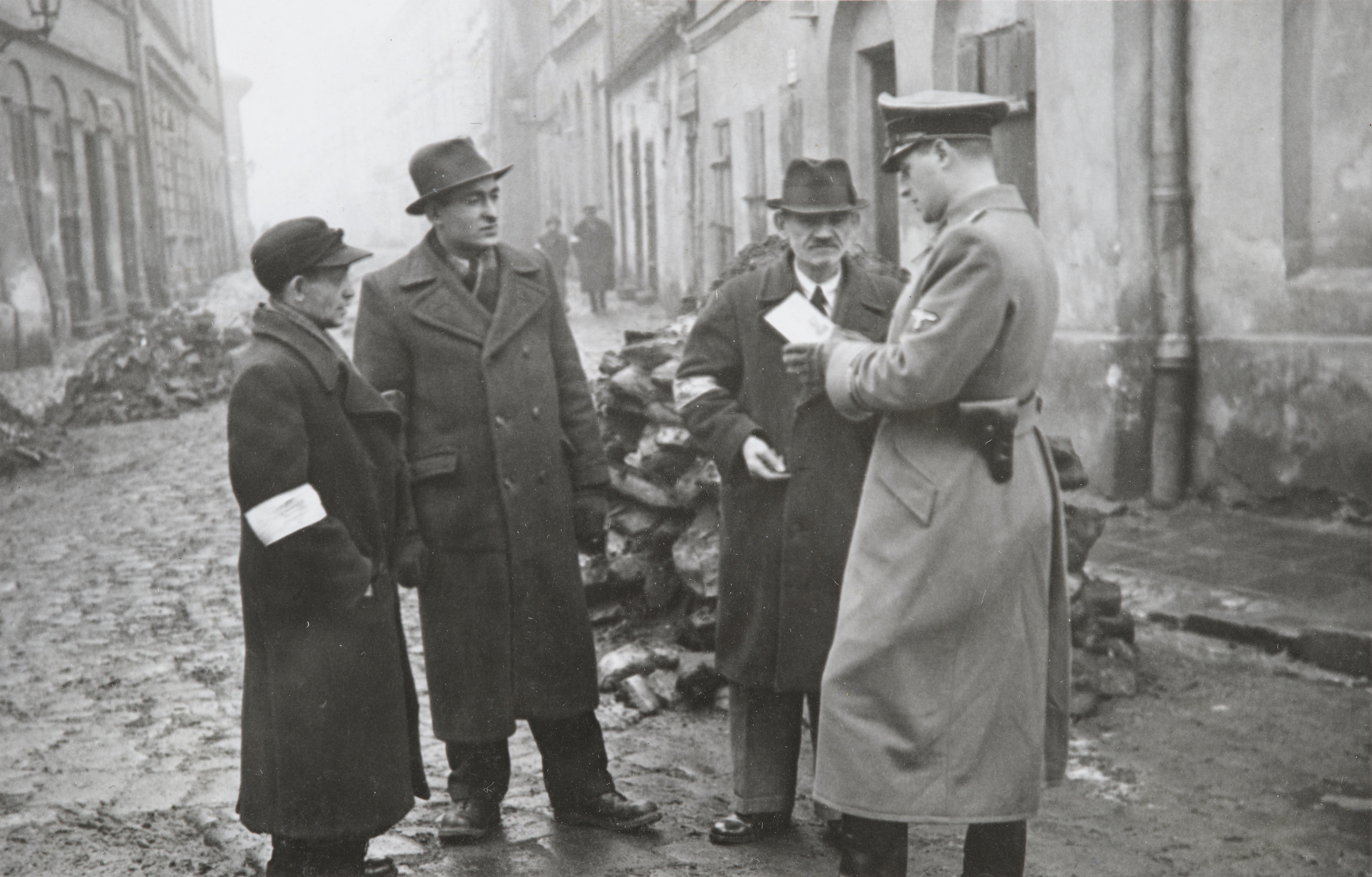 A German policeman checks the identification papers of Jewish people in the Krakow ghetto in Poland, circa 1941. (Courtesy of National Archives in Krakow)  MAN'S INHUMANITY TO MAN

When researching and working on this series, what shocked Botstein and her colleagues the most?

"I think Americans will be surprised to learn who supported eugenics, the fact that Hitler studied our race laws, and what happened to Native Americans here; that we have a long and complicated history of antisemitism; that we are a complicated ... country with real nativist tendencies and that we made it hard to get here, and we didn't make it easier to get there once we knew what had happened to the Jews of Europe. We all have to wrestle and think about that, and hopefully do better in the future."

Botstein says that among the people interviewed for the documentary, she especially appreciated the first-person narratives ... including writer Daniel Mendelsohn, who tells his family's story in the film.

"I think I feel very, very lucky to know all of those people and to have gotten to know them, and to have had the opportunity to tell their stories," she says. "We take that responsibility very seriously." And Botstein feels it was important to look at this history through a child's lens and a child's memory. "Those are some of the most moving moments in the film."

In addition to the PBS broadcasts, Botstein says, the filmmakers will do some public screenings in Washington, New York and Boston. "And then we're very lucky that we're going to go to Germany actually, and show some excerpts of the film in Berlin at the end of September."

Films by Burns and his associates seem to end up as bona fide educational material. This one will be no exception.

"One of the reasons that we make films for public television [and] we have worked at public television for so long is that in conjunction with the broadcast, we create lesson plans for middle and high school kids," Botstein says. "And so the film will be in classrooms around the country for middle- and high-school students." The educational materials were prepared by PBS Learning Media in collaboration with the United States Holocaust Memorial Museum and other leading Holocaust education experts, and available at the Ken Burns in the Classroom site.

They have made six lesson plans centered on concerns covered in the documentary — "all kinds of themes in the film that we think will be interesting to American teachers ... So we hope the film lives on in the classroom for years to come."

Again, Botstein acknowledges that the film may be hard for some to accept. "It's a tough story. It's a hard, sad story," she says.

However, she adds, "we never want to make a film that's so tough to take that audiences don't want to watch it. We always want to try to have an optimistic future, and we want to make our country better. ... I think in order to be a better, stronger America, we have to really understand our past. And we have to accept the things we've done wrong and try to do them differently."

Starting in early October, Arkansas PBS will present a series of screenings, panel discussions and educator forums in partnership with the University of Arkansas, Fayetteville; the United States Holocaust Memorial Museum; the Fayetteville Public Library; and Black River Technical College. The series includes a screening and panel discussion at 6 p.m. Oct. 6 at the Fayetteville Public Library in partnership with the university and the "America and the Holocaust" exhibit opening in November in Fayetteville. Additional information and updates will be available at myarkansaspbs.org/holocaust.

"Conversations on the Holocaust: A Virtual Event Series," in conjunction with the documentary, featured filmmakers and special guests hosting two hour-long discussions, both of which were recorded and made available for streaming:

◼️ "The Holocaust and Refugees, Lessons for Today," with Burns, Botstein and Madlin Sadler; moderated by Jake Tapper, CNN Anchor and chief Washington correspondent; presented by PBS and the International Rescue Committee