RIGHT TIME RIGHT PLACE: Eight years of dating paid off — in any language 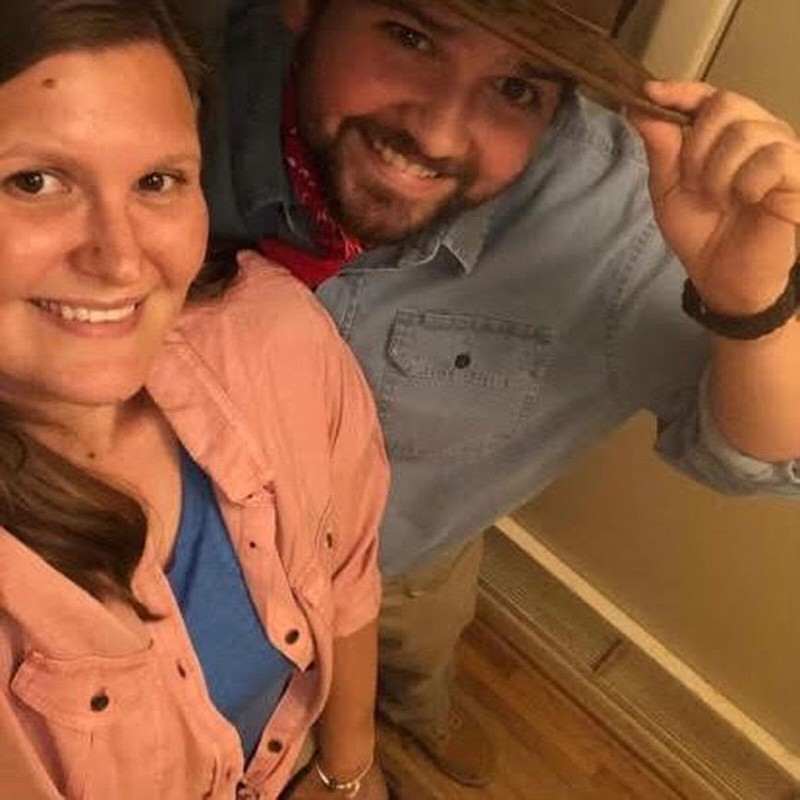 Leo Felix Bustamante wanted to be noticed in high school, but he didn't think Brittany Haro would notice he was talking about her.

"He told my friend, in Spanish, 'Oh, your friend (meaning me), 'she's so quiet,'" Brittany says. "My friend looked at me and she said, 'You know she knows what you said, right?'"

Leo, taken aback, asked Brittany if she knew the language, to which she replied, 'I know enough to know you're talking about me.'"

Leo remembers walking into the college writing class they had together at Hawthorne High School in Los Angeles County, Calif., in 2006.

"I was a senior and I was kind of getting out of myself a little more and feeling a little goofy and trying to stand out," he says. "I walked in and I remember seeing this blond girl. I mean, she stood out. And I got to sit in front of her."

Brittany, also a senior that year, had done well in English before that but she had a problem with that subject the year before and signed up for the writing course to bring up her grade. Leo had moved to California from Mexico when he was 13, and he had previously taken ESL (English as a Second Language) courses. By his senior year, though, he was proficient in English and moved out of the ESL program and ended up in the class with Brittany.

"I did keep to myself for the most part," she says. "I didn't generally notice boys. Not that I didn't like guys but I definitely was not a high school girl that was always talking about boys. He came in and he was talking to everyone in Spanish and he was always in trouble with the teacher. He came in and made a big scene walking in the door."

They had mutual friends and they all started hanging out as a group, going to the beach, watching movies and just sitting around talking.

"He would say to my friend in Spanish that he liked me, knowing by then that I could probably understand him," she says.

Leo and Brittany were friends for months before their first date, on Dec. 30, 2006. They went to Jim's Burgers in Lennox, and because there was limited seating in the restaurant they took their burgers and chili cheese fries outside and sat in Leo's car.

For Valentine's Day 2007, just a couple of months after they got together, Leo orchestrated an all-day celebration. He had several of their friends present Brittany with origami hearts and letters -- L-O-V-E, stuffed animals, balloons and candies between each of her classes and in her closet at home. After school, he hid in the trunk of his car and jumped out to surprise her after her friend insisted she open it, bearing more gifts -- a giant teddy bear, chocolate cake from the restaurant where he worked and a sterling silver heart necklace.

Four years after they started dating, Leo made a paper box, placed a paper diamond ring inside it and left it for Brittany to find. When she found it, he gave a real promise ring.

Two years later, on a Friday night, they invited friends over to watch one of their favorite shows, which was a weekly tradition. Brittany had made spaghetti, put on some comfy clothes and settled on the couch, looking forward to an evening with her favorite people. In the middle of an episode, a slide show popped up, with photos of Brittany and Leo and of them with their friends.

Brittany thought the slide show might be a prelude to something special -- for their friends. But as she watched the photos displayed on the screen, Leo slipped away and put on a suit, and when he returned, he dropped to his knee and asked her to marry him.

They had sent their guests custom-made comic book-style save the date cards and wedding invitations, a nod to their love of Marvel and other superhero shows. They made centerpieces for their big day representing their favorite shows and games.

"There was one for 'Chuck,' one for 'Game of Thrones,' a 'Pokemon' one, I think there was probably one for 'Legend of Zelda,'" Brittany says.

They also had a cake topper custom made, a figurine of a man with dark hair holding open the dress shirt under his tuxedo jacket to show an "Ironman" symbol, linking arms with a blond woman.

"All of our guys wore superhero T-shirts under their tuxes," Leo says.

They had a second ceremony about a week later, on the beach at Puerta Vallarta, Mexico, with Leo's family looking on.

Brittany and Leo moved to Little Rock in 2011. They have a 5-year-old daughter, Amy.

She says: “There were a lot of things that went wrong that day but I thought I couldn’t do anything about that and I wasn’t going to let it ruin the day for us.”

He says: “I thought I lost the tickets for our honeymoon. I put my hand in my laptop back and they were right there, but I was like, ‘I cannot believe I almost ruined our honeymoon.’”

She says: “Always remember why you fell in love in the first place.”

He says: “Find the middle ground. You can always disagree, but there are things that don’t matter in the larger scheme. Put aside your pride and let them go.”

Print Headline: Eight years of dating paid off — in any language