PUTTING ON THEIR BOOGIE SHOES: Fundraising with our stars 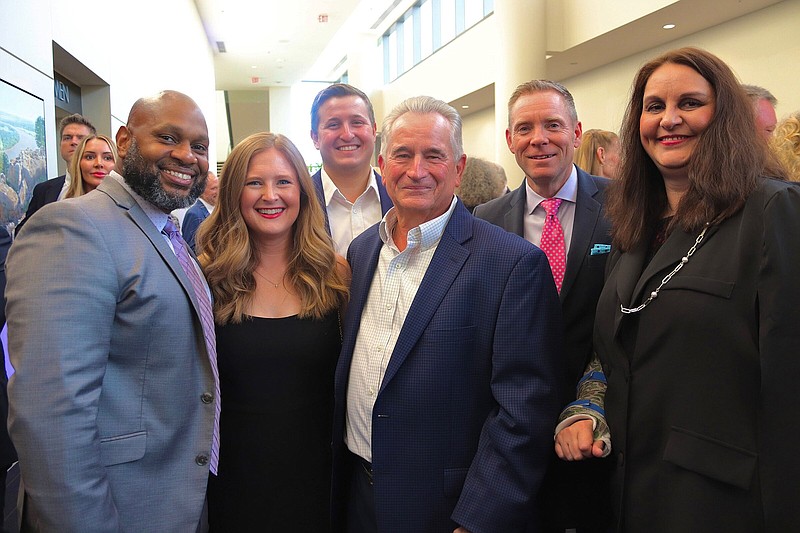 Two women took home the trophies at the 15th annual Dancing With Our Stars, held Sept. 8 in a sold-out Robinson Center Ballroom as a fundraiser for the Children's Tumor Foundation.

As usual, the evening, which included a cocktail reception, gourmet dinner and frequent cheers from supporting audience members, featured a diverse selection of music and dance styles. Jones, who cut an elegant rug with instructor Edgar Hall, models jewelry for Sissy's Log Cabin; Burkhalter, who performed with instructor Matt Boyce and wowed the crowd with her tap-dancing skills, is a spokeswoman for Gwatney Buick GMC in North Little Rock.

A special highlight was Bradley-Hole's performance with his instructor, Allison Stodola Wilson ... the two were both done up as glitzy, all-white-clad 1920s flappers.

The event raised nearly $300,000 for people living with neurofibromatosis (NF), a genetic disorder that causes tumors to grow on nerves throughout the body.

Gallery: Dancing With Our Stars

Print Headline: Fundraising with our stars