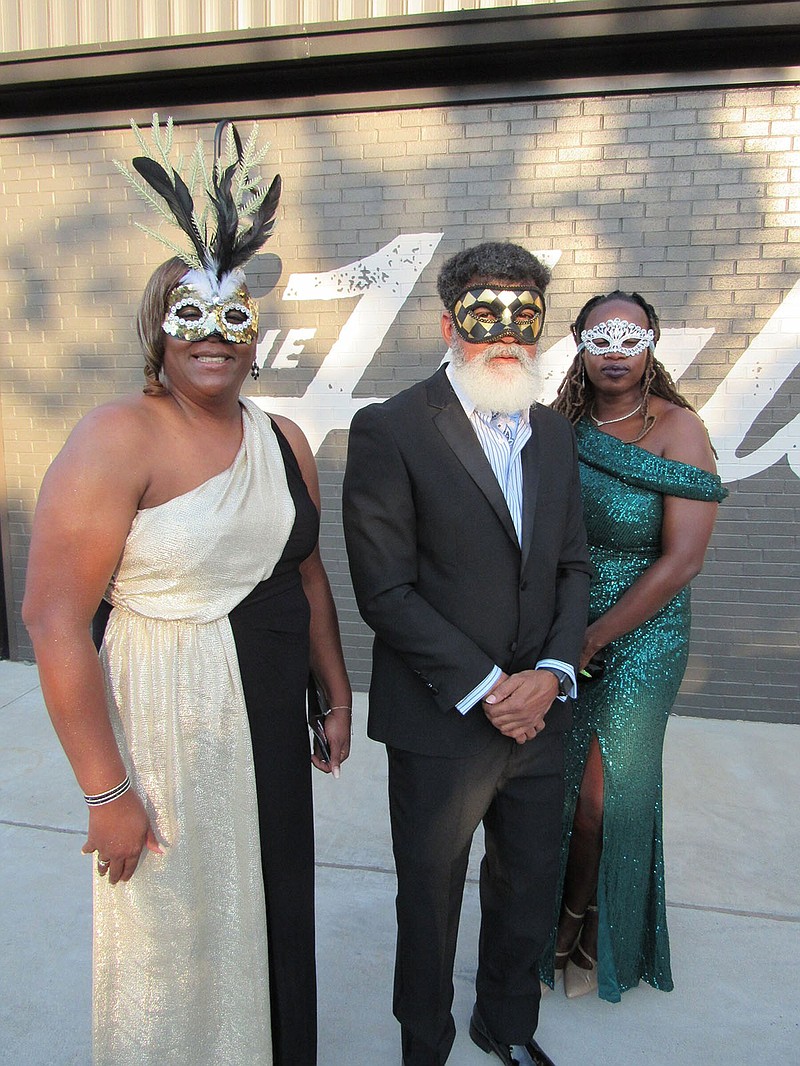 Opera aficionados strolled the red carpet for Opera in the Rock's Masked Ball, featuring a performance by mezzo-soprano Denyce Graves, at The Hall on Sept. 9.

Attendees had an opportunity to bid on auction items on the table at the end of the red carpet, including an African safari with a starting bid of $2,500.

Graves, the gala headliner, performed a program of Americana, including "America the Beautiful," some humorous "one-liner" songs by Cary Jacob Bond, a wistful art-song arrangement of "If I Only Had a Brain" from "The Wizard of Oz," a couple of spirituals and one of the "Notes from Robert," a song cycle she commissioned from composer John Conahan, musical settings of emails from Graves' husband, transplant surgeon Robert Montgomery.

-- Story and photos by Kimberly Dishongh and Eric E. Harrison

Print Headline: Having a ball